Anticipation is in high gear among residents at the Katuna border town ahead of the planned meeting between Ugandan President Yoweri Museveni and his Rwandan counterpart, Paul Kagame on February 21.

About a year since this incident happened, residents have said that they have registered untold losses.

Miria Akankwatsa, the chairperson of Katuna Women Cross-border Multipurpose Traders Cooperative said the suffering they have had is even risking the existence of their association. 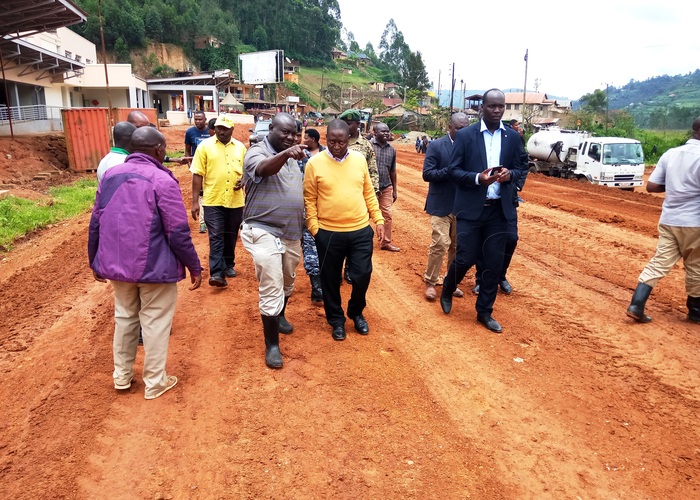 Bahati and other leaders of Kabale district supervising the ongoing construction works at Katuna border post on Saturday. Photo by Job Namanya

"We started this cooperative with the aim of helping each other in boosting development. When we were still in good relations with our neighbours, women in this group would deposit money almost every day and those who needed loans would find it easy to get them because we had enough savings," she said.

Akankwatsa, however, noted that those who have failed to clear their outstanding cooperative debts are many and thus the association is at risk of collapsing anytime.

"Whenever we organize meetings for the group, some members do not turn up thinking that we shall arrest them because they failed to pay their debts. Surprisingly, those who fear coming were the most active members of the group. We are afraid this group could be collapsing soon," she said.

The group is struggling because most of the members were traders who used to conduct their businesses from the Katuna border market which would take place every Thursday attracting most customers from Rwanda. The market is now redundant.

Michael Tumwebaze, a landlord and former cross-border trader, said he used money from his rentals to establish an electronics shop in Kabale town but since the border closure, his income has been reducing since most of his clients left the area.

"Since opening up my electronics shop in Kabale, I have not restocked for about a year now. I feel that if it continues like this, I may have to leave that business and focus on other things. There is no more income from my rentals to sustain my electronics shop," he said. 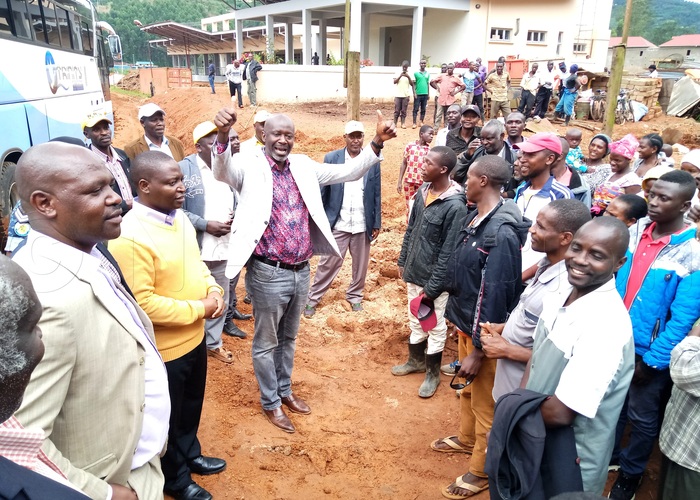 Efforts to solve the crisis have been undergoing between the two countries.

In August last year, Kagame and Museveni signed a memorandum of Understanding in Luanda, Angola. Recently, the two leaders met again in Angola where they resolved to meet again at Katuna/Gatuna border on February 21.

At the moment, the border is being set to host this high delegation meeting. Construction works in the no-man land are ongoing to ensure that that by meeting time the venue is up to the standard.

Nelson Nshangabasheija, the Katuna town council mayor, said their wish for Friday's meeting is a long-lasting solution to the standoff.

"We have had enough share of the suffering. Katuna is no longer the busy town it used to be. All that is left here are structures without business. We miss our brothers and sisters from Rwanda. This Friday meeting should at least be the best towards the restoration of our lost glory," he said.

While supervising the preparations, the Ndorwa West Member of Parliament, David Bahati, who is also the state minister for planning noted that this meeting is a great source of hope for residents who have struggled for long.

"Our people have been patient for long and we thank the efforts that are currently going on. Our main prayer is that this problem gets the best solution as soon as possible," said Bahati.

He asked residents to obey the security guidelines set by the authorities before and during that sensitive summit.