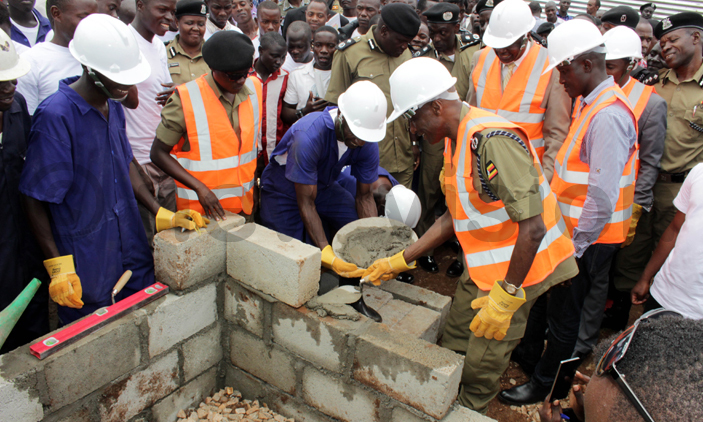 In May 2016, government pledged to build 7,000 modern accommodation units for the Police fund. The ongoing project commenced at the Kampala Metropolitan area.

The dispute is a subject of a court dispute after the consultant Virgil Omeke, trading as C&Q Associates, petitioned the civil division of the High Court in Kampala on February 7.

Omeke is aggrieved against Ahadi Consortium. The entity is made of three firms; Springwood Capital Partners Limited, Mota-Engil Africa Limited, and Vishal Patel. They are listed as joint defendants.

He said the delayed payment has inconvenienced and put him under immense financial strain.

Documents show Omeke's firm was contracted to execute and prepare a bid and several cost estimates for a barracks at Nsambya, Naguru, and other eight-division police stations.

The consortium was formed to undertake the multi-million dollar public-private partnership (PPP), to construct over 7,000 housing units at various Police barracks.

Documents show that on December 21, 2011, the consortium was granted Preferred Bid Status for the Uganda Police Force PPP Project. Omeke's firm was officially listed as the Cost Consultant for Ahadi Consortium.

Court filings also indicate that between January 2012 and September 2015, the consultant was instructed to prepare and execute revised costs and estimates and analyse compare with approximate life cycle costs. This was at the agreed consideration of $48,238.

The filings also indicate that in August 2015, the consultancy was instructed to prepare approximate bill of quantities for Naguru Barracks on behalf of the contractor at an agreed price of $120,000.

Omeke says his firm executed superb work, as directed, which was adopted and used in securing funding for the project.

"The plaintiff executed the said instructions for and on behalf of the defendants under m/s AHADI Consortium which work was approved and used the plaintiff's deliverables in the various negotiations with Government and financiers," says Omeke.

He wants court to slap a 30% interest per annum on the $186,283, starting from the date of filing the case, till full payment.