Saul Niguez scores the only goal of the match in the fourth minute, and the hosts hold on to take the slender lead to Anfield for the second leg.

Saul Niguez scores the only goal of the match in the fourth minute, and the hosts hold on to take the slender lead to Anfield for the second leg.

CHAMPIONS LEAGUE ROUND OF 16


Liverpool were the victims of an old-fashioned Atletico Madrid masterclass on Tuesday as Diego Simeone's side ground out a 1-0 win in Madrid to give themselves hope of reaching the Champions League quarter-finals.

Saul Niguez raised the roof at a bouncing Wanda Metropolitano by scoring in the fourth minute before Atletico's defence kicked in, suffocating the European champions and denying them a single shot on target.

If Alvaro Morata had not slipped when given a good chance in the second half, Atleti might even have taken a two-goal lead to Anfield, where they can expect an onslaught next month. 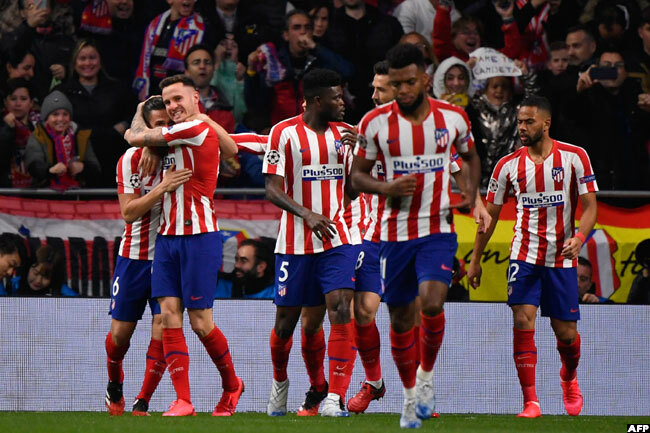 Yet even if Liverpool are still favourites to overturn this deficit and go through, the roar from the Atleti fans at the final whistle, aimed at their fist-pumping players on the pitch, suggested Simeone's team now believe.

Few had tipped them to keep this tie even alive for the second leg, let alone progress, given their own stuttering form while Liverpool, unbeaten in the Premier League, are gunning for a treble.

Jurgen Klopp said on Monday Atletico were a "results machine" but the temptation was to see his words as platitudes, not an accurate reflection of a side that sits 13 points behind La Liga leaders Real Madrid and had already lost six times this season 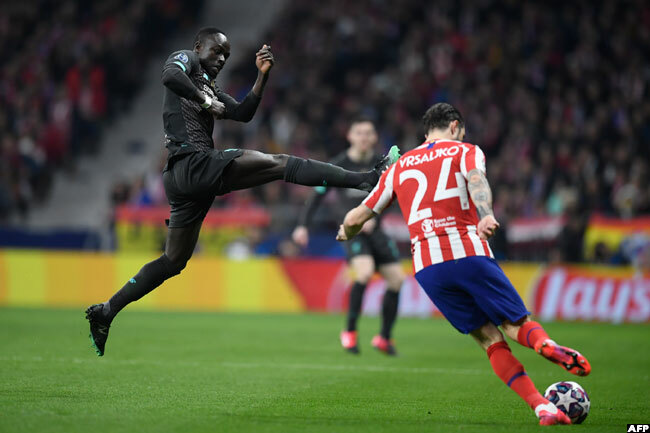 Yet Atletico under Simeone have also become synonymous with upsetting the odds, just as they did when winning the Spanish title in 2014 and then twice reaching the Champions League final.

For all their failings this season, they summoned that spirit here to produce the kind of performance full of tenacity, resilience and guts that was always going to be needed to give them any chance of success.

Simeone sprung a surprise by starting Thomas Lemar for the first time this year while Alvaro Morata and Diego Costa both returned from injury, the former from the start and the latter off the bench in the second half. Liverpool, who began with their expected eleven, have blitzed numerous opponents with explosive starts but they were the ones rocking early on as Atletico snapped at their heels, pressed hard and relished being first to every loose ball.

They took the lead, aided by a hint of fortune as Liverpool failed to clear the corner and the ball cannoned back off the foot of Fabinho for Saul to stab in from three yards.

On the sideline, Simeone beckoned his players to stay calm but they were celebrating in the corner while in the stands, the fans were delirious and given hope. 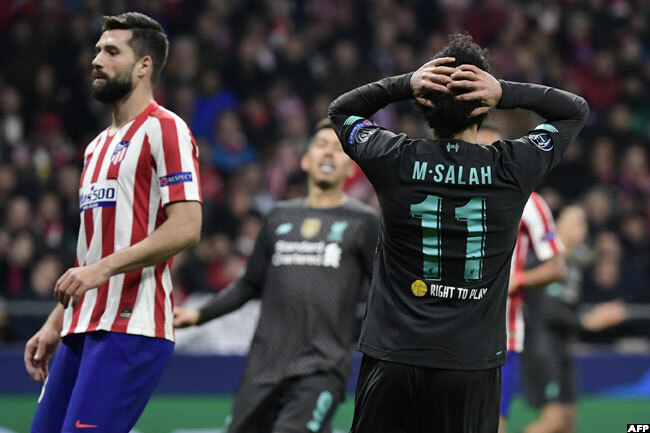 Atletico were given a lead to defend and the rest of the half was largely a picture of Liverpool dominating the ball but failing to break down the 10 red and white shirts in front of them.

Their best chances fell to Mohamed Salah but he passed Jan Oblak's mishit clearance to the offside Firmino before sidefooting into an open net and then saw a deflected shot fly over.

Oblak's error came shortly after an equally unusual mistake from Virgil van Dijk, whose poor header might have proved costly, only for Morata to miss the chance from the angle. 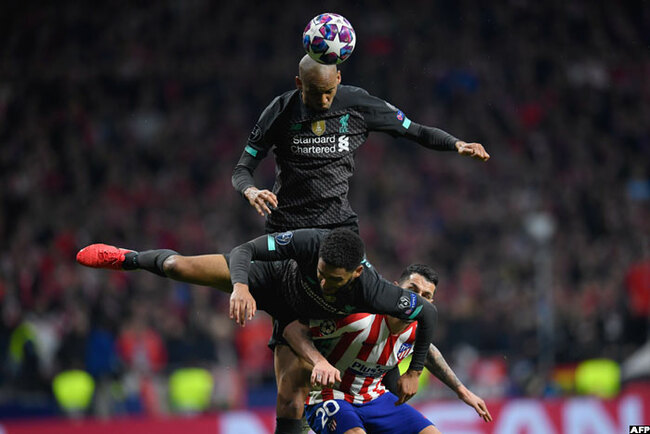 Sadio Mane, on a yellow card, was replaced at half-time by Divock Origi while Lemar made way for the more conscientious Marcos Llorente.

Simeone could sense Liverpool's momentum and he responded by frantically flapping his arms to demand more support.

Salah drifted into space at the back post but headed wide and Atletico came through another spell of pressure unscathed. Morata should even have made it two but slipped when about to pull the tigger on Lodi's cut-back.

He was taken off with 20 minutes left, along with Salah, and Costa made his return shortly after to a wave of approval from the home support. The roar was even bigger when the final whistle blew. 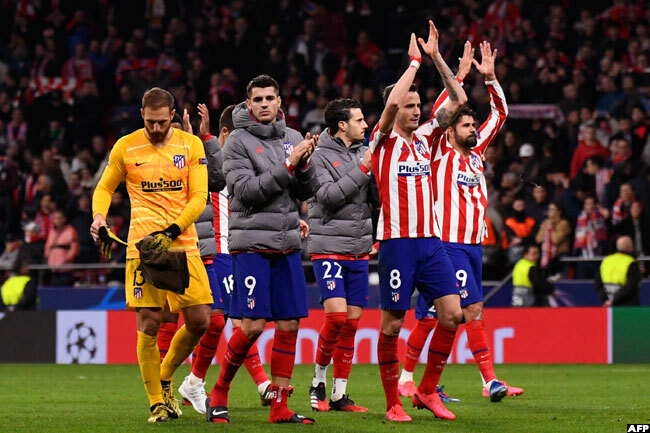