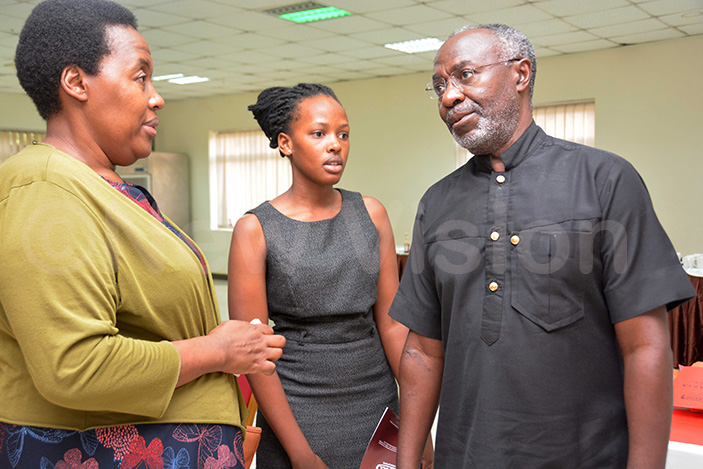 KAMPALA - The Muhairwe Education Trust has dropped five university students it has been sponsoring, on grounds of poor academic performance.

The Trust is sponsoring 19 students for their higher education at different universities in the country.

Of the 19, five have been dropped from the scholarship programme.

Started to enable bright but needy students in the country to get university education; 11 years ago, this is the first time the trust is dropping poor performers.

It has for the last decade, helped over 50 students graduate in different disciplines; under its sponsorship.

The new decision by the Education Trust, was communicated to the students in the presence of their parents and guardians during a meeting held in Kampala.

"We are taking action and we are serious about academic performance. Those who scored Second Class lower and any score below it, consider yourself dropped from our scholarship," Moreen Nyakato, the Education Trust programme manager, announced.

The students at the university, are graded using the Cumulative Grade Point Average(CGPA) system.

"All the students with the Second Lower and Pass Degrees are to be dropped," Nyakato said.

Explaining about the withdrawal of scholarship, she informed the audience that the affected students were selected based on being needy and bright.

"We knew we took bright students who are needy. But we have decided to let go of some of these students who failed to keep their commitment," she stated.

She explained that the students on the scholarship programme had signed a memorandum of understanding with Education Trust committing themselves to excel in their studies and file timely reports after the end of every semester.

The programme manager warned the continuing students against indiscipline or else the scholarship would be withdrawn.

Commenting on the withdrawal of scholarship, Dr. William Muhairwe, the founder of Education Trust, insisted that the organisation will not compromise on academic excellence.

"There is going to be no excuse," Muhairwe told the parents, students, and guardians.

He explained that the Trust will stick to its regulations of maintaining higher performance.

"If you have a Second Class Lower, don't bother us anymore. We have never withdrawn any scholarship, but it's the decision now," he said.

He, however, counselled the affected students not to lose hope; but to re-apply for the scholarship programme.

"You need to re-apply if the scholarship has been withdrawn. Make sure you do your job. I need First Class and Second Class Upper students," he told the audience.

Dr. Muhairwe said he was also sponsored by others since he came from a very poor family and wants to extend the same gesture to needy students from poor families, who are bright.

Joy Naigaga, who hails from Luuka district, apologised for poor performance but pledged to perform better.

She pleaded to be given a second chance.

"How shall I work harder when the opportunity has been taken away from me," Naigaga wondered. "Kindly help us," she pleaded, during her remarks to the gathering.

Another student who identified himself as Mark Lutega also pleaded to be given a second chance to improve his academic performance.

"At least give us another chance we are going to work harder better than before," Lutega said.

"It breaks my heart. My daughter would be the only engineer in our home area. Please support her," Oyako pleaded with the management of Education Trust.

Anne Namakula another parent told the audience that her son who is studying law at the School of Law Makerere University; is the only lawyer in the family, who deserved to be given chance to continue with studies.

She appealed to the Education Trust to allow his son to continue with his studies.