A statement from the ministry of foreign affairs said an Iranian envoy had confirmed Rouhani's participation in the Kampala April summit.

A statement from the ministry of foreign affairs said an Iranian envoy had confirmed Rouhani's participation in the Kampala April summit.

KAMPALA - Iranian President Hassan Rouhani will be in Uganda next month to attend the 3rd South Summit, an official has revealed.
A statement from the ministry of foreign affairs said an Iranian Special envoy had delivered the message of Rouhani's participation in the summit.
"The Minister of Foreign Affairs, Sam K. Kutesa today this morning met with the Special Envoy of the Minister of Foreign Affairs of the Islamic Republic of Iran, Mohammad Javad Zarif at the Ministry of Foreign Affairs," the brief statement said.
"H.E.  Seyed Morteza Mortazavi, the Ambassador of  Iran to Uganda, accompanied the Special Envoy, who confirmed the participation of H.E Rouhani, President of  the Islamic Republic of Iran, at the 3rd South Summit scheduled to take place in Kampala in April 2020."
Last year, Prime Minister Ruhakana Rugunda held a meeting with Rouhani on the sidelines of the 74th session of the United Nations General Assembly in New York and extended the invitation. 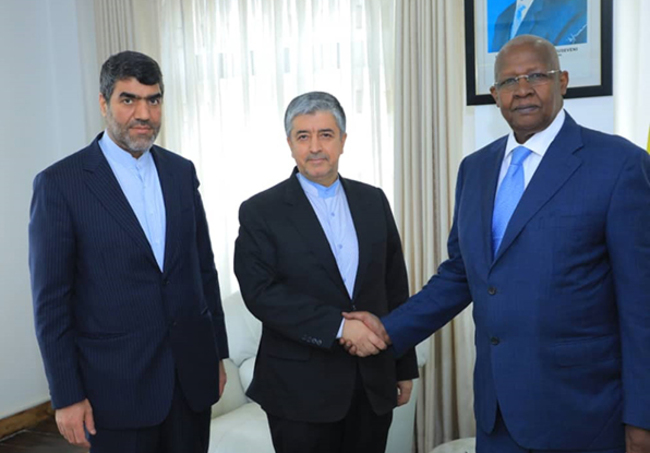 Uganda was confirmed as the host for Group of 77 (G77) Summit last year. The South Summit is the supreme decision-making body of the G77.
The First and Second South Summit were held in Havana, Cuba, in 2000 and in Doha, Qatar, in 2005, respectively.
About G77
The G77 was established in 1964 by 77 developing countries who are signatories of the "Joint Declaration of the Seventy-Seven Developing Countries" issued at the end of the first session of the United Nations Conference on Trade and Development (UNCTAD) in Geneva.
Although the members of the G77 have increased to 134 countries, the original name was retained due to its historic significance.
The G77 is the largest intergovernmental organisation of developing countries in the United Nations, which provides the means for the countries of the south to articulate and promote their collective economic interests and enhance their joint negotiating capacity on all major international economic issues within the United Nations system, and promote South-South cooperation for development.
It is not clear whether the summit will not be postponed in the wake of the outbreak of Coronavirus.

Women plead with Besigye not to walk