Only a few could be more excited than Young Nial, a South Sudanese refugee currently residing in Ethiopia, as the African continent embarks on "Silencing the Guns" to end all wars, which continue wreaking havoc on the resource-rich, yet less-stable continent.

Being one of the major flagship aspirations of Africa's 50-year continental development Agenda 2063, dubbed "The Africa We Want," Silencing the Guns in Africa by 2020 has been everything that the 16-year-old South Sudanese refugee has been yearning for, as the extended civil war in his home country forced him to seek refuge in South Sudan's neighbor Ethiopia, along with his four family members.

"No war in my country means we will be able to return to our home and start a normal and peaceful life once again," Nial told Xinhua.

As African leaders vowed to end all wars across the continent during their latest meeting as part of the 33rd African Union (AU) Summit that was held at the headquarters of the AU in the Ethiopian capital Addis Ababa from February 9 to 10, Nial and millions of conflict-affected children across the continent have been given a boost of hope that they will be able to embrace continental peace and stability, a major prerequisite to a prosperous Africa.

LONG WAY TO GO
Amid the greater need to end all wars across the continent, Chairperson of the AU Commission, Moussa Faki Mahamat, said that the year 2020 has been proclaimed the year of "Silencing the Guns on the Continent" while addressing the continental leaders' summit.

"How to succeed in this feat in a continent grappling with significant phenomena such as terrorism, inter-community conflicts, pre, and post-electoral crises or even disputes between states?" the chairperson of the 55-member pan African bloc asked African heads of state and governments on Sunday.

Mahamat also emphasized the need to exert concerted efforts to realize the continental aspiration of silencing the guns across the African continent.

"By acting concretely on all these issues and their root causes, by giving ourselves the political, military and diplomatic means, the challenge of silencing the guns can be won," he added. 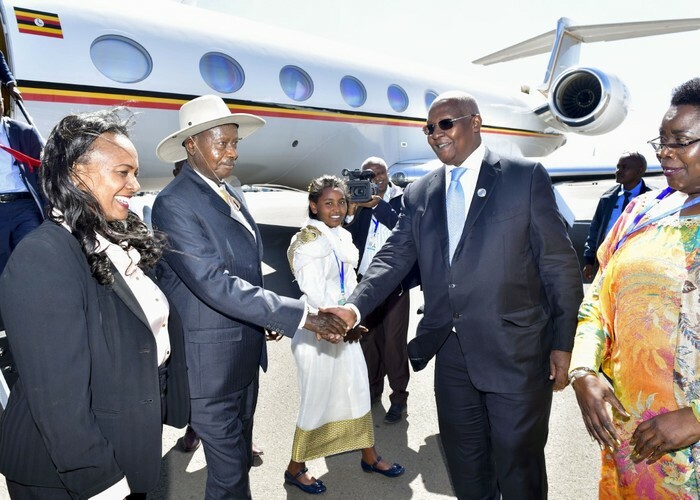 African leaders adopted the AU Master Roadmap of Practical Steps for "Silencing the Guns in Africa by 2020" back in January 2017 as part of AU's 50-year continental development Agenda 2063, which envisaged ending all conflicts in Africa by 2020 with the provision of specific timelines and streamlined division of targets.

Ramtane Lamamra, the special envoy of the AU Commission chairperson on Silencing the Guns, argued that while respect for national sovereignty is paramount, "this should not undermine the efforts to scale up conflict prevention and, if and when necessary, take collective action in the name of the principle of non-indifference as enshrined in the Constitutive Act."

"Cognizant of the fact that civil conflicts are triggered by series of disagreements, disparities within or between individuals, communities, and factions, we are faced with the challenges of being more creative in conceptualizing and implementing innovative solutions to conflicts," Lamamra said on Monday.

"In this perspective, our focus should primarily be to ensure the preservation of national unity, the functioning of state institutions and overall sovereignty of the people," said Lamamra.

He said a significant proportion of conflicts across Africa have been predominantly driven by ethnic rivalry over political succession, disagreement over modalities for the conduct or outcome of national elections, and power struggles within the state.

Conflicts have also arisen due to struggle over control and access to natural resources and their benefits, Lamamra added.

"While we continue to deploy conventional methods of conflict resolution through processes that involve the use of wise Pan-Africanist, international and regional organizations, the involvement of neighboring countries, peace support operations and civil society organizations, we should be cognizant of the nature, scope and cultural settings of these conflicts," he said.

CALL TO REPEAT UNITY
As African leaders join hands to tame conflicts that are wreaking havoc on the continent's development aspirations under the AU umbrella, experts are also calling on the continent's policymakers to repeat the unity achieved on Africa's Continental Free Trade Area Agreement (AfCFTA), which was launched in July 2019.

The Institute for Security Studies (ISS), an African non-profit organization, in its recent publication "Conflict is Still Africa's Biggest Challenge in 2020," stressed the imperative for African leaders to "repeat the show of unity achieved on continental free trade to silence the guns." 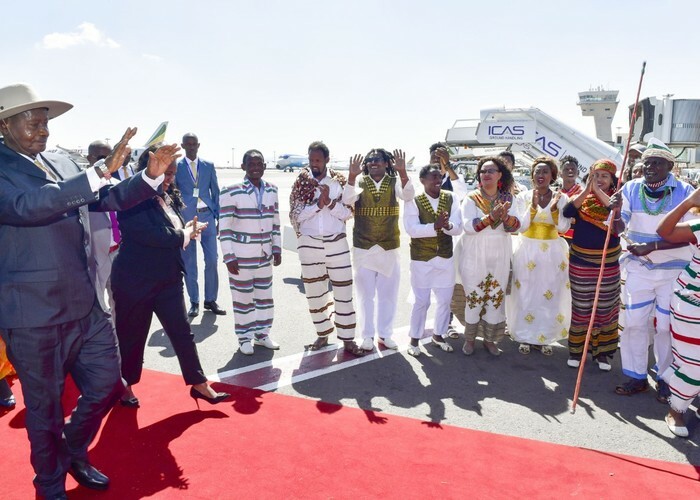 According to the institute, 2020 "is supposed to be a landmark year" for the 55-member pan African bloc, as the AU endeavors "ending all wars, civil conflicts, gender-based violence, violent conflicts and preventing genocide in the continent by 2020."

Noting that Africa's pattern of "new conflicts bubbling up alongside existing ones is likely to repeat itself," the ISS also emphasized that the Sahel region is of particular concern.

According to the institute, a surge of violence in both Burkina Faso and Mali this year underscored the fragility of the governments in both countries, while conflicts in and around the Lake Chad Basin area have also continued.

Noting that South Sudan's peace deal "is hanging by a thread," the institute also indicated that new fighting between ethnic groups in central South Sudan had left at least 79 people dead and forced the deployment of UN peacekeepers.

"The prospects of a resolution to this (South Sudan's) long-running conflict in 2020 look slim," the institute argued.

It also noted that the situation has resulted in "widespread communal violence and tensions within the ruling party."

The institute also argued the need to tame regular flare-ups of violence in the Central African Republic, the conflict in the Ebola virus-affected Democratic Republic of the Congo, as well as Nigeria's entrenched long fight against Boko Haram, saying the phenomenon necessitates further attention during the just-started 2020.

African experts have also emphasized the magnitude of expected continental engagements that would help end all wars and conflicts in Africa.

"While no one can argue with that laudable goal, the continental body and its member states will have to work miracles to achieve it by the end of this year, especially when the trend seems to be heading in the other direction," Costantinos Bt. Costantinos, who served as an economic advisor to the AU and the United Nations Economic Commission for Africa, told Xinhua.

GROWING OPTIMISM
As articulated by South African President Cyril Ramaphosa, who is also the current chair of the AU for the year 2020, the ambition of Silencing the Guns will help the African continent to fully capitalize on the continent's natural resource as well as human capital.

"We are rich in natural resources, yes, but also in history, in intellectual output, in culture, in a sense of humanity and in human capital," Ramaphosa said, adding that "as Africans living in this new era, we shoulder the greatest of responsibilities to ensure that our wealth does not become our poverty; that our blessing does not become our curse, and that our endowment does not become our downfall."

"It is to us that the task has fallen to build an Africa that is prosperous and at peace with itself," the South African president said.

According to Ramaphosa, the South African government will work together with the AU Commission's Peace and Security Council to "focus our efforts on conflict resolution across the African continent, especially those experiencing protracted conflicts."

Despite growing concern that silencing the guns would be a mammoth task, given the nature of ongoing and recurrent conflicts across the conflict, some have also expressed optimism regarding the continent's potential and capabilities to do so.

According to Lamamra, repeating recent achievements made in promoting peace and security in Africa would help realize the major objective behind the continental aspiration of ending all wars.

"Looking at the achievements made in promoting peace and security in the continent in recent decades ... the noble objective of silencing the guns and ending wars in the continent is achievable," Lamamra said.

He also noted that from around 30 active conflicts in 2004, Africa must celebrate the fact that it is now addressing fewer conflicts than in the past.

"Africa has a robust blueprint for promoting peace, security, and stability, as well as advancing good governance, respect for human and people's rights and constitution," he said.

Obama endorses Biden for US president