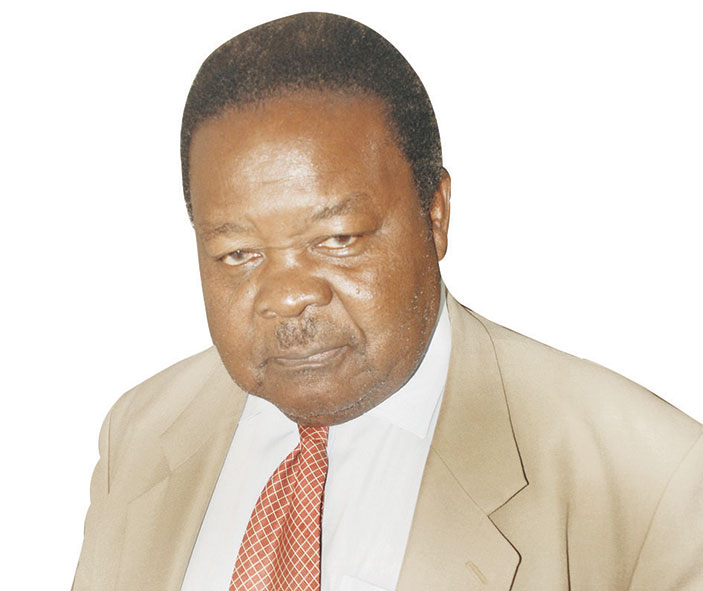 Kenya achieved Independence on December 12, 1963, after going through a 10-year Mau Mau War of Independence, which was led by the founding father, Jomo Kenyatta, a Kikuyu. The Kikuyus, who are now 20 million people, spearheaded the bitter struggle for independence.

Kenya has had four presidents since Independence. Each of the first three presidents played his part in the development of Kenya.

Kenyatta who led Kenya for 15 years will always be remembered as a man who laid a firm economic foundation for the country.

Mwai Kibaki built a strong democratic system for Kenya as well as a wonderful economic infrastructure. Mwai Kibaki led Kenya for 10 years after succeeding Moi in 2002.

According to the Kenyan constitution, Moi was elected by parliament as an interim president for three months and after that he was elected in a popular vote as president of Kenya.

I lived in Kenya for 33 years when I was a student and when I worked for the defunct East African Airways.

The Independence constitution gave Kenya a multiparty system and the parties were Kenya African National Union (KANU) of Jomo Kenyatta which fought for Independence and Kenya African Democratic Union (KADU) of Ronald Ngara of the Giriama tribe from the coast.

During the same year after feeling that he had consolidated himself in power, he developed a tendency of suppressing "the economic power" of the Kikuyus, who had helped him a great deal to take power.

Good enough his "Kalenjin elders" advised him to leave the Kikuyus alone and never ever interfere or suppress their economic empowerment. The Kikuyu control about 60% of Kenya's economy.

They told him: "Use this time when you are President to develop the Rift Valley and Western Kenya. When you leave power in future we shall proudly say that we produced a son Daniel Arap Moi and when he was President, he did all these good things for us."

Moi heeded their advice and he moved very fast to develop the Rift Valley and western Kenya.

He started with changing the education system from ours here of Senior Five and Senior Six before entering the university, to the 8-4-4 system, that is eight years in primary, four years in secondary and four years at university.

The 8-4-4 system helped him to educate many Kalenjins and people of western Kenya. He offered them jobs in the civil service. He set up facilities that enabled them to buy farms, set up industries, factories and businesses in many areas of the country.

He built schools, colleges and universities in the Rift Valley and western Kenya and other infrastructure.

Introduction of the multiparty system

In 1990, the Kikuyus demanded that the multiparty system to be re-established in Kenya. There was a formidable demand for it and two leading Kikuyus: Kenneth Matiba and Charles Rubia spearheaded the demand. Raila Odinga from Luoland and a son of Jaramogi Oginga Odinga who was with Kenyatta and they fought for Kenya's Independence also joined the struggle.

Moi detained them for two years and many Kikuyus who had settled in the fertile farming areas in the Rift Valley lost their lives during tribal clashes.

America, through their ambassador then, Smith Hampstone, put an irresistible pressure on Moi to accept the multi-party system.

In January 1992 he called a general meeting of the party at Kasarani and they passed a resolution accepting the system. President Moi had released the detainees in 1991.

Mwai Kibaki formed the Democratic Party. KANU and Moi won the general elections 1992 and 1997 that followed the introduction of the multi-party system.

The Kikuyus portrayed a high degree of political maturity because during the tribal clashes in 1990, the Kikuyu Elders advised the young generation not to retaliate against Moi and the Kalenjins.

They declared: "Do not answer Moi's provocation because in five years' time, he will not be President of Kenya and we shall come back to power.

In 2002, when Moi was retiring from politics, the Kalenjins and the Kikuyus set a remarkable and historical precedent in politics.

There were rumours in Kenya that Moi, his family and his people had amassed a lot of wealth and properties.

Both the Kalenjins and the Kikuyus declared that in order to keep peace and tranquility in Kenya forever and ever, nobody will ever prosecute or confiscate his wealth and the wealth of his people. It has kept Kenya peaceful (let alone what happened in 2007).

That is what we want and praying for to happen in Uganda in 2026 when President Museveni will be handing over to his successor after the general elections.