Security heightened ahead of Harvest Money...
Next Story

Speaking to journalists on the sidelines, the spirit broken Karuhanga said, “If the hospitals were well equipped, Ugandans would get the best diagnosis hence the best treatment,” he said.

The children of the late Jova Kyomugisha eulogizing their mother during her funeral services at Lady of Africa Church Mbuya on February 10, 2020. Photos by Ivan Kabuye

Speaking to journalists on the sidelines, the spirit broken Karuhanga said, “If the hospitals were well equipped, Ugandans would get the best diagnosis hence the best treatment,” he said.

KAMPALA - Gerald Karuhanga, the MP Nutungamo Municipality, aired his disappointment with the ailing health system in the country that he blamed for the loss of many lives.

This was during a requiem mass held on Wednesday evening at Our Lady of Africa Church in Mbuya, Kampala, where mourners turned up in big numbers to celebrate the life of his mother, Jova Kyomugisha Kafureeka, who succumbed to cancer last week. 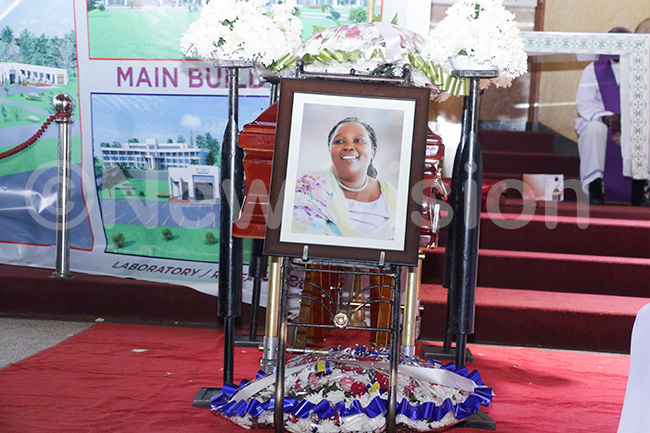 Bigwigs from across the political divide such as former security minister Henry Tumukunde, former FDC President Kizza Besigye and many other parliamentarians were in attendance.

Speaking to journalists on the sidelines, Karuhanga said: "If the hospitals were well equipped, Ugandans would get the best diagnosis, hence the best treatment."

He added: "It is disappointing that the Government has failed to appreciate the formula for development - you begin with human beings and they must be healthy. You don't begin with roads while developing."

This was after Karuhanga told the big congregation of mourners that as much as the doctors are well trained, they didn't have the equipment to detect cancer in her late mother's body because they did not have the right cancer screening machines. 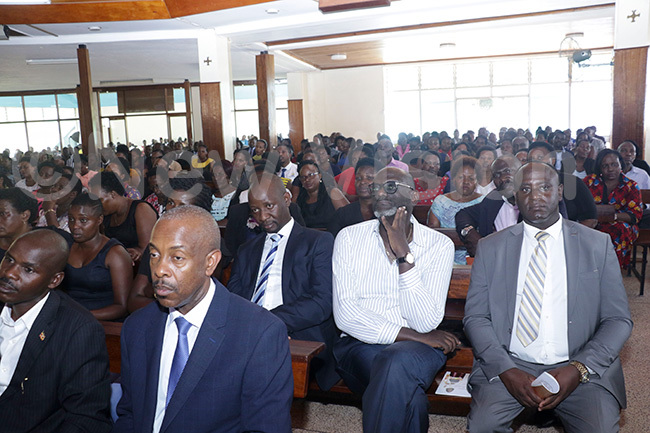 He said the doctors in all government and private hospitals failed to diagnose cancer until they flew the patient to India, then Germany, where she died from.

This sent the mourners into the somber mood as he narrated the ordeal of the mother's health journey to Germany, where she had gone to receive specialized treatment, only for the doctors to inform them that it was cancer in its advanced stage.

The saddened legislator said they were told that their mother had cancer of the intestines and that it was in an advanced stage.

The late Kyomugisha touched many souls as many spoke very highly of her. She was described as a God-fearing woman, who instilled moral values in all her children.

Kafureeka died at 56 years and she is Survived by 11 children and a widower Jacob Kafureeka Jka-jex, a renowned businessman and the Mayor of Ntugamo Town.

She will be laid to rest in Mishenyi village, Itojo sub-county, Ntungamo district.

How to buy a good mattress

Back Pain-your bed could be the source of trouble

Back Pain-your bed could be the source of trouble

Govt gets loan for elections

Govt gets loan for elections