Top 40 under40: Meet the top star performers
Next Story

Nabakooba: From barefoot pupil to cabinet

My background is really poor, but God has a way he can make a path for someone. Some of us had no shoes in primary school and we were not even sure whether we would find food at home after school.

My background is really poor, but God has a way he can make a path for someone. Some of us had no shoes in primary school and we were not even sure whether we would find food at home after school.

Q Congratulations! Were you surprised?

Yes, I was. I did not expect any appointment. Even in my family, nobody expected it because we all thought we were coming towards the end of kisanja (term).

But God does His things miraculously. I am humbled that the appointing authority gave me the opportunity to serve Ugandans. I do not take it for granted. I thank His Excellence, the President. I just pray that God helps me to deliver to the expectations of Ugandans. The media is awash with several militia groups mushrooming in the country, what is your take on these groups that are taking centre-stage in politics as various actors prepare for the 2016 general election?

The media has been reporting that so and so is about to become the commander-inchief of this militia group, ready to secure his or her votes. These people say they do not trust the Government because they have their own militias. We have been addressing this issue in our meetings. This is not the first time militias are coming up. In 2010, some people tried to put up militia groups in Masaka, Kawempe and Jinja. However, the security architecture is well-organised — you know who is where and when at a particular time. We are preparing for elections. The Police is advanced in the recruitment of special Police constables to supplement them in guarding polling stations. And when the time comes, Police will be in the lead to secure the electoral process and they have what it takes to do that. Intelligence will inform Police of those causing trouble. 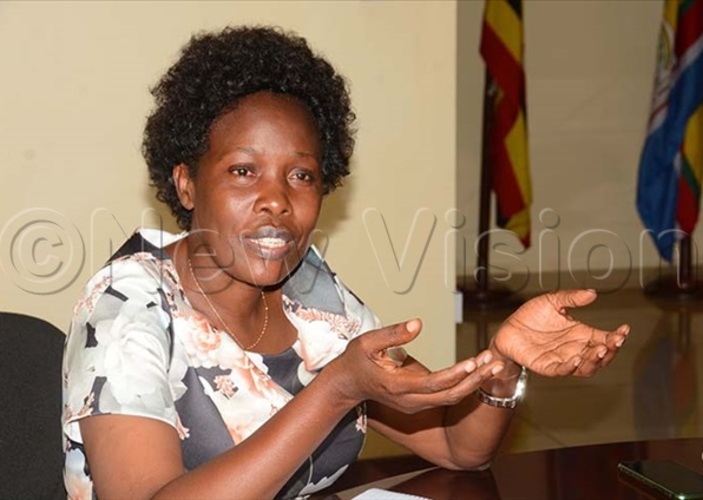 When you joined Police in 2004, did you ever imagine yourself becoming a Cabinet minister one day?

(Laughs) Honestly, no! Of course, I admired people in big positions, but I had not seen myself anywhere near to being a minister. However, I was ambitious because I am passionate about serving communities. I was among the first few professionals of mass communication to join the Police. We were many graduates who applied to join, but it is only Kampala Metropolitan Police spokesperson Patrick Onyango and I who were recruited. We joined the public relations department and, being the first woman to step in that office professionally gave me an edge as people were willing to help me. I was the first woman police spokesperson in Uganda. What inspired you to join Police?

When Mama FM (the first female-run radio stationin Africa) was beginning, its proprietor, Margaret Sentamu-Masagazi, headhunted for workers at Makerere University and I was lucky to be among the few who were picked. I was taken up as a programme producer and among the programmes I was producing was a community policing programme. So, I would host Afande [Asan] Kasigye, Annet Nabaggala and a few others who used to work in that department at that time. As a young girl, I picked interest and asked them how I could join Police. Kasingye told me he would let me know when they were recruiting. The opportunity finally came in 2003 and I applied. How did your family react when you decided to join Police?

At first, they were worried. They wondered whether I would manage because Police seemed male-dominated. I had to explain to them that I was not the first woman to join the force.

How was your background?

My background is really poor, but God has a way he can make a path for someone. Some of us had no shoes in primary school and we were not even sure whether we would find food at home after school. But, one thing that I remember vividly is that in spite of that poverty, I was bright. I would be among the top three in my class. My parents, who are farmers, struggled to raise our school fees. And I think what kept me in school was the fact that I was somehow bright and my parents, Mr Serwadda and Nansiimbe, would always find a way of making sure that I moved on. My father gave birth to many children and I am the first born. People are amazed at your rapid rise in Police and now in Parliament. Could there be more than meets the eye?

Of course, it is God's grace. The way I joined Police was as miraculous as the way I joined Mama FM. I had never worked on radio, but somebody had confidence that I would be trainable. I am not outgoing, but I am systematic, consistent and I do not give up. I do not want to be a failure.

Did some Police officers make sexual advances, promising to help you progress?

Men make advances to women everywhere. But, how you respond to them is the most important thing. I was already in a relationship and I could not compromise myself by falling in love with another man. 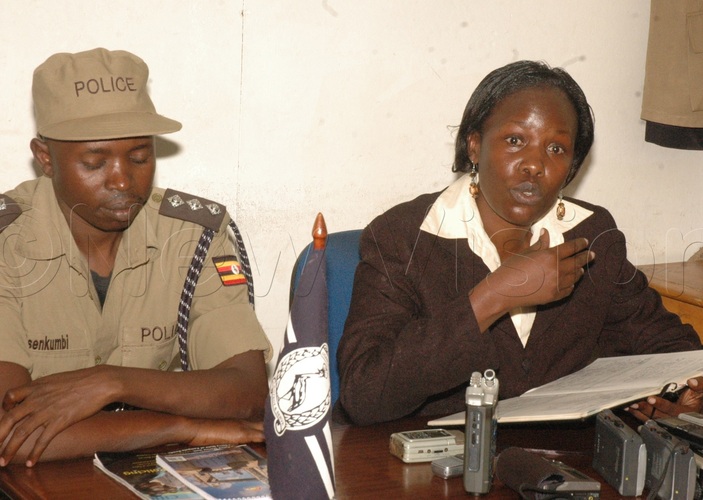 The President tasked you with fighting corruption in your ministries. How will you achieve this?

For the few days I have been here, I have noticed that ICT can help us a lot as a nation to reduce corruption because, if we can embrace the automation of key government services, we can reduce human contact. For example, brokers can be eliminated.

What are your other priorities?

I want to see the projects that were started by my predecessor (Frank Tumwebaze), including the construction of the innovation hub in Nakawa completed. I want more support for innovators to develop applications and see Ugandans embracing them. I also want the achievements of the Government highlighted in the media. In addition, I want media to access information that is in the possession of public officials.

Uganda Communications Commission (UCC) is always accused of drafting tough laws to gag the media. As a former journalist, how will you help the media overcome this?

Constant engagements can create a better environment for both UCC and media. 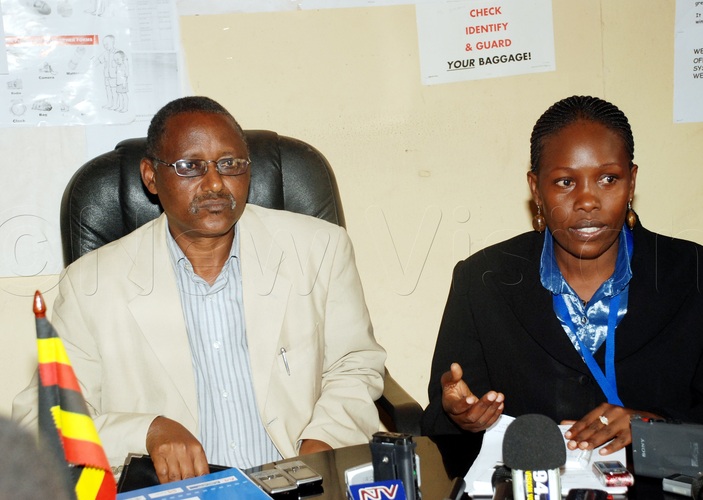 There have been media complaints about unprovoked Police violence against journalists. Journalists are hoping that you, their former colleague and former policewoman, are coming with workable solutions.

We recently held a meeting with the Uganda Journalists Association and it was fruitful. We urged them to always be in touch with the Media Council and the information department of the ministry.

But, remember that the Police has a unique role in the society of safeguarding the interests of the country. It has to be balanced with the role of media of informing the public.

So, I want to see the media and security coming together and developing guidelines on covering security-related matters.

What is your biggest achievement, so far, as MP?

I have performed my parliamentary duties quite well, especially legislation. I ensured the President hears the voices of rural people and removes property rates in villages and trading centres.

The rates had become a big issue, especially in Mityana. My people were not yet ready to pay them because they are low-income earners. I also headed a team with the mayor to lobby for the rehabilitation of Mityana municipal roads that had not been repaired for the last 20 years.

I have initiated programmes of improving household incomes. I also bought three ambulances and I have completed building a health centre in one of the subcounties (Banda). I have also fought for the rights of bibanja holders and lobbied for social services, such as the construction of schools and the extension of electricity. 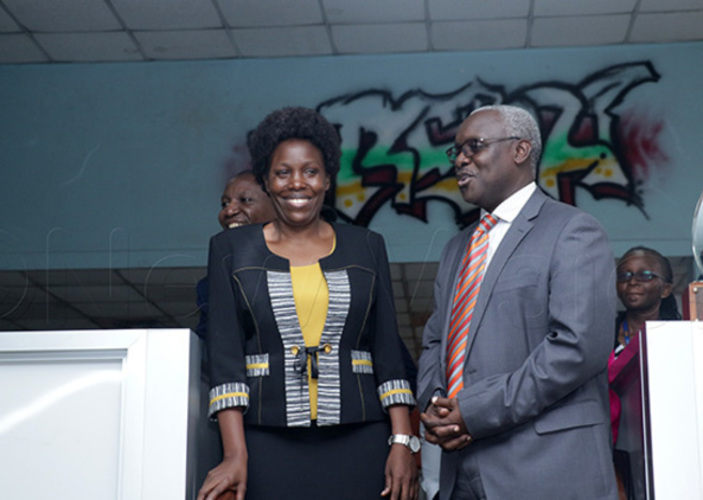