In pictures: Schools open for first term
Next Story

The Israeli premier is visiting Uganda for the second time in the last five years.

The Israeli premier is visiting Uganda for the second time in the last five years.

The Uganda Christian Coalition for Israel has called for the full resumption of diplomatic co-operation between Uganda and Israel, with the opening of full-fledged embassies in Kampala and Jerusalem.

The coalition, a non-denominational lobby of churches and Christians, made the call ahead of Israel Prime Minister Benjamin Netanyahu's second visit to Uganda today.

Netanyahu will be in the country for a one-day state working visit, according to the Government spokesperson, Ofwono Opondo.

"He is here for an official visit at his request. He is coming with a big delegation of up to 45 officials," Ofwono said. 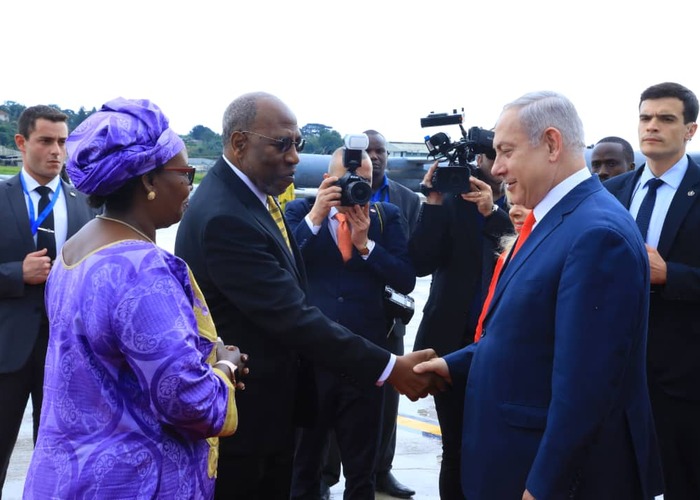 During his last visit, Netanyahu toured Entebbe international Airport to mark 40 years since the July 4, 1976 raid in Entebbe. His brother Yonatan was killed at Entebbe during the hostage rescue operation.

The permanent secretary of the foreign affairs ministry, Ambassador Patrick Mugoya, said Uganda and Israel enjoy cordial bilateral relations, although Kampala does not have a mission in Israel. 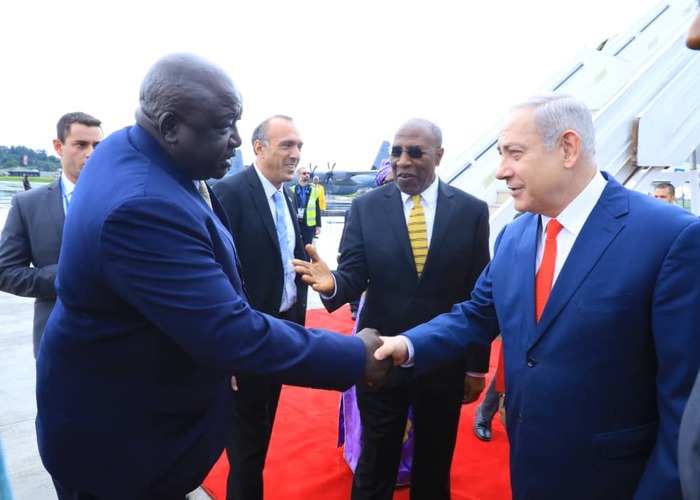 The Uganda Christian Coalition for Israel was formed in 2019 to strengthen relations between Uganda and Israel. The Coalition envisions ties that cover the spiritual, political, commercial, economic, and agricultural aspects of national life, according to a statement issued yesterday and signed by Pastor Wilson Mugarura, the coalition's deputy coordinator.

The statement quoted a number of religious leaders speaking on the need for the two countries to restore full diplomatic co-operation. Pastor Drake Kanaabo said: "On a spiritual level, Uganda regards Israel as the mother of Christianity.

Ugandan Christians are no longer standing on one leg for Israel, but two — in prayer and action." 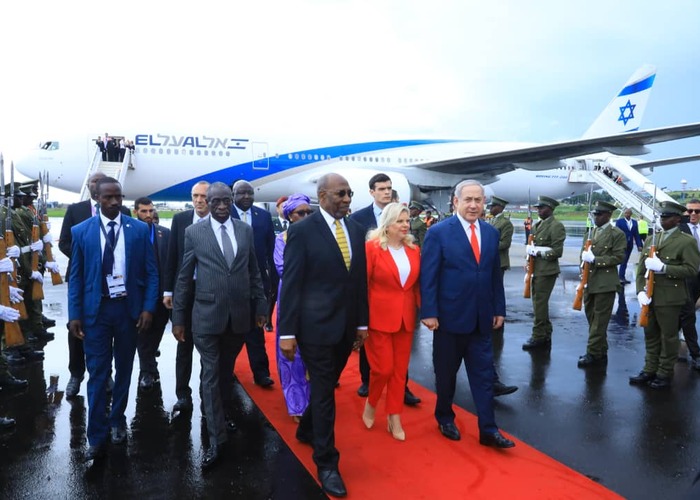 Bishop Joel Obetia, a senior lecturer at Uganda Christian University and a retired bishop of Madi West Nile Diocese said: "An embassy in Jerusalem would be good. It would be prophetic. Jesus Christ was a refugee at the top of a river (Nile) that begins here in Uganda, and, therefore, Uganda has contributed to the salvation story. I led five pilgrimages to Israel, and each time my faith would grow. Netanyahu's coming will strengthen us."

Rev. Canon Rebecca Nyegenye, the Provost at All Saints Cathedral, Kampala, said: "To have Ugandans visit Israel is a missionary agenda of the Church because lives are transformed. Many Ugandans go to Israel to walk in Jesus' footsteps. Having full diplomatic relations would make it easier." 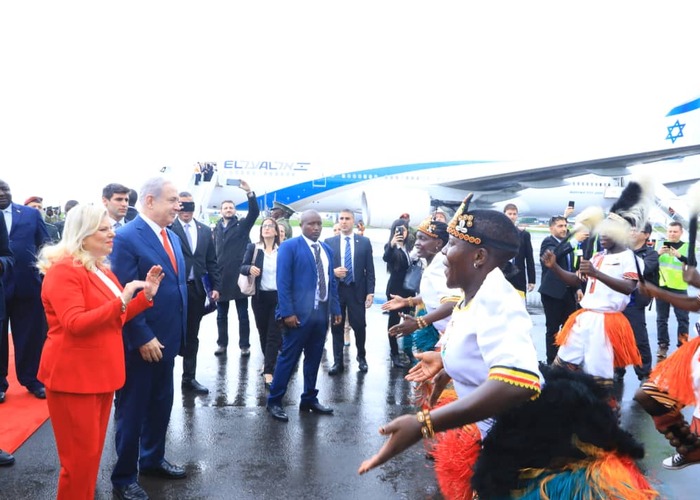 Rev. Canon Christine Shimanya, the Anglican Chaplain at Parliament, said: "I was with a team in Israel on July 4, 2016, the exact day Netanyahu made his first visit to Uganda. We were in Israel to do a prophetic prayer action to cement the relationship between the two countries. While on a boat ride on the Sea of Galilee we commemorated the prime minister's visit by giving a Uganda flag to an Israelite and the Israelites gave us there flag. We also met one of the soldiers who participated in Operation Thunderbolt on July 4, 1976."

Pastor Laban Jumba, the Eastern Africa co-ordinator for Intercessors for Africa, said: "We learn from the Bible that God divided inheritance for the nations, starting with Israel. It is like buttoning a shirt; when the first button is the right hole, others will fit correctly. Therefore, it is very important that Uganda as a nation relates properly to Israel."

Bishop Joshua Lwere, the general overseer of the National Fellowship of Born again Pentecostal Churches of Uganda, said: "God has two covenant peoples — Israel and the rest of us. He promises that MagaraHe will bless all nations that bless Israel. Jeremiah describes Jerusalem as a prophetic city. Taking our embassy to Jerusalem would be prophetic because it is an eternal city. It is a contact point for all nations."

Dr. James Magara, the chairperson of Intercessors for Uganda, said: "The people of Israel gave us the patriarchs, the law, the prophets, the holy scriptures, and the Messiah — Lord Jesus Christ. In the early years of our Independence, Israel brought alot of value into Uganda in agriculture, civil works, medicine, trade, and the development of the economy. It has been our prayer for many years that full diplomatic relations be restored."

Bishop Nathan Ahimbisibwe of South Ankole Diocese said: "The Israeli prime minister coming back after such a short time means that a big relationship is developing. Uganda can learn much from Israel in fields of farming, skills development, faith, diplomatic, spiritual and commercial ties." 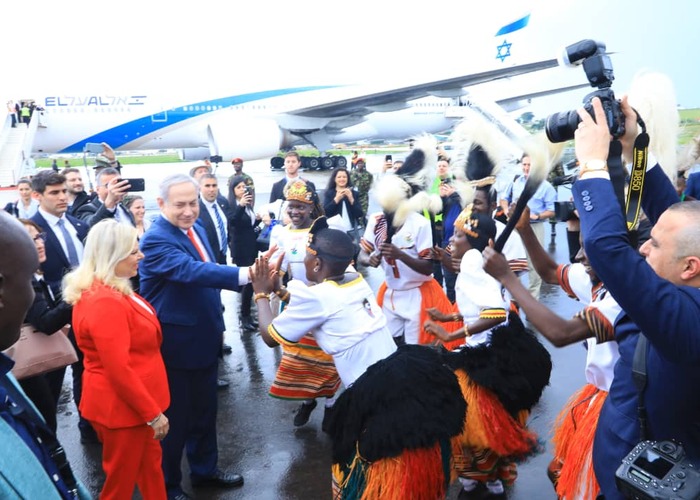 David Sseppuuya, the author of Uganda, Africa & Israel: Prophetic Implications of Historical, Geographical and Divine Connections, said: "Our ties with Israel date back thousands of years, including as a source of water and life for the Messiah, the patriarchs Abraham and Jacob, as well as Moses, as a place of refuge, and as a contact point for all Africa. Full diplomatic relations would be within these ties."

Uganda enjoyed full diplomatic relations with Israel until they were abruptly severed by Kampala in 1972, following the expulsion of all Israeli citizens by the than government.

Despite the absence of diplomatic representation in either capital, there relations have been cordial. Many Ugandans study in Israel, while others visit as tourists or pilgrims. A number of Israeli businesses have invested in Uganda and private individuals visit as tourists. 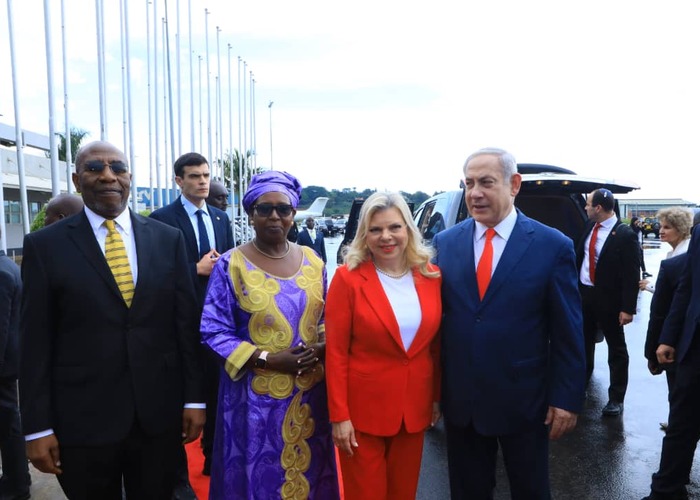 President Yoweri Museveni hosted Prime Minister Netanyahu on July 4, 2016 at Entebbe for the commemoration of 40 years since the rescue mission that freed Israeli and Jewish hostages held by Palestinian hijackers.

The ties between the two countries have been longstanding and Netanyahu's visit today is the third by an Israeli prime minister. The first was by Levi Eshkol in 1966. 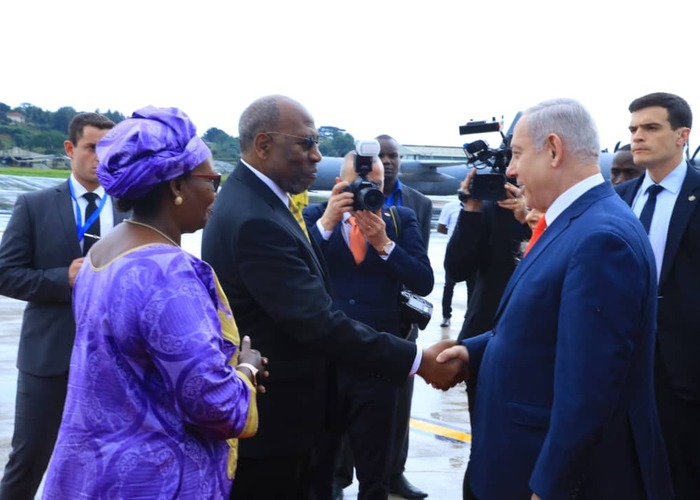 A senior Israeli cabinet minister attended the raising of the new nation's flag at Kololo on October 9, 1962. The two countries were development partners from 1962 to 1972.

Uganda is among the countries with Abayudaya, a community whose members formally converted to Judaism.