This will be the second time Netanyahu is visiting Uganda. The first time was in July 2016.

This will be the second time Netanyahu is visiting Uganda. The first time was in July 2016.

"He will be here on Monday on a one-day official visit at his request. The trip is being coordinated by director general of the External Security Organisation Joseph Ocwet. He is coming with a big delegation of up to 45 officials and a big press team," said Ofwono.

This will be the second time Netanyahu is visiting Uganda. The first time was in July 2016. when he held bilateral talks with President Yoweri Museveni on a number of issues, including trade, investment and security.

During his visit, he also toured Entebbe Airport to mark 40 years since the July 4, 1976 raid in Entebbe. During the hostage rescue operation, h's brother, Yonatan, was killed at Entebbe. 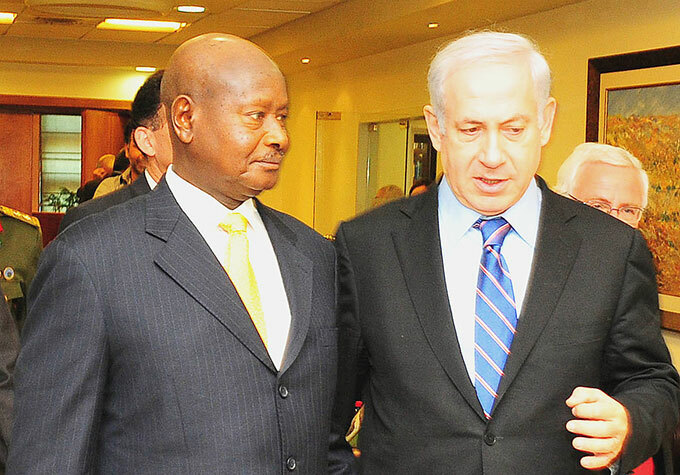 The visit comes against a backdrop of media reports that Uganda plans to open an embassy in Jerusalem.

However, the permanent secretary at the ministry of foreign affairs, Ambassador Patrick Mugoya, dismissed the reports as false.

He said although Uganda and Israel enjoy cordial bilateral relations just like the country does with other countries around the world, Kampala does b not have a mission in Israel or Jerusalem.

In 2018, the US officially opened an embassy in Jerusalem, recognizing it was the capital city of Israel, a move that US officials said would create greater regional stability.

However, critics said the decision to recognize Jerusalem as the Israeli capital could make a region already struggling with four ongoing conflicts all the more combustible.

Gov't asked to take graduates to Kyankwanzi for job skills