Mbekeka calls for harmony in players' docu...
Next Story

"It's as if we are playing a soccer gala, you could clearly see fatigue bodies on the pitch..."

Bamweyana is not happy with the fixture congestion. Photos: Michael Nsubuga

"It's as if we are playing a soccer gala, you could clearly see fatigue bodies on the pitch..."

After being held 1-1 at home at Luzira Prison Ground by relegation candidates Tooro United on Friday in the StarTimes Uganda Premier League, Maroons FC head Coach Doglous Bamweyana was left frustrated by the rapid re-scheduling of league matches.

He believes this is what that has caused the deep in form of his players due to fatigue something he believes cost his side the two points on the day.

"My players were fatigued; it also angers me that in a professional league like ours we play the next game after 24 hours. These players are not machines and by the way, even machines need to rest," Bamweyana fumed.

According to Bamweyana, the organizers of the league behave like they want to get rid of the games quickly thus congesting them which he believes is not professional and makes players not give out their full potential on the field.

"I think they should respect the league first as we see in professional leagues things are not done the way are done here.

"First of all this match was scheduled for Saturday but we were surprised to see it pushed back to Friday.

"It's as if we are playing a soccer gala, you could clearly see fatigue bodies," he further explained.

Steven Mukwala scored his 13th goal of the season for Maroons with James Kasibante leveling matters for Tooro United. 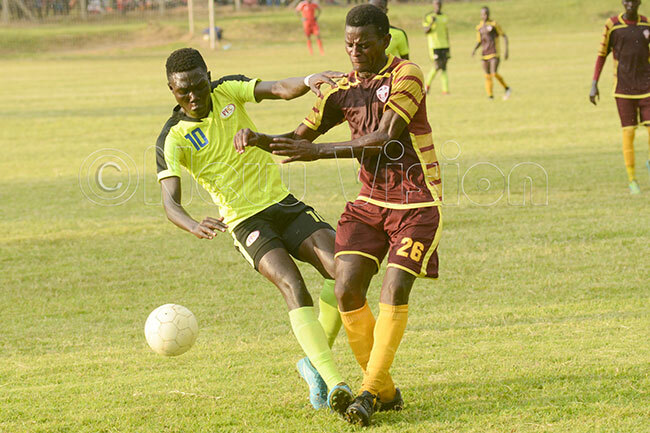 Action between Maroons and Proline in the UPL at Luzira ground.

Maroons played Bright Stars away in Kavumba on Wednesday and lost 2-1 whereas Tooro United played a 1-1 draw at home to URA on Tuesday.

The Friday result saw Maroons firmly hold on to the 9th position on the log with 24 points.

Muhammed Kisekka Tooro's head coach whose side moved to 15th position with 16 points, one point behind bottom-placed Proline with 15 points with a game in hand was impressed with the spirit of his boys having come from behind to salvage a point away from home.

"My mission is to help the team survive relegation and from the performance, the boys have put up. I am very satisfied and hopeful we shall survive the relegation," a confident Kisekka told New Vision after the game.

The loss frustrated Mike Mutebi's side from climbing on top of the standings with a point above leaders Vipers SC who are playing Onduparaka on Sunday at St Mary's Stadium Kitende.

The victory sent URA to 4th place on the table level on points with SC Villa 33 points though Villa has a better goal difference.

French 'falling out of love' with Macron after 100 days