Express are not only 22 points behind leaders Vipers, but six above bottom side Proline.

Express are not only 22 points behind leaders Vipers, but six above bottom side Proline.

Coach George Ssimwogerere's journey at the helm of Express could be coming to a close following their 1-0 defeat by rivals SC Villa Wednesday in Bombo.

Emmanuel Wasswa's header through a David Owori's cross in the 68th minute ensured maximum points and continued to pile more pressure on Ssimwogerere who is leaving on borrowed time.

Express are not only 22 points behind leaders Vipers (43 points), but six above bottom side Proline (Express are 12th with 21 points). 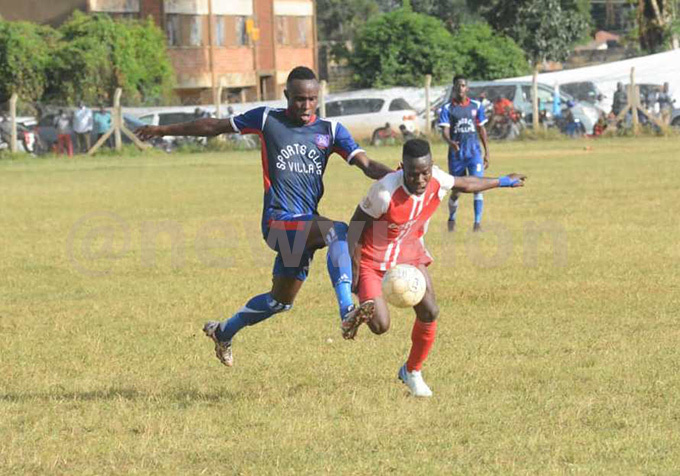 A Villa defends against an Express player

The Red Eagles were also to blame after Frank Sseyondo and second half substitute Ivan Ocholit failed to take away their chances especially in the second half.

Villa who moved third on the log with 33 points registered their second consecutive victory after defeating Vipers 1-0 at Kitende a week ago.

Owori,Bashir Mutanda are some of the Villa players that failed to take away the chances created.

At Kavumba, Bright Stars defeated Maroons 2-1 as they continued to fight to avoid relegation this season.