MENU
Six Nations round 1 - what we learned
Previous Story

“Winning the title will require the grace of God. We have to put in more hard work to get the Job done” Musinguzi added.

“Winning the title will require the grace of God. We have to put in more hard work to get the Job done” Musinguzi added.

The 2017 champions suffered a title dent when they lost 15-13 to Mulago Rams on home turf in Bweyogerere and dropped from the fourth to sixth position on the 10 team league table log.

Losing three games out of six has left Pirates' coach Robert Musinguzi with no option but to rest his confidence in the hands of God, because it seems the fight should turn on second position. 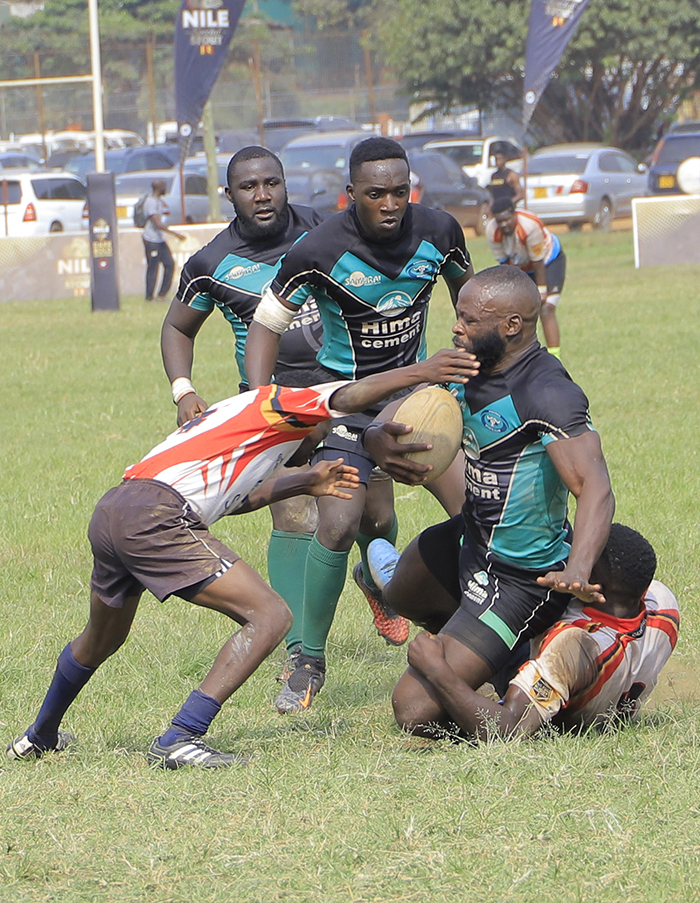 Jinja Hippos players tackle Heathens Scott Oluoch with the ball during their game. Heathens won56-0. Photo BY Johnson Were

"We didn't assert ourselves enough to win the game, so we lost narrowly," Musinguzi said.

"Winning the title will require the grace of God. We have to put in more hard work to get the Job done" Musinguzi added.

Meanwhile in the other games played, at Kyadondo former Hima Cement Heathens' coach Robert Sseguya received a rude welcome as his side (Jinja Hippos) was whipped 56-0 by the defending champions Heathens. 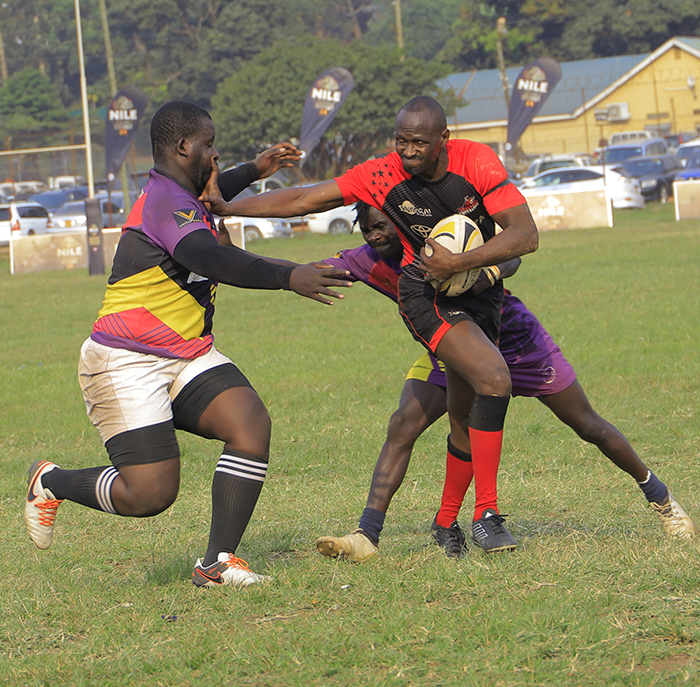 Toyota Buffaloes Brian Tabaruka with the ball during tackled by Warriors players during the Nile Special Stuot Premeir Rugby League. Buffaloes won 13-8. Photo by Johnson Were

Sseguya was however impressed by the performance of his boys.

"I'm impressed by the way they played. We were 19 players, some still injured but we put up agood fight. They were superior in the park and we have learnt something we are going to address before second leg" Sseguya said.

Heathens stretched their lead on table standing to 28points, four ahead of Betway Kobs in Second Position.

Plascon Mongers who defeated Shell Rimula Rhinos 33-21 climbed two positions to third position with 17 points while Warriors alsom17 points are in fourth position and Buffaloes are fifth with 15 points.