There were no Muslim leaders from the district at the court including fellow other imams from Kyampisi Mosque.

There were no Muslim leaders from the district at the court including fellow other imams from Kyampisi Mosque.

The embattled Imam of Kyampisi Masjid Noor Mosque in Kayunga district, Sheikh Mohammed Mutumba, 26, on Friday came face-to-face with his ‘bride' Richard Tumushabe alias Shabullah Nabukeera for the first time in two weeks since the pair was detained following the discovery that the latter was a man.

Mutumba was later released on Police bond but he was re-arrested when he went back to report at police and was taken to court and charged with having carnal knowledge with a person against the order of nature under the unnatural offences in section 145 (a) of the Penal Code Act before Kayunga Grade One Magistrate Irene Akello who sent the accused on remand to Ntenjeru Prison saying she did not have powers of jurisdiction to handle such a case.

Tumushabe also appeared before the same magistrate who read him two counts of theft and having canal knowledge of a person against the order nature before he was sent on remand to Ntenjeru Prison where the duo was kept apart according to sources. 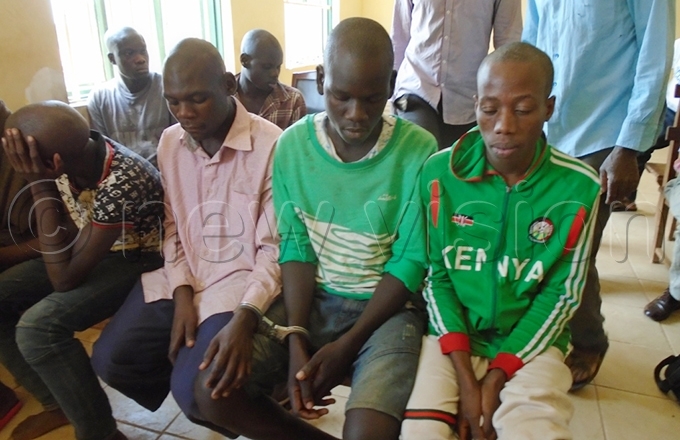 Mutumba and Tumushabe were on Friday sent back on remand by Akello after the Mukono Chief Magistrate that also covers Kayunga district did not show up for hearing of the case.

Mutumba's parents, other relatives and friends turned up in big number to follow court proceedings, however, there were no Muslim leaders from the district at the court including fellow other imams from Kyampisi Mosque.

Mutumba's lawyer, Isaac Ssemakadde expressed concern over the absence of the chief magistrate for the hearing; something he said has denied the accused the right to apply for bail. 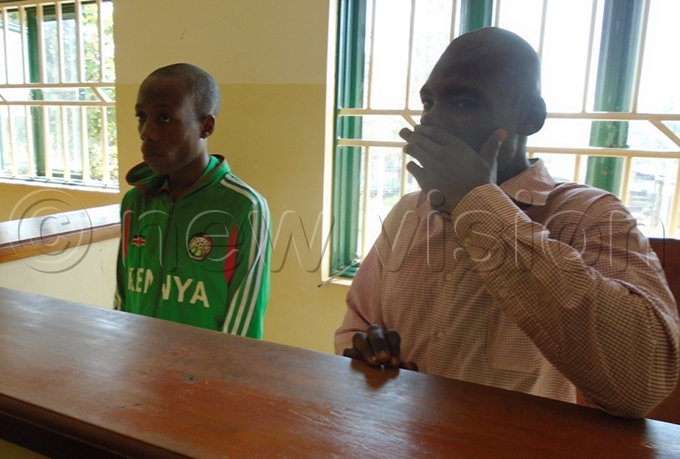 Mutumba and Tumushabe in the dock at Kayunga Court. Photo by Charles Jjuuko

"Relatives of the accused had turned up ready to stand sureties to get bail and we don't have much hope that even on the 30th (January) when my client will come back, there shall be a chief magistrate to handle his case," Ssemakadde said

He noted that it was unfair for someone's rights to be curtailed due to administrative bottlenecks within the judiciary. He said since Kayunga does not host a chief magistrate, he would raise the matter with the Principal Judge.

Akello asked prosecution led by Justine Feni to avail Tumushabe's lawyer, Juliet Kanyange from Human Rights Awareness and Promotion Forum, with all the information concerning Tumushabe's file about theft so that she can peruse through it before he returns on February 5 for the hearing of the case. Sheikh Mutumba's relatives were in court for the hearing. Photo by Charles Jjuuko

It was at Kayunga Police Station where Mutumba came to know that his ‘bride' was a man after Tumushabe was subjected to a thorough check-up by female Police officers before he was taken to the women's cells following arrest on allegations of stealing a flat-screen television and sh300,000 from a neighbour identified as Jimmy Lyazi.

Mutumba claimed that Tumushabe duped him into marriage by disguising himself as a woman and always wore a hijab.

New Budhagali will not eat for 8 days

Body of Saudi tourist who drowned in the Nile recovered

Body of Saudi tourist who drowned in the Nile recovered...