China shuts down transport in eight cities...
Next Story

Feng shui masters predict a lucky year for Donald Trump but warn Harry and Meghan's futures are less certain as they make a bid for freedom.

A worker arranges flowers in front of a decoration with a figure of a rat to celebrate the upcoming Lunar New Year at a park in Hanoi on January 20, 2020. (AFP Photo)

Feng shui masters predict a lucky year for Donald Trump but warn Harry and Meghan's futures are less certain as they make a bid for freedom.

As the world prepares to welcome the Year of the Rat, feng shui masters predict a lucky year for Donald Trump but warn Harry and Meghan's futures are less certain as they make a bid for freedom.

Both the US President and the Sussexes have begun 2020 with a bang.

The former is facing down an impeachment trial -- and seeking re-election in November -- while the latter are beginning a new chapter in Canada after consciously uncoupling from the gilded but pressured career of being a working British royal.

But if experts in the field of Chinese horoscopes are to be believed, it is the US president that will have the easier journey this year.

"Trump has a prosperous destiny," Gao Yu-lin, a feng shui expert from Taiwan told AFP, after consulting his copy of "I Ching" -- the ancient Chinese divination book used by many fortune-tellers. 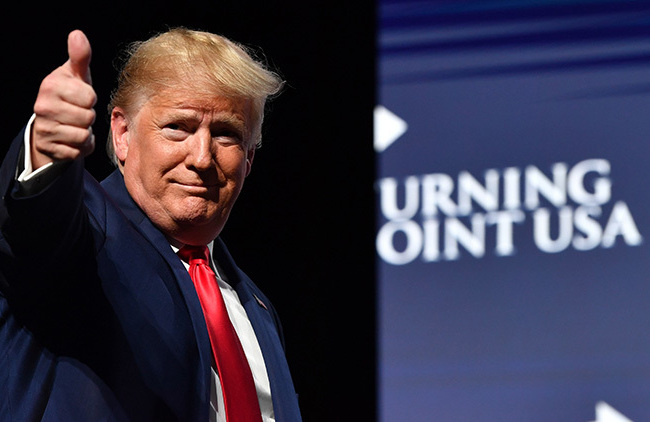 "His destiny is like a 'child of heaven' which leans towards a safe, smooth ride and he can overcome all hindrances," Gao added.

Wang Hsin-yi, who based her predictions from a divination system used in temples dedicated to the popular sea goddess Mazu, agreed that the stars are suggesting a second Trump term.

"Trump has good fortune in 2020 and will achieve new feats. He can turn bad luck into good luck and chances are good he will succeed in what he wants."

Tsai Shang-chi, a Taipei based fortune-teller, is a little more cautious.

"Trump's fortunes are largely enhanced in 2020 which is favourable for his campaign," he told AFP.

"But whether he can be re-elected or not will also depend on the fortunes of his challengers."

Things are less clear cut for Harry and Meghan.

The couple has set up a new home on Vancouver Island following their shock exit from life as working royals but the road ahead is bumpy.

Wang said she worries about the physical distance the pair have created between them and the British royal family.

"Harry and Meghan need to think things through and take it easy for family harmony, if they are alone they can't get what they wish for and will cause worry for themselves," she said.

"They can't live far from their family or things won't go well," she added. 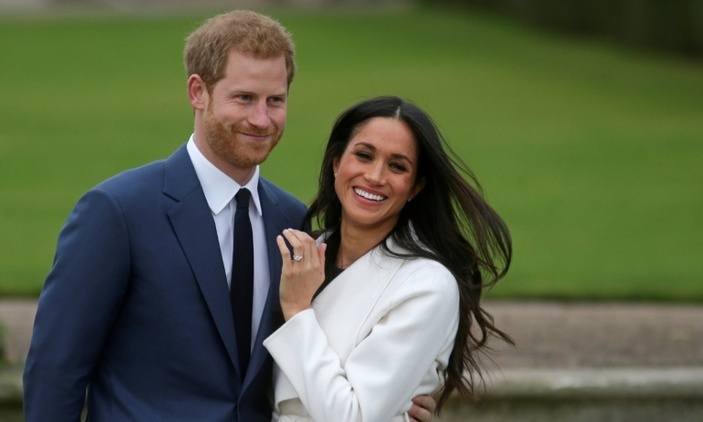 Gao said 2020 looked fairly prosperous for the couple but he warned problems could appear in later years.

"They need to be careful in 2023 for saying the wrong words and doing the wrong things or their image could drop to rock bottom," he said.

Tsai said the stars showed Meghan's influence over her husband would be more pronounced in 2020.

"Meghan could make wrong financial decisions to cause losses and increase financial pressure on Harry," he predicted.

"They could still sustain their lives financially in 2020 but it might deal a blow to their relationship."

The Lunar New Year is the most important festival in the Chinese calendar, marked with a fortnight of festivities as reunited families wrap dumplings and exchange gifts and red envelopes stuffed with money.

It is also a moment when many get new horoscopes for the year ahead.

Feng shui -- literally meaning "wind-water" -- is influential in many parts of Asia, where people adjust their lives and carefully position items such as a cup of water or pieces of crystal in offices and homes to maximise their luck and wealth.

The philosophy says that all events are dictated by the varying balances in the five elements that make up the universe: metal, wood, water, fire, and earth.

The Chinese zodiac switches yearly between twelve animals who adopt a different elemental attribute each time they come around, which soothsayers then use to make predictions.

This week's Lunar New Year welcomes the arrival of the "metal rat".

While the rat might not be the most aesthetic of the Chinese zodiac animals it is nonetheless prized as a symbol of reproductive success, wealth and intelligence.

It is also the first animal on the Chinese zodiac, making its arrival a little like the start of a new decade.

Legend says that the wily rodent earned its pole position because it hitched a ride on the back of the ox to the Jade Emperor's palace and then jumped down to cross the finish line before all the others.

The last time the world celebrated the Year of the Rat was 2008.

It was a huge moment of optimism for China as Beijing hosted a lavish Olympic game. But the year also witnessed the global financial crash which still reverberates to this day.

This year, the emergence of a mysterious and deadly virus in mainland China is already taking the shine off festivities.

Taiwan astrologer predicts a year of bloodshed for U.S

The Chinese Year of the Rat: Year of tension and disaster