KCCA FC sign Aliro on a five-year contract
Next Story


Roberto Firmino struck another late winner for Liverpool as Jurgen Klopp's men opened up a 16-point lead at the top of the Premier League with a 2-1 victory at Wolves on Thursday.

Liverpool also lost Sadio Mane to a first half injury and were grateful to goalkeeper Alisson Becker for not falling behind in the second half.

However, like crucial victories against Leicester, Aston Villa and Crystal Palace earlier in the campaign, Liverpool left it late to snatch another vital three points in their quest to end a 30-year wait to win the title as Firmino smashed home six minutes from time. 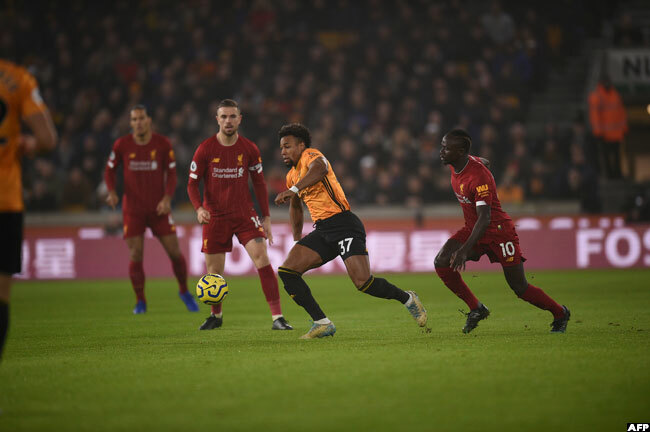 Set-pieces have been one of the keys to Liverpool's success and just like against Manchester United on Sunday, a well-worked corner got the visitors off to a flying start.

Wolves' attention was taken by the towering presence of Virgil van Dijk and instead it was Henderson who met Trent Alexander-Arnold's near-post delivery with a header that rebounded onto his shoulder and past goalkeeper Rui Patricio.

Most sides would have been disheartened by that early blow, but Wolves showed why they are contenders for a top-four finish by immediately putting the European champions on the back foot.

Matt Doherty should have levelled from Wolves' own smart corner routine as the Irish international was perfectly picked out by Ruben Neves but headed wide. Liverpool then suffered a major blow as Mane pulled up and had to be replaced by Takumi Minamino.

The Senegalese has scored 15 goals this season and could now be a doubt for the first leg of Liverpool's Champions League last 16 tie at Atletico Madrid in less than four weeks' time.

Mane's absence is unlikely to sway the momentum of the title race, but his presence was missed as Liverpool struggled to regain control in the second half.

Jimenez and Adama Traore were left on the bench when the sides met in late December just two days after Nuno Espirito Santo's side had come from behind to beat Manchester City and Wolves' two most dangerous attacking weapons made a huge difference.

Traore had a lucky escape when he conceded possession on the edge of his own box a minute into the second period and was bailed out by a fine Patricio save to parry Mohamed Salah's driven effort.

However, the Spaniard's pace was too much for a Liverpool defence that had kept seven consecutive Premier League clean sheets to handle moments later. 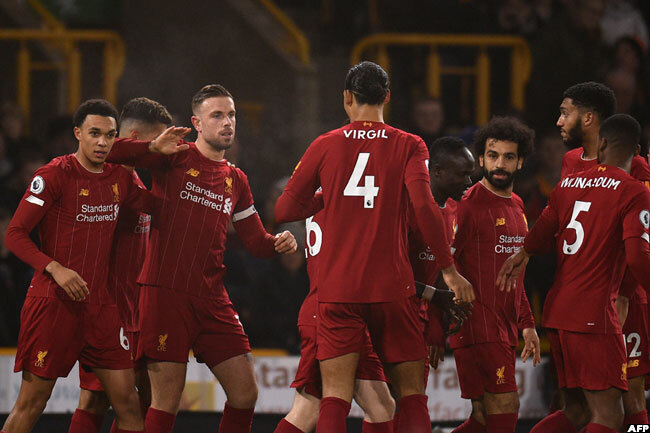 Liverpool remain a force to reckon with. A juggernaut. Unbeatable!

Traore's run down the right pulled Van Dijk out of the centre of the defence and his pinpoint cross found Jimenez to bullet home his 20th goal of the season.

That was the first goal Alisson Becker had conceded in the league for two months and the Brazilian had to be at his best to then turn a Traore drive to safety and stand up bravely to block from Jimenez.

Firmino looked to have missed the chance to claim all three points when he fired into Patricio's legs with just the Portuguese number one to beat.

But he quickly made amends with a thumping finish from Henderson's pass.

Treats for a family meal

Treats for a family meal

Preparing a Christmas meal, here are the tips