Although there were no automobiles yet in Uganda in 1884 (or in Europe for that matter) to congest the roads, the teenage king was already providing a solution to ease mobility.

Although there were no automobiles yet in Uganda in 1884 (or in Europe for that matter) to congest the roads, the teenage king was already providing a solution to ease mobility.

PHOTO: In 1880s, Kabaka Mwanga spearheaded the project to construct a canal connecting Kampala to Lake Victoria through Munyonyo

He  was  only 16 years when he ascended the throne.  The teenage king, Kabaka Mwanga, was not to know any peace during his reign that spanned the 1880s and 1890s decades.

But even though he spent most of his time struggling to resist the imposition of British colonial   rule, the   youthful Mwanga found time to lead one of Uganda's largest physical engineering projects that endures until today.

Although   there   were   no   automobiles   yet   in   Uganda   in 1884 (or in Europe for that matter) to congest the roads, the teenage king was already providing a solution to ease mobility in the future Kampala when he commissioned the digging of  a  canal  to  connect  the city centre to Lake Victoria at Munyonyo. I do not know of any modern Ugandan civil engineer (they may   be   there, but   I   have   not had the opportunity to hear about them) who has presented a more ambitious project to the country after all these years of training up to degree and post-graduate level, here at home and abroad.

Mwanga ingeniously identified a spot in Kampala where there were underground springs that would constantly flow to the canal regardless of rain or sunshine, and the digging started there.

The    project    had    hardly    covered 2km when his reign was hit by a colonial inspired revolt and the king was beaten out of power by a combined force    of    better    equipped    British officers commanding mercenaries and traitors who overwhelmed the royal army. 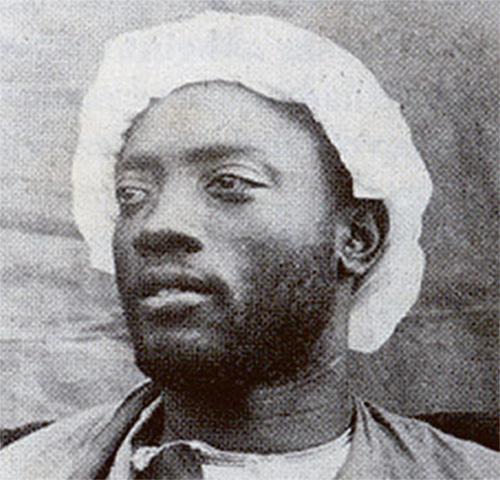 What remained of the canal is Kabaka's Lake which covers about 2sq.km. Mwanga    was    neither    a    qualified   civil   engineer   nor   a planner, but he knew that growing   settlements   had   to   have    diversified    forms    of    transport   to   allow   for   swift   circulation. Since      there  were no helicopters then and Mwanga was very keen on his navy — controlling most of Lake Victoria with his 6,000 canoes carrying armed soldiers — in digging the canal, he   was   trying to address the need to move swiftly from his palace to join his navy.

There are also on and off steps    to    strengthen    ferry    services between Entebbe and the islands of Kalangala. With Kalangala islands being one of the hottest property markets    at    the moment, there   are   frequent   trips   by   speculators, developers   and   merrymakers to the islands by private boats. Our people love a party and many private adventurers hold their bashes on the waters. All the above examples are given just to show that Lake Victoria is navigable. Over   the years, Kampala city   has   expanded   to   the   lakeshore.

The present pace of    unguided    development    will   see   a   longish   coastal   settlement    stretching    from    Entebbe through Kampala to Jinja. It is just a matter of time for people to start using water to connect to these places while avoiding the congestion and traffic on the land.

Either   the   authorities   and   planners will set up decent marine     transport     services     for Greater Kampala, or the people will do it in their small crude way. Gradually, the country will end up with numerous small unsafe     canoes     connecting     Greater Kampala by water. It has happened with taxis after the failure of the bus system. It then happened with boda-boda, with the failure to develop decent roads.  It will happen   on   water.   Prepare   for canoes, or a major public marine investment.