Ronald Mayinja calls for peace and tolerance
Next Story

The Annual Parliament Week is on, and what better way to kick it off than with a charity walk meant to raise funds for a rehabilitation centre for persons with albinism!

The Annual Parliament Week is on, and what better way to kick it off than with a charity walk meant to raise funds for a rehabilitation centre for persons with albinism!

(Scroll down for earlier updates)

Folks, we are still in January, which, according to some people, is a month of two months - for reasons best known to them.

If you asked me, I would say the illusion of two months in one month comes from the long list of demands following the relatively high-spending festive season.

Anyways, people are thinking out of the box to make things happen. Some, unfortunately, are too crafty for ethics' liking. Don't be ensnared by the latter group. They have even poked their heads into the aviation industry, trying to dupe people.

So, the message is: Watch out!

British MP Liz Truss (South West Norfolk), who is also serving as Secretary of State for International Trade, has tweeted about the ongoing UK-Africa Summit in London.

PM talking about our huge opportunities to deepen trade with Africa:

A flip over to the back pages of news: sports.

Mr. Ras plunges us into his comical world with this cartoon of Express FC's swift revival after 'chewing' six goals with a single reply against Police FC in the Uganda Premier League.

The Red Eagles bounced back to winning ways after that humiliating rout with a 3-0 victory over Proline FC on Saturday.

Express returned to winning ways by beating Proline FC after being walloped by Police FC 6-1 earlier on in the Uganda Premier League. #VisionUpdates pic.twitter.com/3qGMNztQCZ

A warm welcome to the African leaders joining us at today's UK-Africa Investment Summit as we mark a new era of partnership between our countries.#InvestinAfrica pic.twitter.com/V45dt2J6Rv

The Police, in an joint operation with Uganda Communications Commission (UCC) and telecom operators, say they have arrested eight people suspected to be engaged in SIM boxing, which is a form of electronic fraud.

The suspects were arrested during the weekend in Uganda's capital Kampala, a Police statement says.

SIM boxing involves someone setting up a device that can take in several SIM cards (a SIM box) and using the same to complete international calls received from the internet as a voice-over.

The calls are in turn served to the in-country mobile network subscribers as local traffic. As such, the SIM boxer bypasses international call rates and often undercuts the tariffs charged by local mobile operators. 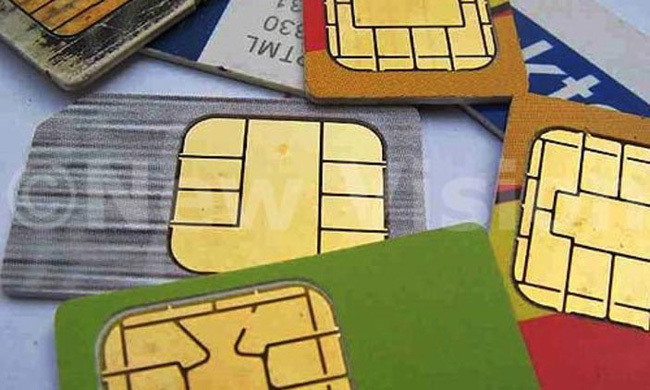 In the statement, the Police say they recovered one SIM box with 545 SIM cards in Masanafu in Rubaga Division. Three suspects are in Police custody.

At Clement Hill Road in Central Division, one SIM box was recovered and two suspects arrested.

One SIM box was recovered at Kasubi in Rubaga Division but that the suspects are still at large. Police say the suspects' premises were found closed but the SIM boxing apparatus was "up and running".

At Nakawa market, two SIM boxes were recovered - one had 32 SIM cards and another 1,024 SIM cards. One person is in Police custody.

"We have also arrested two suspects who supply stolen SIM cards to these illegal operators. The investigation is still ongoing, including recording statements of the suspects and establishing the extent of the crime," the Police statement adds.

The Computer Misuse Act, 2011 provides for offences relating to misuse of computers. It also provides for electronic fraud as an offence which arises whenever one uses a computer to commit fraud.

He will be turning 100 on Thursday, and ahead of his birthday anniversary, Kenya's former Attorney General Charles Njonjo has been tracking gorillas in Uganda, specifically at Mgahinga Gorilla National Park.

Njonjo, who is also a former minister of constitutional affairs, is also popularly referred to as "The Duke of Kabeteshire".

Mzee Njonjo was presented with a tracking certificate upon successfully tracking gorillas.

Thank you Hon Njonjo Charles for loving Uganda and visiting Mgahinga Gorilla National Park. The memory of hosting you will live forever. pic.twitter.com/p7rLSrDAv4

So far, it is understood that the charity walk in support of persons with albinism has raised sh54m. The end goal is to build a rehabilitation centre for this vulnerable group.

Meanwhile, Speaker of Parliament Rebecca Kadaga has talked of her concern that taxes on sunscreens and other equipment that aid persons with albinism have not been removed.

Speaker @RebeccaKadagaUG says she is concerned that despite of an earlier recommendation to remove taxes on sunscreens and other equipment that aid persons with albinism mitigate health conditions, taxes havent practically been removed. #ParliamentWeek2020 pic.twitter.com/RYRaBryVo6

There is unconfirmed information coming in of an accident that has reportedly claimed the lives of three people at a place called Kikonda along the Hoima-Kampala Road.

A post on social media says a commuter taxi hit a motorcycle, killing the rider and two occupants of the vehicle. "I can confirm seeing three bodies," a source at the scene is quoted as saying.

The ill-fated taxi was reportedly destined for Hoima from Kampala early Monday morning.

Again, this information has not been verified yet. New Vision has yet to establish the authenticity of the report. We shall keep you posted on any development on this story.

Keen on knowing what goes on during the Annual Parliament Week? Watch the short video below for more.

This is how you can get involved in #ParliamentWeek2020. Do not miss this annual opportunity where you get to: interact with your legislators, learn how Parliament works, tour the precincts of Parliament and participate in debates. pic.twitter.com/IyPdGMuyWj

Parliament feels that "there is a lot of optimism that our goal to raise the required funds to set up a rehabilitation and community centre for persons with albinism, will be realized". 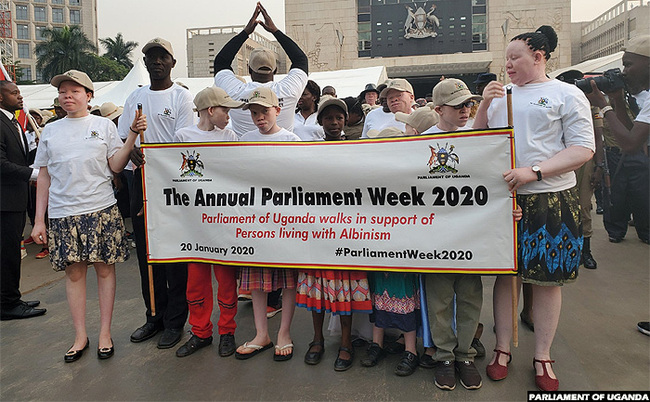 The charity walk is to support persons with albinism. 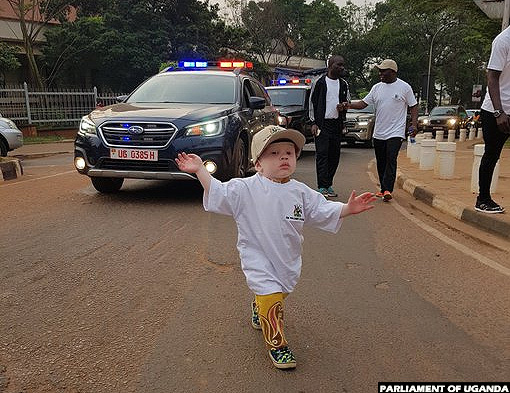 The charity walk is to support persons with albinism.

Persons with it face widespread discrimination often resulting from  ignorance about the cause of the condition.The charity walk therefore creates awareness, Parliament tweeted further.

The Annual Parliament Week has got under way in earnest, first with a charity walk meant to raise funds for a rehabilitation facility for persons with albinism.

The Police band has led the 4km procession from Parliament through Kampala and back.

The #ParliamentWeek2020 has kicked off today with a charity walk to fundraise for a rehabilitation center for persons with albinism.


9:20am |   Shield yourself and others from getting sick

The World Health Organisation is reminding you that health should be your priority this week, so that you are able to perform your duties well.

To keep sickness at bay, heed these simple guidelines:

• Seek medical care if you have a fever,cough and difficulty breathing. 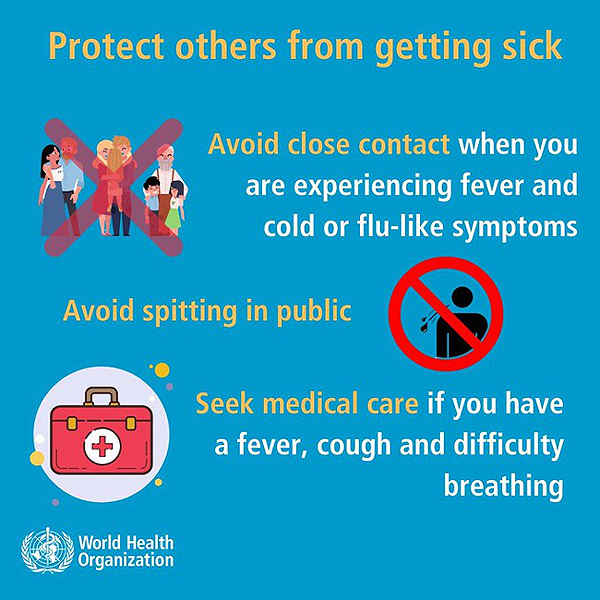 Meanwhile, while in Togo, Museveni took part in the signing of the Lome declaration on the countering of fake medicines and drug-trafficking in Africa.

In his speech, he talked of Uganda's committment to the "collaborative process to eliminate the global health challenge of trafficking substandard, falsified medicines and other medical products". 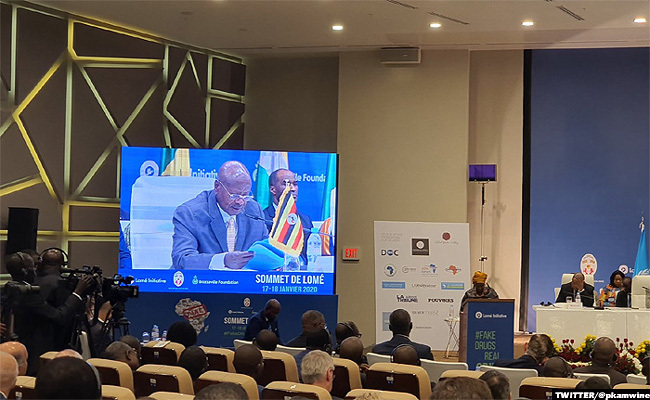 The meeting  has already generated plenty of talk on social media.

Countdown to the #UKAfricaInvestmentSummit 2020: Leaders from 21 #Africancountries will descend on a hotel overlooking London's #O2 entertainment complex for the inaugural UK-Africa Investment #Summit on Monday morning. pic.twitter.com/BBlYZunTaH


8:45am |   First ever UK-Africa Investment Summit

Ahead of today's maiden UK-Africa Investment Summit, President Museveni said in a tweet that the NRM government "is committed to attracting more investment to Uganda, now that most of the crucial infrastructure is in place".

The summit will be hosted by British Prime Minister Boris Johnson.

The meeting will bring together businesses, governments and international institutions to showcase and promote the breadth and quality of investment opportunities across Africa.

It is hoped that the meeting will strengthen the UK's partnership with African nations to build a secure and prosperous future for all our citizens. It will also mobilise new and substantial investment to create jobs and boost mutual prosperity.


8:39am |   Museveni in London for UK-Africa Investment Summit

It is busy times abroad for President Yoweri Museveni.

Immediately after attending the France-Africa summit on drug trafficking and counterfeit medicines in Togo, he got back on the plane destined for the UK to attend the inaugural UK-Africa Summit, which starts Monday. (More on that in a bit). 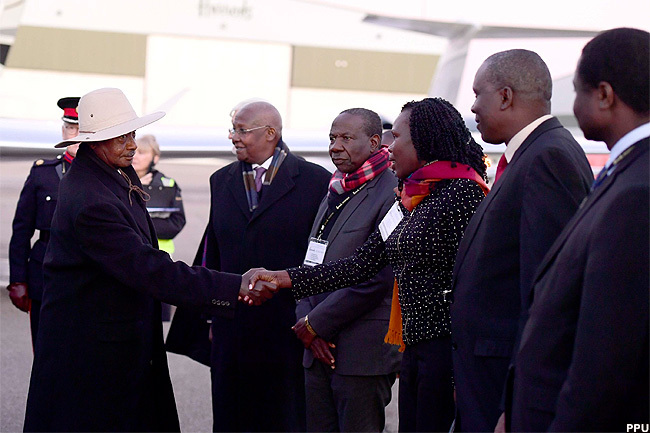 President Museveni, like everyone around him, wore heavy clothing to fight off the UK's chill. 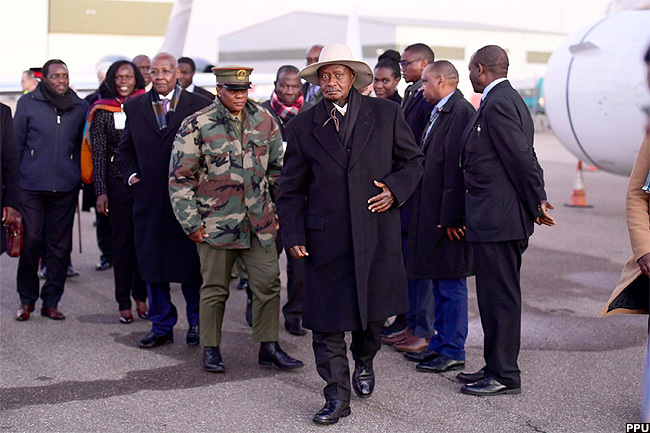 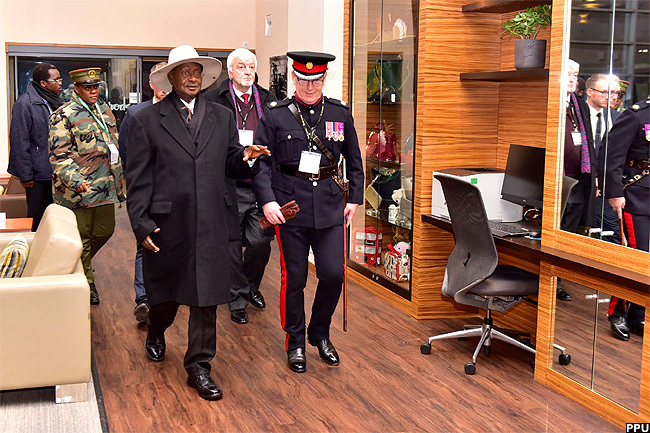 "Strength does not come from winning. Your struggles develop your strengths. When you go through hardships and decide not to surrender, that is strength." — Arnold Schwarzenegger 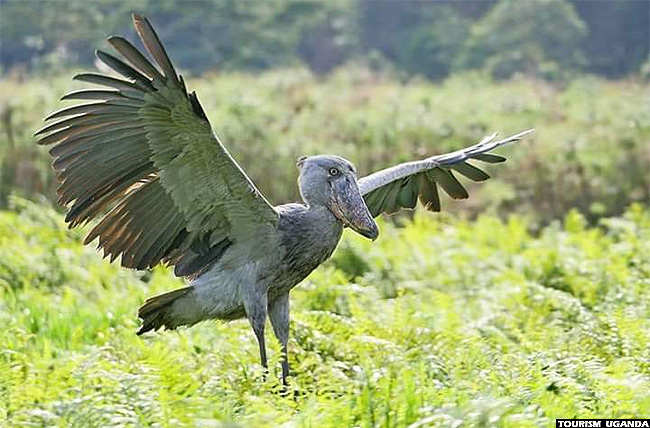 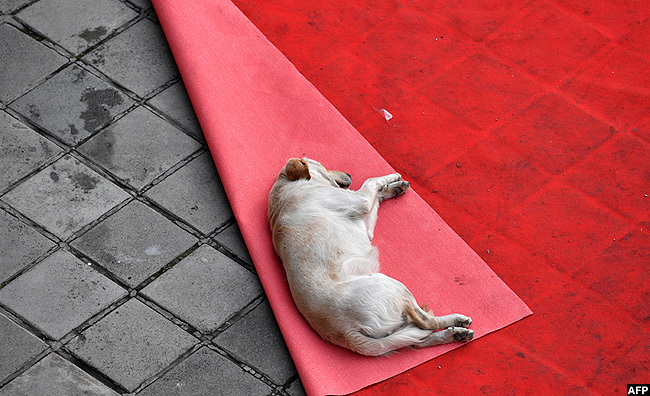 It's a fresh week and that means only one thing: Time for work.

So it's best you flip those muzzy eyes open and get out of bed, if you are still ambling through Dreamland. It's the 20th day of the first month of the year 2020. 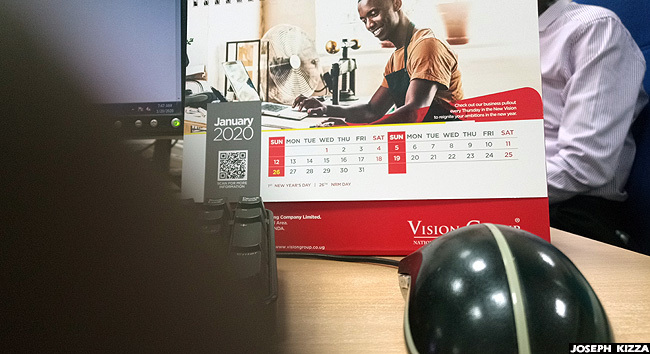