Appearing before the parliamentary committee on presidential affairs, to defend State House’s annual budget for the financial year 2020/2021, Nakyobe said the three are not earning any salary from State House.

Appearing before the parliamentary committee on presidential affairs, to defend State House’s annual budget for the financial year 2020/2021, Nakyobe said the three are not earning any salary from State House.

This was after the duo was in October last year declared advisers to the President, by President Yoweri Museveni.

Nakyobe also denied knowledge of Jennifer Nakanguubi, commonly known as Full figure, being appointed an adviser to the president, saying she is a mere National Resistance Movement (NRM) mobiliser for the youth in Kampala especially in the area of Katwe.

Appearing before the parliamentary committee on Presidential affairs, to defend State House's annual budget for the financial year 2020/2021,  Nakyobe on Friday said the three are not earning any salary from State House. 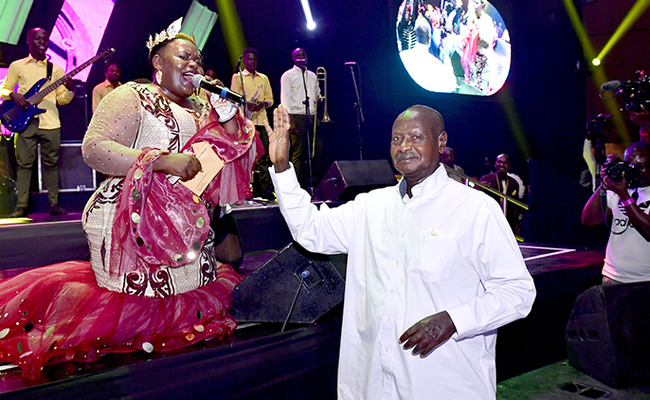 Her comments regarding the three local artistes was in response to questions asked by the MPs on the status of the artistes in State House.

In Particular, Bukedea district woman MP Anita Among tasked Nakyobe to explain to the committee, the right titles for the three presidential appointees to avoid confusion among members of the public.

However,  in response, Nakyobe told the MPs that there is no official or formal communication from the President, regarding the appointment of Catherine Kusasira and Butcher man as his presidential advisers.

" As far as I'm concerned it is still a pronouncement that has not yet been put in writing,  therefore, Kusasira and Butcher man are not yet staff of State House until when we have it in writing and then we shall have a normal process of their recruitment,"  Nakyobe explained. 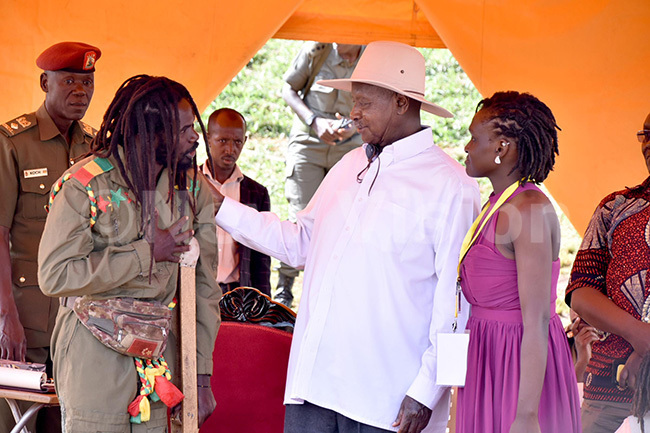 While officiating at the launch of the NRM Youth Camp headquarters at Kibuye in Kampala, where Ghetto people led by Elijah Nsubuga, commonly referred to as Ghetto Commander declared their support to the President,  in October last year, Museveni appointed Kusasira and Butcher man as his presidential advisers.

"I have appointed Catherine Kusasira as senior presidential adviser on Kampala affairs and Butcher man as special envoy for the president in the Ghetto," Museveni said.

According to Museveni, Kusasira was charged with mobilizing the youth from the slums of Kampala which he said had been somehow neglected by the NRM government.

A few weeks after Kusasira and Butcher man's appointment, the president also met motor-mouthed Full figure, who later told the media that she had been appointed a presidential adviser to the president.

However, according to the list of new appointments in the recent cabinet reshuffle; the president didn't include the two among his advisers, something that caused murmurs among members of the public and the artiste.

"For the case of Full figure, she is a mobiliser like any other mobiliser for NRM party. The President has set up an office for her, which is based in Katwe to help mobilize the people living in that area, especially the youth in that area," Nakyobe noted. 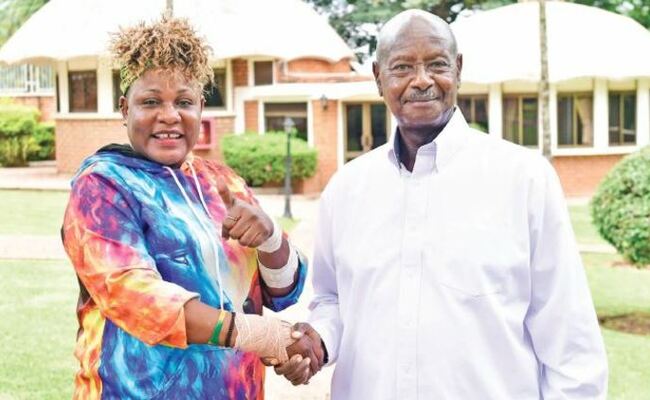 Meanwhile, Nakyobe presented to the committee sh677b budget, seeking Parliament's approval of the money to run the President's activities in the 2020/2021 financial year.

If approved by Parliament, State House's budget would have increased by sh270b from sh407b of 2019/ 2020 financial year.

During the consideration of the budget, the MPs tasked Nakyobe to explain the increased presidential pledges, the majority of which have remained unfulfilled.

Notice from Save the Children