Their great performance, they said, is just the end result of a mission they set out to do right from primary school, and that mission was to be the best

Their great performance, they said, is just the end result of a mission they set out to do right from primary school, and that mission was to be the best

Success isn't always about greatness. It's about consistency. Consistent work leads to success, Dwayne Johnson, an American Actor and retired wrestler once said.

As Makerere University holds its 70th graduation ceremony where 442 people are graduating with first-class degrees, a section of those interviewed by New Vision revealed that their first class is as a result of consistency, hard work and proper planning.

Their great performance, they said, is just the end result of a mission they set out to do right from primary school, and that mission was to either be the best or among the best wherever they are.

To achieve this, they said, they had to focus on their studies right from the word go. With focus came self-discipline and restraint.

Smiling from ear to ear, John Ssemwogerere the best Bachelor of Economics student, told New Vision how upon admission to the prestigious course, he took the bold step to put all his energy on his studies and exercise self-discipline at all times while on and off-campus.

"I conducted myself in a certain way right from my first day at campus. Coming from a humble background where I learnt what it means to sacrifice for a course, I put in my best. I never took anything for granted," he said.

Ssemwogerere, who scored a Cumulative Grade Point Average (CGPA) of 4.79 was recognized by the Association of Chartered Certified Accountants (ACCA-Uganda) and given a plaque for the tremendous performance.

He lost both his parents at a tender age and together with his two other siblings; they were raised and educated by their maternal aunt who also had her own two children.

He says the aunt sacrificed all she had to see them all go to school and because of her sacrifice, he decided from a tender age to be the best in whatever he did as a way of paying back for what she was doing for them.

"Right from childhood, I knew that education was the only way out for me. So I had to do my best," he said.  He also decided to take part in extracurricular activities where he excelled in sports and won bursaries throughout his lower education.

Evalyne Atuhaire, who emerged the best MasterCard sponsored student with a CGPA of 4.42 in business administration attributes her success to being consistent in her academic performance right from primary school. 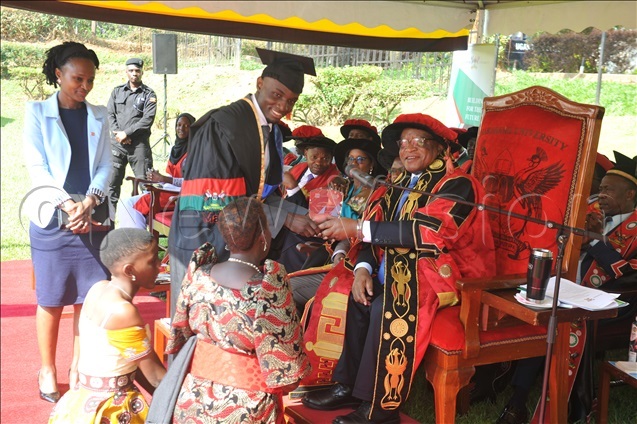 Recalling her previous national performances in primary and secondary levels, she revealed that in Primary Seven she was the second-best student at Mbarara Army boarding School, with a first grade. In Senior Four, she scored 28 aggregates which was also Division one and when she joined Mary Hill High school for her ‘A' level under the Master Card Foundation Scholarship, she scored 13 points.

"When I got admitted for bachelors of Business Administration I heard that for the past four years they had never got a first-class. I wondered why and decided to challenge myself. In my first semester I scored a CGPA of 4.89," she said.

She, however, noted that as the course progressed, things became tough but since she had resolved to get a first-class, she shouldered on, working twice as hard. Finally, her efforts paid off and she got the first class.

She revealed that her hard work was motivated by the desire to give back to her sponsors through excellence in what she does.

"These people gave me everything. I know so many students here who end up messing their lives because they want to get the basics. So I wanted to make Master Cards proud," she said.

Unlike the majority of other graduates who will be looking for jobs, Atuhaire has a business already and says though she would want to have a feel of being formally employed, she is not in a hurry to look for a job.

Enock Bulime Nsubuga, who emerged the best Masters student with a CGPA of 5.0 (though it isn't graded for masters) attributed his performance to the discipline inculcated in him by his teachers at Kings College Budo, where he studied his ‘O' and ‘A' level. 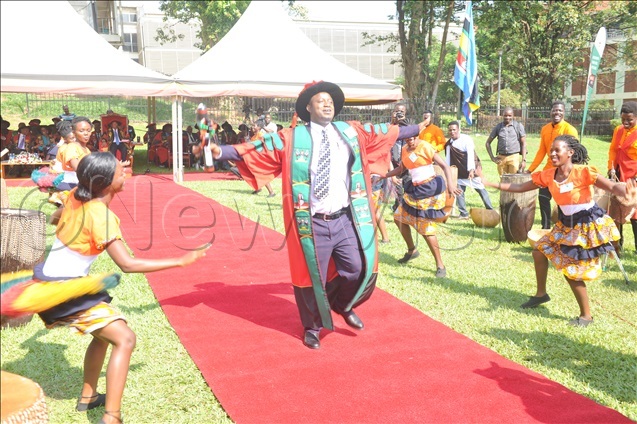 "At Kings College Budo is where my relationship with God grew and my focus in life was strengthened. We were encouraged to be all-around students where you participate in extracurricular activities, pursue academic excellence and fear God.  This has kept me going," he said.

Nsubuga is a graduate of Masters of Arts in Economics and has been offered a job opportunity with the Economic Policy Research Centre under the young professionals' program. He was also given a plaque by the center for his great performance.

He also notes that his performance has been as a result of deliberate consistent and focused efforts right from primary school where he passed in first grade and during his undergraduate study in Development economics where he passed with a first-class degree with a CGPA of 4.3. 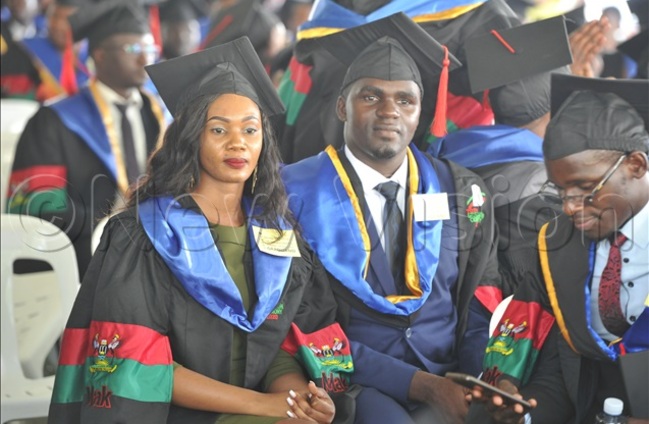 "Right from the time I was studying at Makerere kindergarten, I always dreamt of coming to Makerere University and actually thought I would come to Makerere through Makerere College School," he said.

Youth present promise rather than threat to global peace

Youth present promise rather than threat to global peace