In Pictures: USPA awards best sporting you...
Next Story

Mutebi is happy with the new licensing regulations. Photo by Michael Nsubuga

At the start of the second round of the StarTimes Uganda Premier League, several clubs were shocked when some of their players were declared ineligible to play because of expired licenses.

This has led to divergent reactions from different coaches, with KCCA FC Coach Mike Mutebi in support while Police FC's Abdallah Mubiru blames the competitions committee for the impasse.

Mutebi thinks the new licensing guidelines is a good move from FUFA and believes it should have been done long ago to prevent age-cheating.

Mutebi argues that players have a tendency of falsifying their age by changing passports every time they want to switch clubs or feel like they want to feature for the different national teams.

He believes, therefore, that the requirement that the FUFA competitions committee has come up with for every player to have a National ID indicating his age in correspondence with that in the passport or any other legal documents shall reduce age cheating that has been a curse to the development of players.

"It is indeed costing us as coaches because nine of my players, for example, have not yet been cleared, but I am happy about it," Mutebi said.

"Players have been cheating; you look at someone playing for the U-20 team but his looks honestly indicate he is 25 years. So as a coach, you rush to buy such a player thinking that he is in that age bracket.

"But as he clocks 28 years, he is already worn out. When you go back and look critically you will realize that he was not 17 years when you acquired him," Mutebi explained.

Allan Okello and Mustafa Kizza are among the nine KCCA players yet to be cleared for the second-round games. 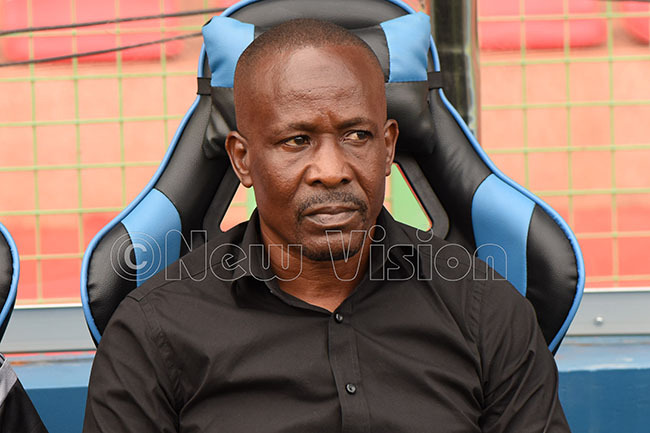 The cop's tactician who doubles as first assistant coach of the national team believes FUFA has not been considerate given the long process it takes for one to have a National ID from NIRA.

"It is a good initiative for players to be registered in accordance to their right age but again in this situation, the FUFA competitions committee has been harsh on some of these players that have no national ID's,"

"I need to be enlightened on whether it is a must for one to have a National ID in Uganda or not?"

Secondly, when dealing with CAF or FIFA all they care about are passports, not National IDs, for any player to be eligible. So, I feel disappointed for our players being denied a right to play for their clubs because of that and more so when foreign players come here, they are only required to present nothing else but passports,"

"Why would you then burden Ugandan players with National IDs, yet the process to get one from NIRA is a long one.

"I have players who applied but up to now their NIN (National Identification Numbers) are not yet out," a frustrated Mubiru stated on Monday at the StarTimes Stadium Lugogo.