Musician Rema Namakula's husband, Hamza Ssebunya, is among those who have graduated on the first day of Makerere University's week-long 70th graduation ceremony.

Musician Rema Namakula's husband, Hamza Ssebunya, is among those who have graduated on the first day of Makerere University's week-long 70th graduation ceremony.

(Scroll down page for earlier updates)

Here is the World Health Organisation's list of urgent global health challenges for the new decade:

It is a packed evening in the Ugandan Premier League, with four matches on the day.

You have worked hard to get here.

Groove away and bask under your newly-gained triumph!

"Congratulations , you got a reason to celebrate 🎶 🎶 " A musical interlude and performance by students from the department of Performing Arts and Film. #Mak70thGrad pic.twitter.com/ILN9aiaBgq

"Corruption by any government officials is a great betrayal to Ugandans who are desperately yearning for service delivery. I implore the general public to embrace this fight and report the crooked officials with evidence, as opposed to rumours and we will take action."

This is what President Yoweri Museveni said as he witnessed new ministers taking oath of office on Monday at State House Entebbe.

"I call upon all ministers and public servants to desist from engaging in any form of corruption," tweeted the President.

When I graduated nine years ago, my mind was pregnant with ideas of what I planned to do.

Some I have achieved, many I have not.

And from the many I have not (yet) achieved, I have thankfully picked up valuable lessons.

The Uganda Revenue Authority (URA) has urged Parliament to amend the law on rental income so as to get maximum benefit from the rental income tax.

The URA team, led by executive director Doris Akol, appeared before the committee of finance at Parliament today.

She also said the OTT is not performing well. Kalungu West MP Joseph Ssewungu charged that people are being taxed by telecommunication companies yet they are not remitting the tax to URA.

Members of the committee tasked Akol with explaining her suggestion to scrap off the tax, but no sooner had she started to explain than the chairperson of the finance committee, Henry Musasizi (Rubanda East), cut her short, saying she is not the finance minister to propose policy ammendments.

Musasizi said she will be reappearing on that matter but with the finance minister, Matia Kasaija

On Monday, Cabinet sat at State House Entebbe and approved the appointment of the chairperson and board members of National Identification and Registration Authority (NIRA).

In the same meeting, Cabinet also approved the appointment of members of the Board of Directors for the National Animal Genetic Resources Center (NAGRC) and Data Bank.

Joseph Biribonwa is the new chairperson on NIRA, with Ruth Nvunetta Kavuma the vice-chairperson.

Meanwhile, Dr. Johnson Nkuuhe, a livestock specialist and consultant, is the new chairperson of NAGRC and Data Bank.

When the fruits of your academic labour offer you every reason to flash your pearly whites.

Hamza Ssebunya knows what I am talking about here.

(Oh, and somewhere not far away, his sweetheart, Rema Namakula, must be equally happy for her hubby)

That someone has proposed at Makerere during the graduation ceremony?

Interesting! Now that's a story there!

(Sorry, I was trying to extract that tweet, then my computer froze for a second there....only to return when that interesting tweet has been swallowed up by a wave of other tweets on the TM.)

He is singer Rema Namakula's husband.

And he is graduating today.

Artiste Rema Namakula's husband Hamza Sebunya is among the graduands at Makerere University.
Send your congratulatory message to doctor.
📸 By @bamulanzeki #Mak70thGrad pic.twitter.com/TWViKvM1Xw

After three-and-a-half years at the helm of the ICT & National Guidance ministry, Frank Tumwebaze has handed over office to his successor Judith Nabakooba.

He has welcomed the new team and also thanked God for seeing him through his tenure. He has also thanked President Yoweri Museveni for "giving me the opportunity to serve our country".

... #Handover...Welcome Hon @JudithNabakoob1 & Hon @OgwangOgwang to the @MoICT_Ug . Once again i thank God for having enabled me to do my part of work in the last three & half yrs . I thank H.E @KagutaMuseveni for giving me the opportunity to serve our country. pic.twitter.com/29o8RO0Ts8

News coming in is that Lwemiyaga County (in Sembabule district) MP Theodore Ssekikubo has been granted bail.

According to New Vision's Dismus Buregyeya, this comes after the State failing to adduce court records regarding Ssekikubo's jumping of bail in 2010.

JUST IN: Theodore Ssekikubo the Lwemiyaga County Member of Parliament has been granted bail after the State failed to adduce court records regarding his alleged skipping of bail in 2010. He was arrested on Friday and remanded. #VisionUpdates pic.twitter.com/4q89iJitSm

Out with the old, in with the new.

This has been at the Ministry of ICT & National Guidance offices in Kampala.

A woman only identified as Vumiliya Namandi has been found murdered in Kisenyi cell, Bundibugyo town council in Bundibugyo district.

Police have already taken the body to Bundibugyo Hospital for autopsy. Some suspects have been arrested as Police investigations continue.

"It is a terrible morning here. We are shocked!" said a resident.

The scene of crime was sealed off to allow the Police forensics team to do their work.

Some residents wailed, others buried their faces in their hands, gripped with shock and fear.

Makerere University is soaking in the gloriously warmth of Mother Nature.

It seems the sun is not letting up any time soon. It is a good 23°C at the famous hill. You gotta feel for the graduands wearing the dark gowns over their outfits, but who cares? I am sure their minds are busy crammed with doses of excitement - and relief - for wrapping up a landmark academic journey.

A little while ago, the univesity hierarchy and key guests arrived at Freedom Square, the venue of the graduation ceremony, to a reception of music and dance.

Education and sports minister Janet Museveni, who is also the First Lady, is the chief guest of today's opening event.

Leading in the picture below is Vice-Chancellor Prof. Barnabas Nawangwe.

A sweltering day, it is!

Here is a little bit of a historical background on Makerere University.

Established in 1922 as a humble technical school, Makerere University is one of the oldest and most prestigious English Universities in Africa. In January of that year, the school, which was later renamed Uganda Technical College, opened its doors to 14 day students who began studying Carpentry, Building and Mechanics.

The College soon began offering various other courses in Medical Care, Agriculture, Veterinary Sciences and Teacher Training. It expanded over the years to become a Center for Higher Education in East Africa in 1935. In 1937, the College started developing into an institution of higher education, offering post-school certificate courses.

On July 1, 1970, Makerere became an independent national university of the Republic of Uganda, offering undergraduate and postgraduate courses leading to its own awards. Makerere University offers not only day but also evening and external study programmes to a student body of about 35,000 undergraduates and 3,000 postgraduates (both Ugandan and foreign). It is also a very active centre for research.

Congratulations are in order, ssebo.

Or are you accompanying someone to their graduation? We would love to check out your pix of joy and celebration.

Application of the final touches to the entire look.

Pretty much, all is set for the graduation ceremony to get under way. Remember the event is running until Friday.

Just in time for a selfie moment. Such are the moments to be frozen for keeps!

In the runup to this week's graduation, there has been plenty of talk on the delayed delivery of graduation gowns. Some students have been worried, anxious and unsure.

The university's vice-chancellor, Prof. Barnabas Nawangwe, has come out to calm their fears.  In a letter released on the eve of the start of the graduation, Nawangwe is assuring students that all graduands will receive their gowns.

"All graduands for January 14 (Tuesday) and 15 (Wednesday) should by now have collected their graduation gowns, invitation letters and graduation booklets," he writes.

The university is also running round the clock to ensure that graduation gowns for all students graduating on the last day (Friday) can be picked on Wednesday at 2pm from their respective college registrars.

Transcripts for all courses are ready for collection.

Here is the letter the university posted on their official Twitter page:


8:48am |   Time to enjoy the fruits of your academic labour

Welcome to the 70th Graduation of Makerere. This is day 1 and we look forward to a great week of celebration and joy to the Graduands, parents and guardians. The figure 50.5%:49.5% Female to Male graduands is a major score in this University's history. #Mak70thGrad

It is a warm Tuesday morning here in Uganda's capital Kampala. All roads are leading up one hill: Makerere.

We have the 70th graduation ceremony getting underway today at the main campus.

(That's why there is every reason for you to be excited if you are among those set to receive honours this week.)

But before we get into the thick and thin of that, how about a dose morning motivation, yes? 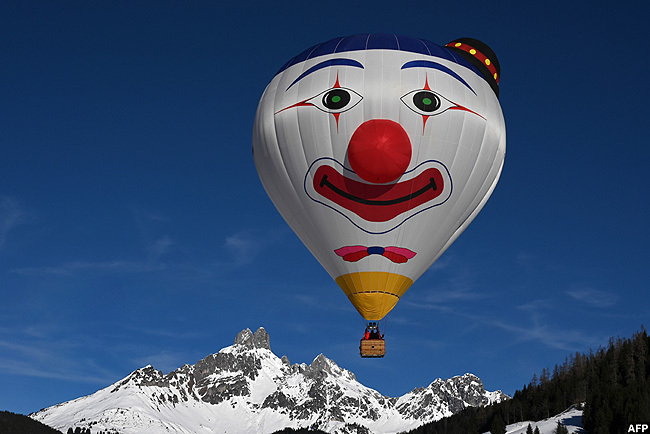 The cantankerous one is born-again