Family of Ugandan missing in Rwanda desperate
Next Story

The politics in the chimpanzee world

Like politicians, chimpanzees have alliances, commit acts of deception, reconcile and offer bribes to win preference

Tourist being taken on a guided tour of chimpanzees

Like politicians, chimpanzees have alliances, commit acts of deception, reconcile and offer bribes to win preference

Now that the presidential elections are soon coming, people are bound to do exactly what chimpanzees do to get in leadership positions.
Quoting primatologist Frans de Waal published as Chimpanzee Politics, a Uganda Wildlife Authority (UWA) ranger, Bosco Baraka, said the author reveals the primates' social complexity. 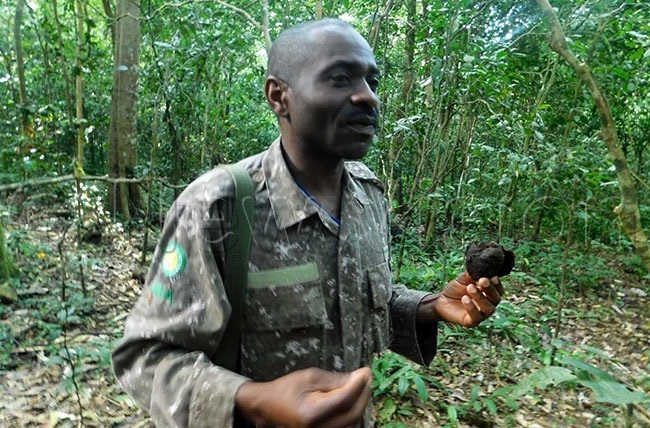 A UWEC ranger
"This was after a long-term observation at Arnhem Zoo in the Netherlands," explained Baraka. "But the Chimpanzees here in Kibale Forest are not any different. His descriptions match what ours do."
He added that like politicians, they have alliances, commit acts of deception, reconcile and offer bribes to win preference.
"We have seen our own politicians, such as revolutionary Yoweri Museveni, Bobi Wine or Kiiza Besigye do all these things when competing for seats in their constituencies," narrated Baraka. "Author De Waal concludes that human political activity is part of an evolutionary heritage from our close relatives (Chimpanzees)."
Impressed during the recent chimp tracking, Mike Bergen and Corry Finger from the US, agreed that given a short time to presidential elections back home, it is ideal to read the quoted book.
Given a rapid succession of elections since the National Resistance Army (NRA) came to power in 1986, Baraka said he has witnessed De Waal's insights reflected in what happens after. Likewise, the chimps do not impose their leadership on the group. Instead, the position is granted him, in part, by the other chimpanzees. This is so among the 12-15 groups that are found there.
"Five of the groups are habituated and the research team watches them carefully," said Baraka. "The first group to be habituated was called Kanyantale and another is Buraiga. Tracking them takes one hour and experiencing the habituation takes four hours."
He cautions tourists to keep more than eight meters away from the primates and take photos without using flashes that might excite the apes.
"While feeding, they move between seven to10km per day," said Baraka. "They build a new nest to sleep in every other day."
Going back to their political tendencies, Baraka said he has seen them use herbs to treat cough and fever. The males break a tree called Ugandisisnedia and give it to the mothers to treat the babies.
"This endears that particular male to the mothers in the group," said Baraka. "But male babies are always killed in their infancy to avoid rivalry. I have seen two opponents teaming up to physically beat one reigning alpha male."
This made their opponent bow down and make grunts agreeing that he is no longer the head.
"They have no term limits, but have age limits," asserted Baraka. "For example, we had one called Mobutu, aged about 37. There came a time when he was physically weak.  He simply vanished and Magezi took over peacefully."
Magezi had shown leadership skills at the age of 19. But he did not last and was toppled by Tofi, who loved physical fights with other groups. Unfortunately, he also met his death in one of the battles for food and territory.
"Thereafter, Efuzi took over and could be seen conducting patrols in his territory on a daily basis," narrates Baraka. "This is done in a single file. The rule is that females and children do not go to war."
They hug and shake hands after fighting and winning the opponent.  That is when they hug and thump their chests.
"We have seen opponents embrace each other or interact positively. They understand shared power and the benefits that flow from reconciliation. After a battle, one party is seen to make reconciliatory moves, such as looking at the other, holding out a hand, panting in a friendly way or simply going up to his opponent."
At Uganda Wildlife Education Center (UWEC) in Entebbe, animal keeper Busulwa says the situation of those in captivity is not any different.