Rugby: Best players of the past decade
Next Story

Phillip Wokorach is savouring life in French rugby after quickly settling in at Division 5 side Bourges XV.

"I'm settling in well. The people there are welcoming, they are willing to help. I'm trying to learn the language so I attend French class. I love the culture. Everything is okay."

Bourges XV sit atop their division after winning their first two league games and Wokorach, who was signed as a utility back and played his first two club games as a 13 had the chance to showcase how good he is in favoured 15 spot in Bourges 40-6 victory over The Chest. 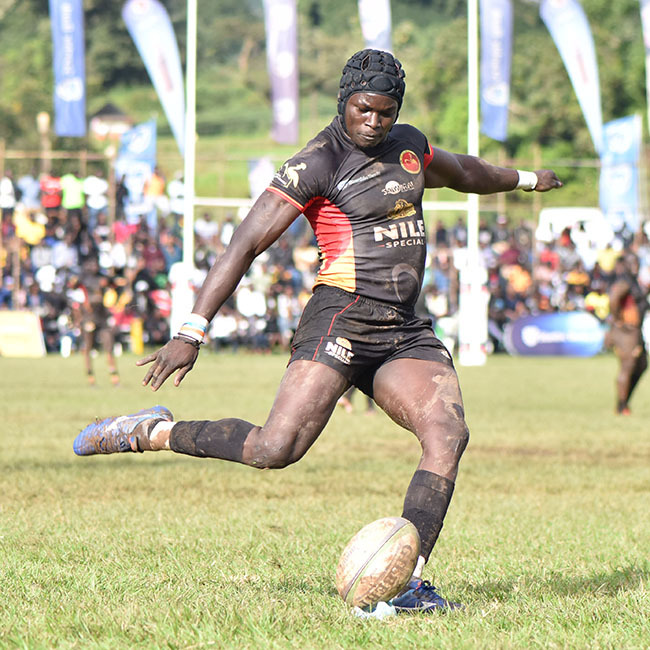 Phillip Wokorach takes a penalty during a recent Rugby Cranes match. He is doing well in France

"After the match, the coach told me I know now why you love to be a 15," Wokorach explains.

The Ugandan superstar signed a nine-month contract with Bourges two months ago and even though there is still much to prove, Wokarach admits he has his sights set on bigger things.

"Personally, I'm focused on helping my club do well and continuing to represent my country."

Wokorach made a huge impression on his employers from the get-go.

"I was supposed to have trials but after two training sessions, they were impressed with me and called off the trials."

The former Kabras Sugar and Heathens star also revealed that he's happy with the terms of his contract, saying, "I agreed with them about the pay before I left".