Bobi Wine consultations do not meet POMA g...
Next Story

Seven Rwandans have been set free at Makindye General Court Martial on Tuesday morning. The suspects who were arrested back in 2018 had been accused of unlawful possession of firearms. Lt Gen. Andrew Gutti the chairman of the court granted the group their freedom after the prosecution dropped the charges. 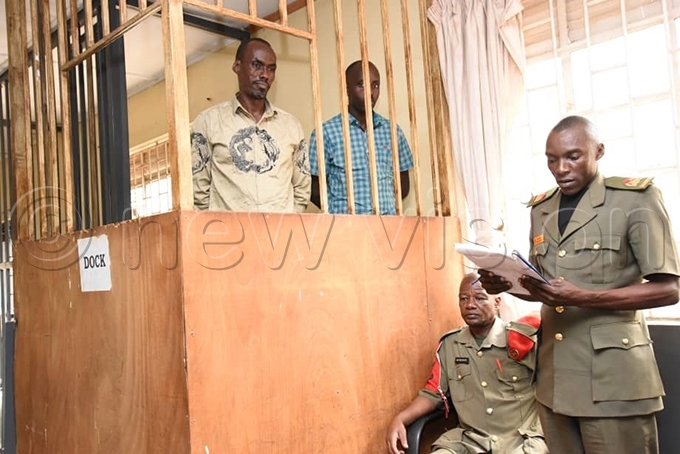 Some of the suspects in the dock at the General Court Martial in Makindye before their release. Photo by Mpalanyi Ssentongo 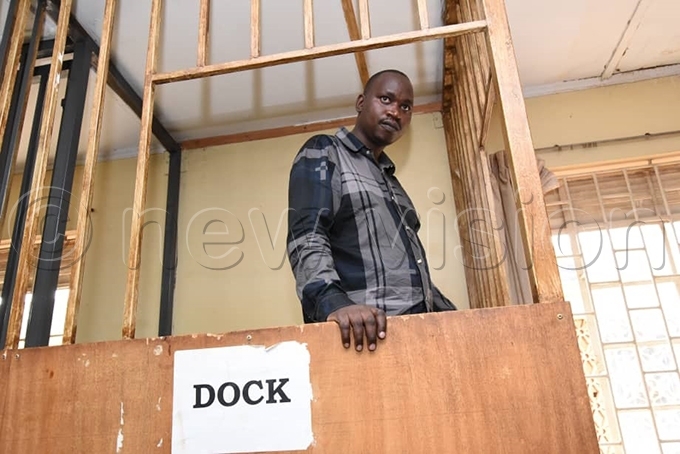 Nansana Municipality councillors on Tuesday morning attempted to force the Town Clerk Ambrose Atwooki out of office. Police reacted to the fracas and engaged in running battles with the councillors who eventually camped outside Atwooki's office waiting for him to emerge. 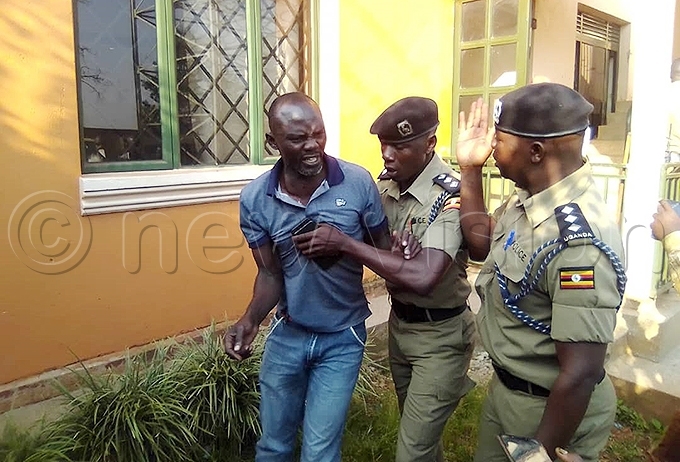 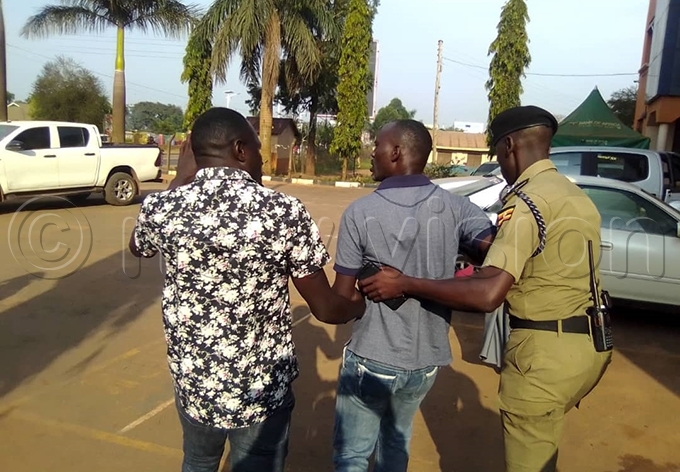 One of the councillors is led away by a Police officer. Photo by Abu Batuusa 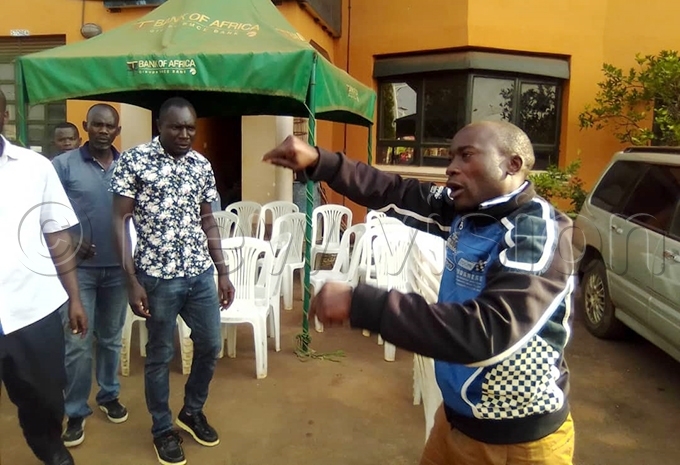 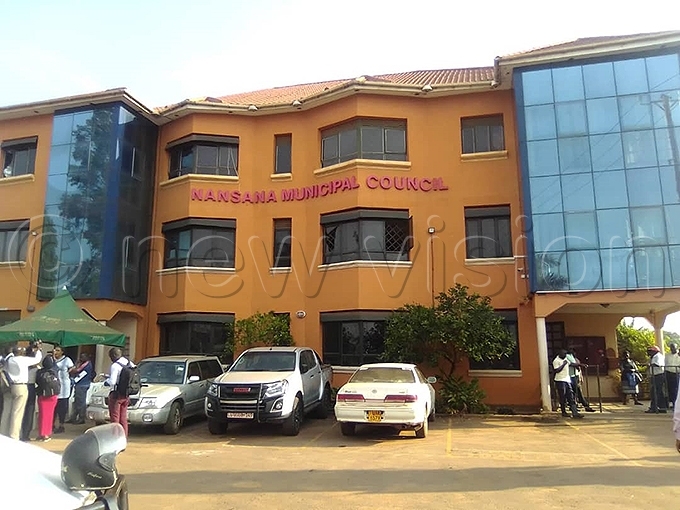 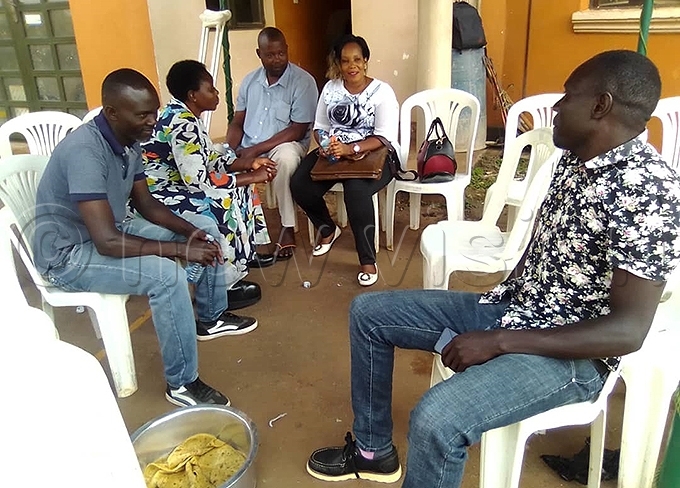 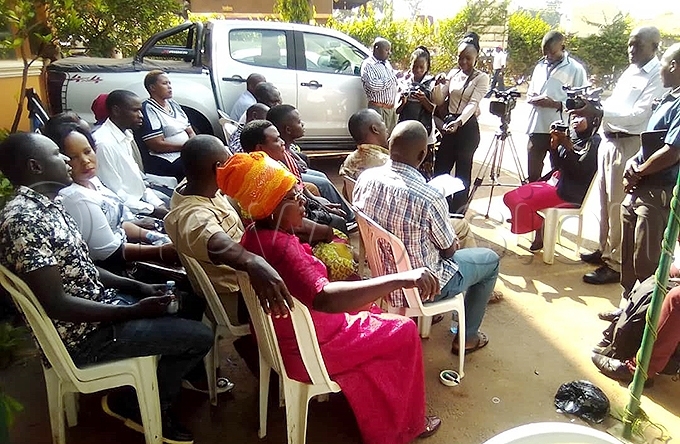 Representatives from energy and mineral sector agencies gathered at the Ministry of Energy offices on Amber House in Kampala prepare to witness the handover ceremony for ministers. Eng. Irene Muloni handed over to Dr Mary Gorreti Kitutu as full energy and minerals minister, whereas Peter Lokeris handed over to Sarah Opendi who becomes the state minister for mineral development. 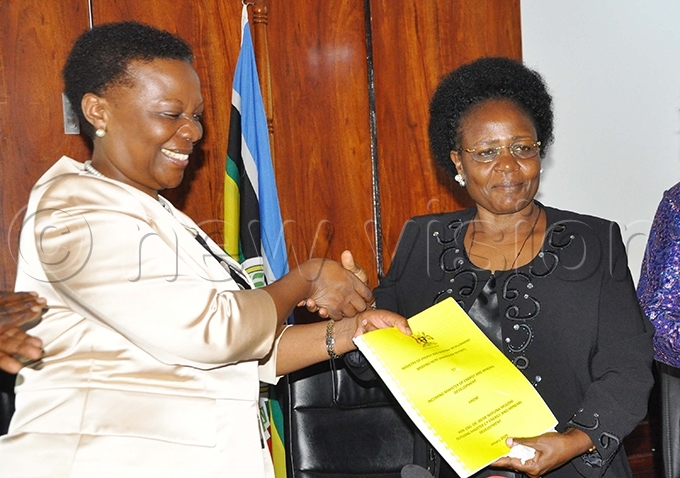 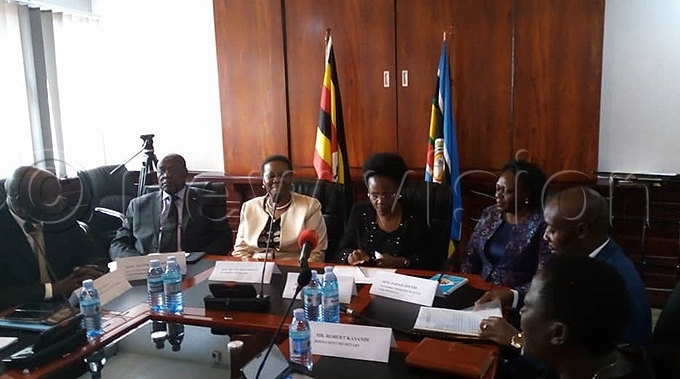 Irene Muloni (3nd left) took the reins at the ministry in May 2011. Photo by Martin Kitubi Amongi hands over to Kamya 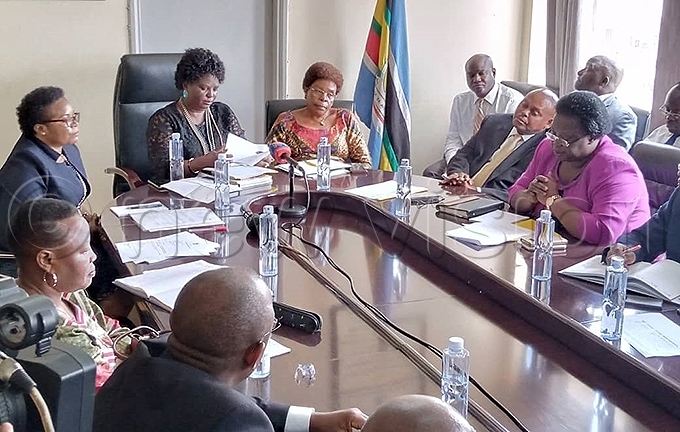 Amongi (2nd left) with Kamya to her left during the ceremony at the ministry's offices on Parliament Avenue. Photo by Alfred Ochwo

Police in Gulu on Tuesday blocked a scheduled meeting of members of the People Power political pressure group. The group was set to meet at Da Covenant Bar and Lodge in Gulu but the Police barred the members access to the venue. People Power frontman MP Robert Kyagulanyi on Monday failed to kickoff consultations ahead of the 2021 general elections after the Police halted the meeting in Gayaza. 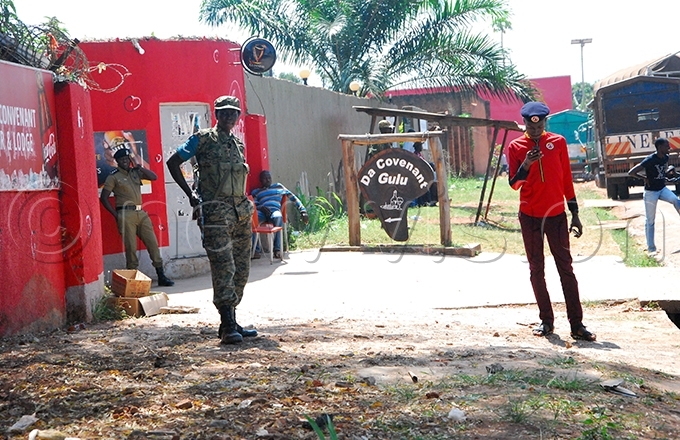 Police camped outside Da Covenant Bar and Lodge in Gulu after blocking the meeting. Photo by Dennis Ojwee 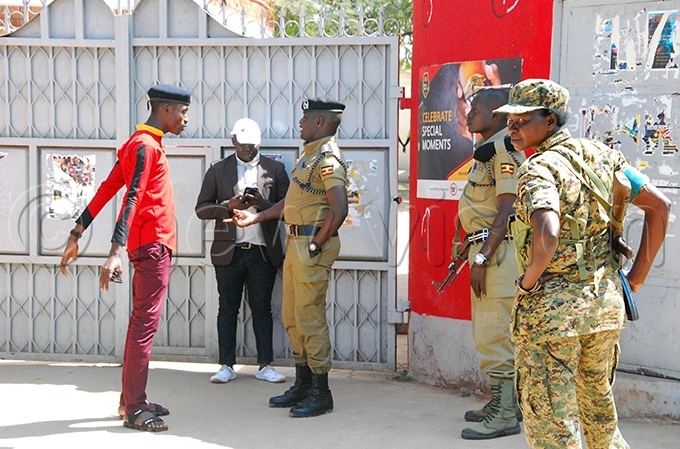 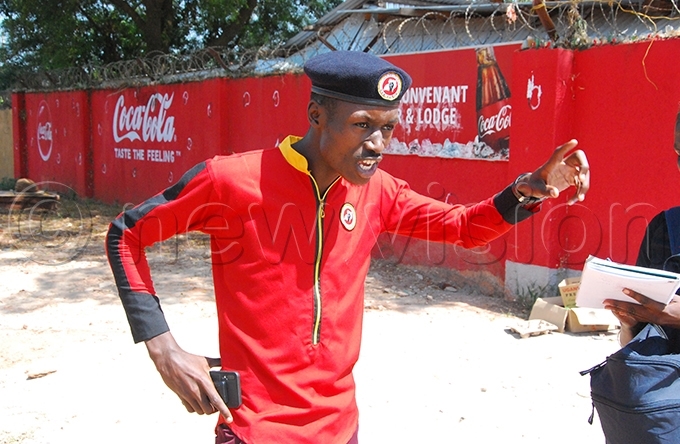 The United Nations Support Office in Somalia (UNSOS) has handed over medical equipment to a health facility operated by the African Union Mission in Somalia (AMISOM) in Mogadishu. The health facility located within the AMISOM Halane Base provides medical services to African Union troops and Somali Security Forces involved in joint operations to fight terrorists, as well as to Somali civilians. 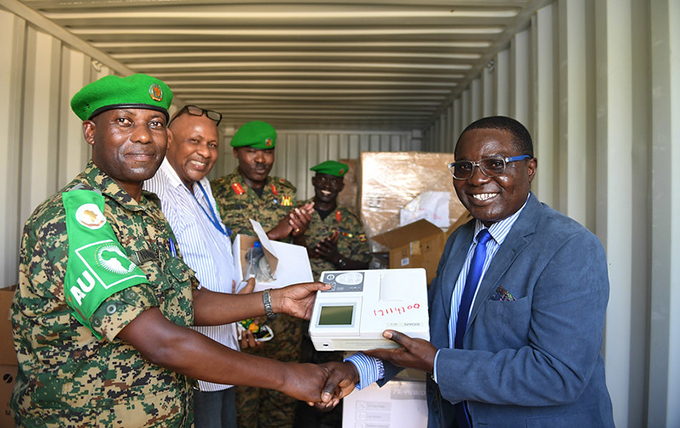 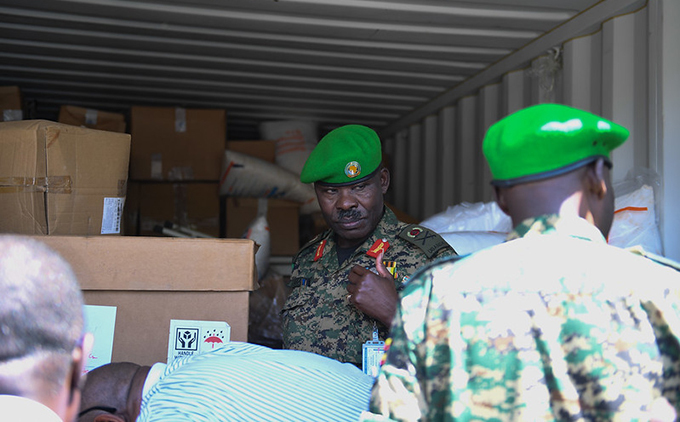 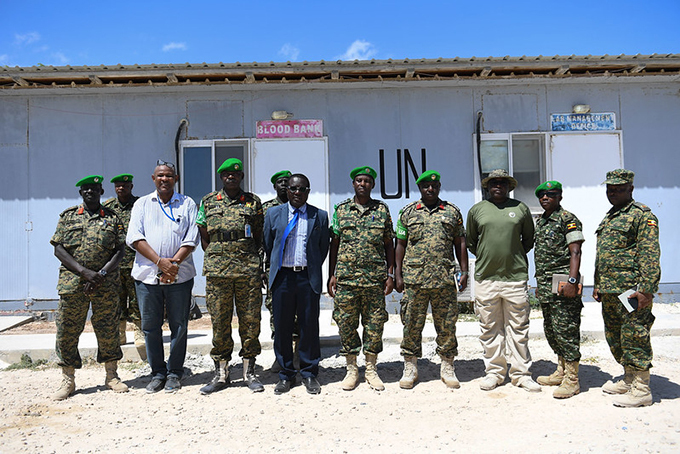 Students gear up for Makerere graduation

Graduands started collecting the invitation cards and gowns ahead of Makerere University's 70th graduation ceremony where a total of 13,509 students are set to graduate with doctorates, masters, bachelors and diplomas in various courses. 420 will graduate with first class degrees after obtaining a cumulative grade point average (CGPA) above 4.40. Unlike the previous years, this year Makerere delayed to release the graduation list, throwing prospecting students into panic. It is still unclear whether with just eight days to graduation, those with issues or who are missing on the list will be able to clear in time to graduate. 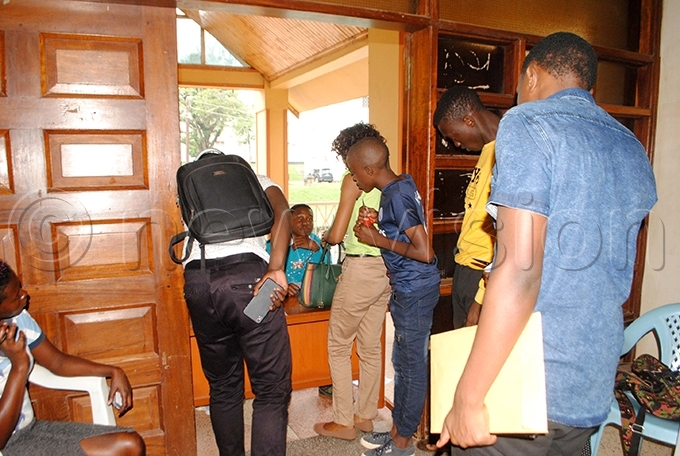 Students picking their invitation cards for the graduation ceremony. Photo by Mary Kansiime 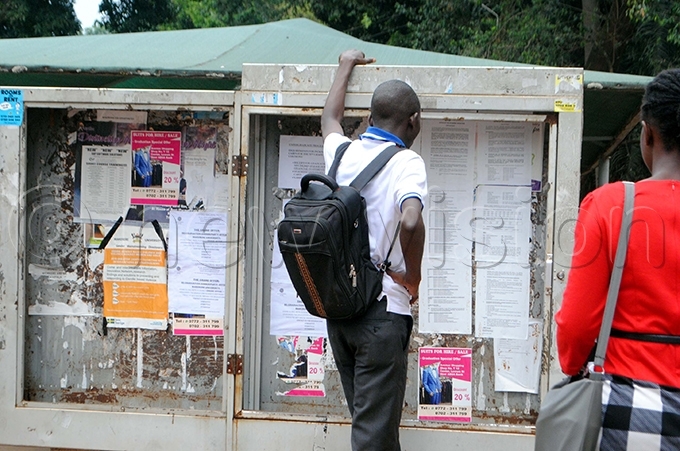 A student checks for his name on a notice board at the university. Photo by Mary Kansiime