2020 will be a busy year for Ugandan swimmers

This being an Olympics Year, Uganda hopes to field competitive swimmers for the global event in Japan.

This being an Olympics Year, Uganda hopes to field competitive swimmers for the global event in Japan. 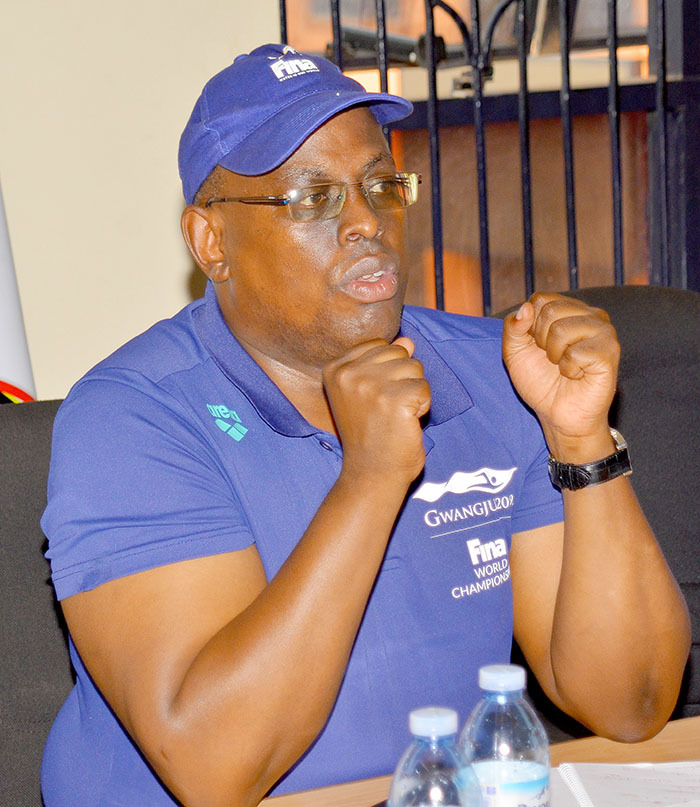 Ugandan swimmers can brace themselves for one the busiest calendars this year as they seek to qualify for the Tokyo 2020 Olympics, July 24-August 9 in Japan and the 15th FINA World Championships (25m) in Abu Dhabi in December.

Making the qualifying time for these two major events will be top priority for the coaches and their swimmers as they also tackle the other local and international events like the CANA Zone IV Championships in Botswana next month and the CANA Zone 3 which Uganda will host in November.

Otherwise, like has been the case before, the universality pathway is the only route to these two major events which attracts the crème de la crème of swimmers from around the world.

FINA has already established qualifying standards for this year's world championship and a summary of entry rules to be followed in submitting the qualified athletes.

All eyes will now be on Kirabo Namutebi, Adnan Kabuye and Darren Ssamula who made their debuts at the worlds last year together with Tendo Mukalazi, Atuhaire Ambara, Selina Katumba and Avice Meya who represented Uganda at the FINA Junior World Championships in Korea, to ensure any of them can qualify for the two world events again.

"As USF we hope to qualify two people under the universality pathway and we are hopeful that FINA will be announcing the two as has been the tradition over the years," USF president Donald Rukare said after the first stakeholders' engagement at USF offices in Kamwokya on Saturday. 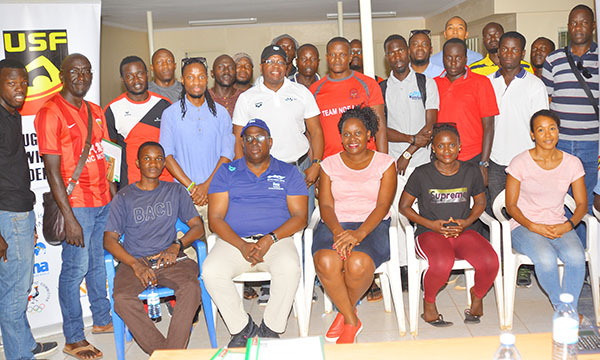 "But the qualification period is still open until around June through events like CANA and other local events, otherwise FINA will use the junior world champions in Korea and the world championships for the universality considerations," Rukare noted.

FINA has set the men and women qualifying time for the 50m freestyle race in a 25m pool for this year's world championships at 21.40 and 22.15 and at 25.46 and 24.60 in the qualifying classes B and A respectively, among other race times for other events.

This will be on top of other club events like the Seals League, Dolphins Junior championships, Silverfin Pentathlon and the Dolphins' Fast and Furious among others.

But among all this remains the lack of a national aquatic center and or a 50m standard pool from which the swimmers would train and compete before taking on the world.

"Getting our own facility remains one of our key priorities; it is something which we are very keen on doing. We hope to engage a number of people the Ministry of Education and Sports, NCS, the new minister and others," Rukare said.

"If we can get land; that is an issue we can focus on and give priority in our agenda. We hope 2020 will be a ground-breaking year and at least we begin that dream of having our own facility," he stated.