Home
NEWS
Media
Supplements
Tenders
Notices
Over the last 12 months, Liverpool and Manchester City were the dominant teams in England. And there are facts to back this.

Over the last 12 months, Liverpool and Manchester City were the dominant teams in England. And there are facts to back this.

At close of the year, Liverpool had lost just once in the league and remained the only unbeaten team in the whole of Europe half way through the 2019-20 season. They also led the table for the 2019-20 season by 13 points but 14 points above City who beat them to last season's title by a single point. They still have a game in hand. Clearly, the year belonged to them. 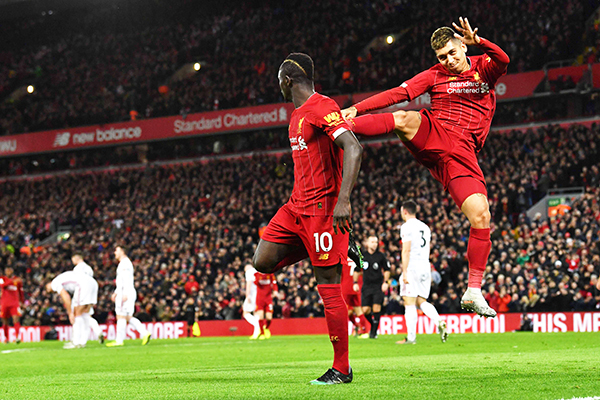 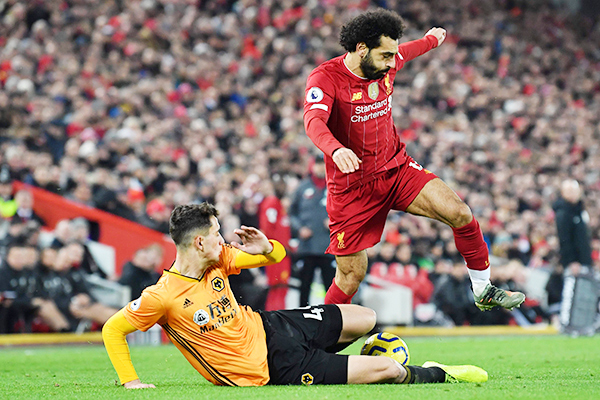 The rise and rise of Liverpool and City in 2019 however, also saw the demise of two traditional teams; Manchester United and Arsenal; the dominant teams in the 1990 and 2000 decades. Finishing sixth and fifth respectively in the 2018-19 season to qualify for the UEFA Europa League rather than the elite Champions League - for Arsenal for a second successive season - the manner of fall for the two former champions beggared belief. 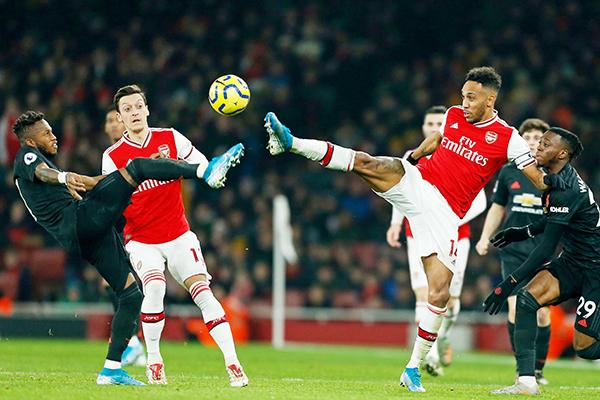 Arsenal finished 28 points behind champions City and United 33 points. By end of 2019, United trailed table leaders Liverpool by 24 points and Arsenal 28 points after 20 games of the 2019-20 season. The points gap from the leaders in both seasons not only suggests a huge disparity in class which has re-positioned United and Arsenal now firmly among mid - table teams, but also, in the grand scheme of things, been jettisoned into mediocrity. Their new surroundings which include Spurs, Sheffield United, Wolves, Crystal Palace and Everton now look like their natural habitat. Their demise has been worse than the fall of the British Empire. 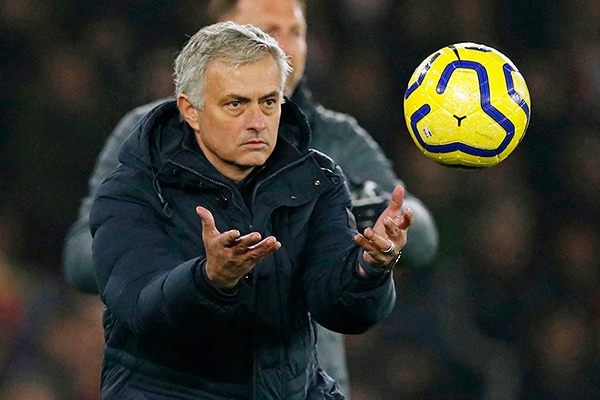 The return of Jose Mourinho, Brendan Rogers and Carlo Ancelotti to the Premier league would not have been predicted but perhaps the sacking of Mauricio Pochettino (Spurs), Claude Puel (Leicester City), Marco Silva (Everton), Unai Emery (Arsenal) and Maurizio Sarri (Chelsea) would. Spurs - like United and Arsenal - took a similar pattern of rabid decline after a dream season where they finished as Champions League finalists for the first time in history. Mourinho was brought in to save them from sinking into the relegation zone but the Portuguese impact has been peripheral. 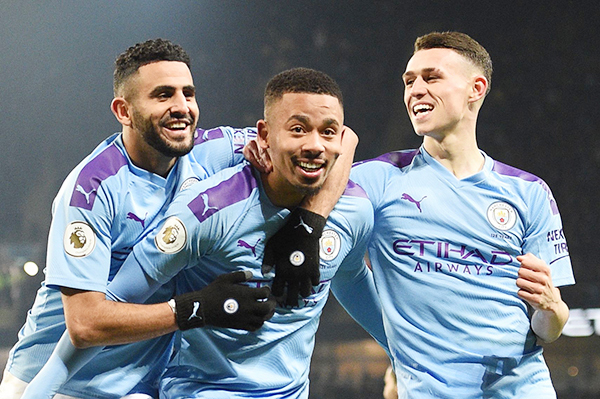 Notwithstanding the historic feats that Pep Guardiola has achieved in the last two seasons, the first half of the 2019-20 season has been a rude awakening. At the end of 2019, City were 14 points behind Liverpool with the leaders still with a game in hand, and Guardiola's team having lost five times already in stark contrast to Liverpool who had amassed a record 55 points out of a possible maximum of 57. That City have conspired with Leicester, United, Arsenal, Spurs and Chelsea to allow Liverpool to march to the title almost unchallenged is a dent on the image of the Premier League. 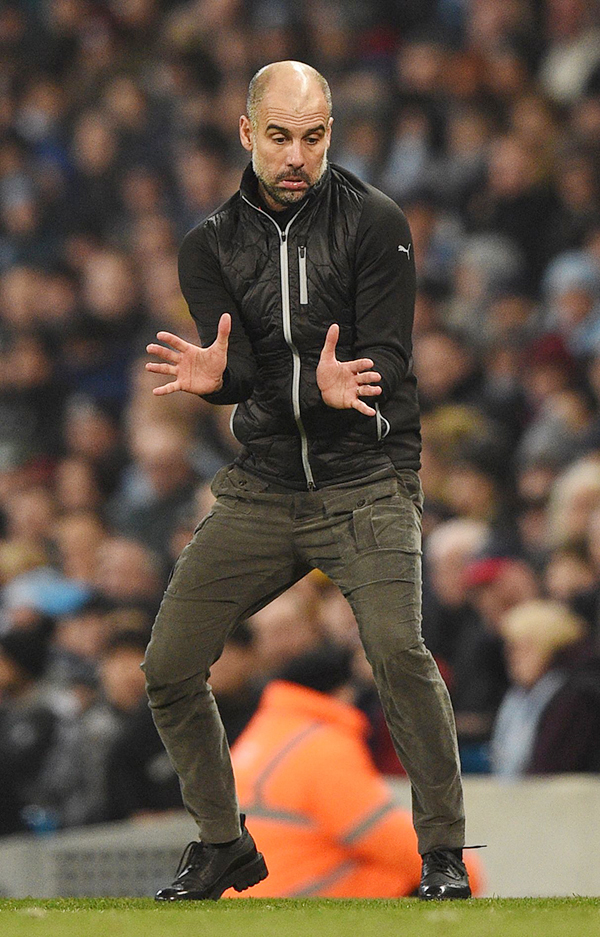 From a two-team championship last season, to a one-team championship this season spells doom for a league that is usually hailed as the most competitive in the world. Only last season, the two Champions League finalists and Europa League finalists were all English clubs. The state of Spurs, Arsenal and Chelsea who featured in the finals in comparison to Liverpool this season is shocking. 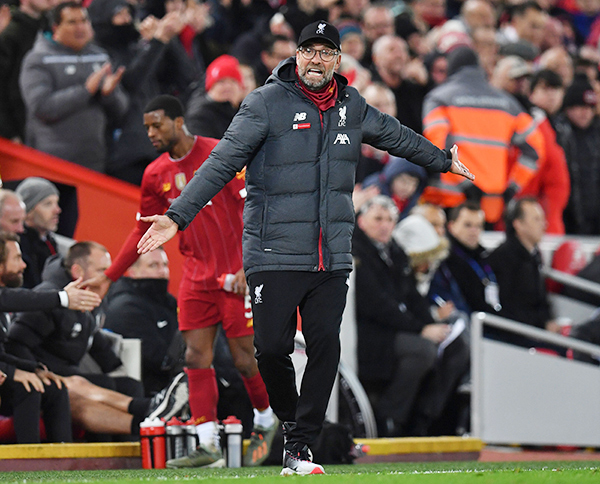 The envy of Liverpool by the rest of English clubs doesn't stop at the monstrous empire they have built under Klopp which includes turning Anfield into a fortress and becoming indomitable. It includes the transformation of good quality into world class; Sadio Mane, Mohammed Salah, Roberto Firminho, Fabinho, Jordan Henderson, Trent Alexander-Arnold, Andy Robertson and Jo Gomez into world class to join the undisputed van Dijk and Allison in the world elite category. 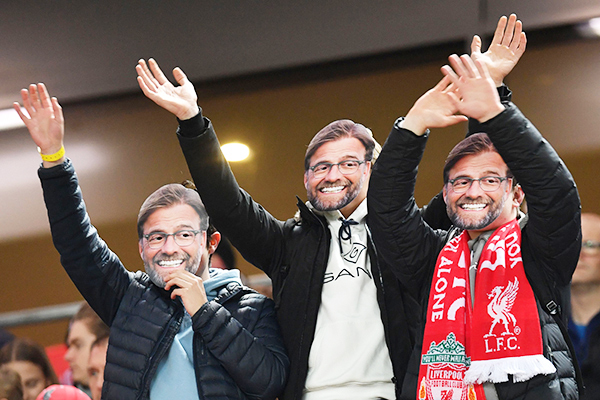 That the bench of Divock Origi, Oxlaide Chamberlaine, Naby Keita, James Milner, Joel Matip, Dejan Lovren and Xerdan Shaqiri - previously mocked but can now not be exchanged for any other - is a romantic tell. How did Klopp do it? That is the mystery that the rest of the chasers will seek to find in 2020 if they want to close the gap. For now, it's ridiculous.