Schools in refugee sanctuaries get facelift

Inside the makeshift classrooms, pupils are going through Science and English language lessons, with teachers making overlapping commands from either side.

"These classrooms you see here are even much better than the ones we had last year," Aloysius Mwebiha, the headteacher of Guma Primary School tells New Vision.

The church-founded and government-aided primary school, located in the hilly Bishozi village, is about to have a complete make-over with two modern classroom blocks and sanitary facilities.

Each of the spacious classrooms has a tiled floor, a shelf for learners to keep their backpacks and a closet for teachers to store their instructional materials. 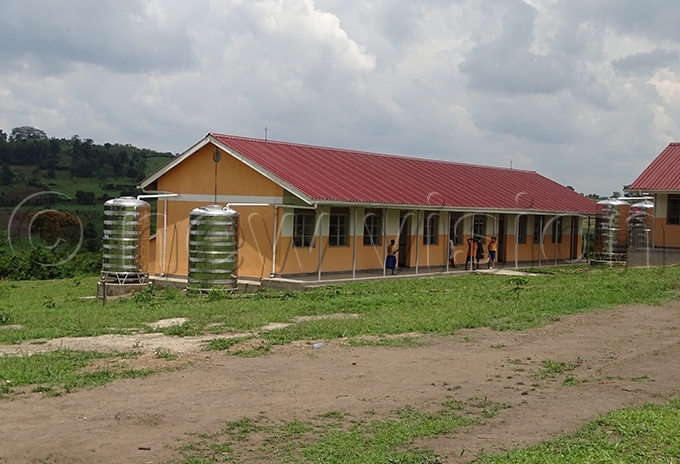 According to Mwebiha, the six new classrooms due to be commissioned next month have already attracted more pupils to the school, from 180 last term to 236 presently.

The school is one of four primary schools in Isingiro district that are undergoing a facelift under a World Bank-funded government project to improve infrastructure in refugee-hosting districts.

Under the five-year project which started in June 2017, schools, health facilities or roads in at least 12 refugee-hosting districts across Uganda are being upgraded.

Isingiro district is home to over Oruchinga settlement which is home to more than 6,800 refugees from Burundi, the Democratic Republic of Congo, and Rwanda.

The district is also home to Nakivale refugee settlement, one of the oldest settlements in Uganda with over 100,000 refugees from Congo, Burundi, Somalia, Rwanda, Ethiopia and Eritrea. 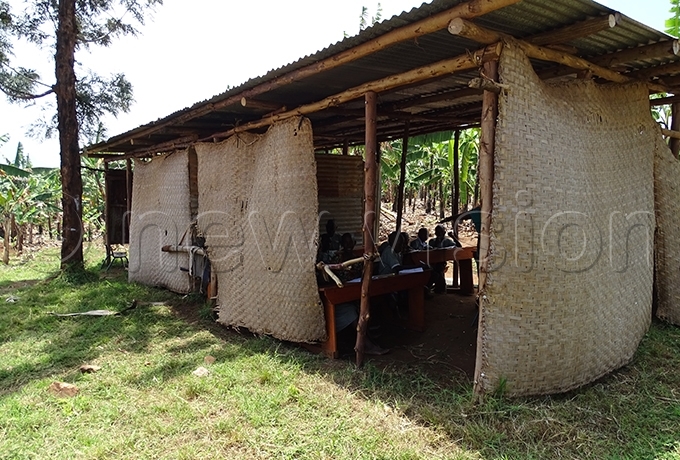 According to Aggrey Natuhamya, district chairperson for Isingiro, the presence of refugees has exacerbated pressure to provide education and health services to both refugees and locals.

"We have been hosting thousands of refugees since the 1960s. Access to education has been a big challenge to both refugees and the locals in neighbouring communities," he explains.

The ‘before and after' stories of the rehabilitated schools highlight the pressing challenges, including infrastructure, low staffing levels and environmental degradation.

Uganda hosts over 1.3 million refugees and asylum seekers and the country continues to receive more from DRC and South Sudan. The rising numbers have stretched some host communities. 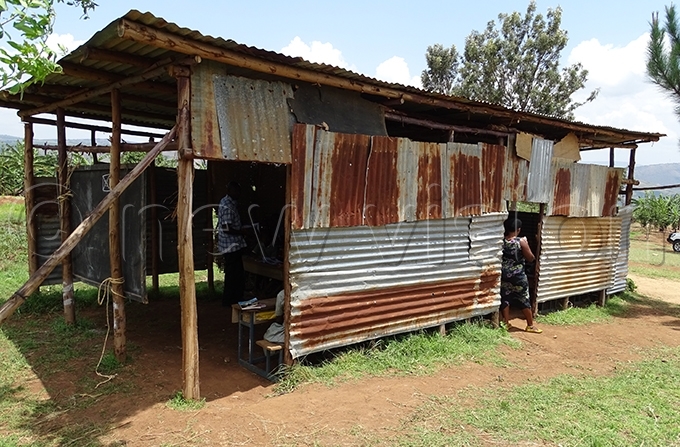 Under the Development Response to Displacement Impacts Project (DRDIP), funded by a $50m World Bank loan, at least 10 primary schools in the district are being rehabilitated and expanded.

The project focuses on improving infrastructure (roads, schools and health centres), restoration and protection of the environment, and livelihood projects in the refugee host communities.

In the three western Uganda districts of Isingiro, Kyegegwa and Kamwenge, several schools, roads and health facilities are being revamped in communities bordering refugee settlements.

None of the primary schools being rehabilitated under the project can measure up to the story of St Peters Mukole Primary School in Kamwenge.

Two blocks of derelict mud and wattle classrooms on the edge of the school compound have been left standing to remind visitors of the rough odds its pupils have endured to study. 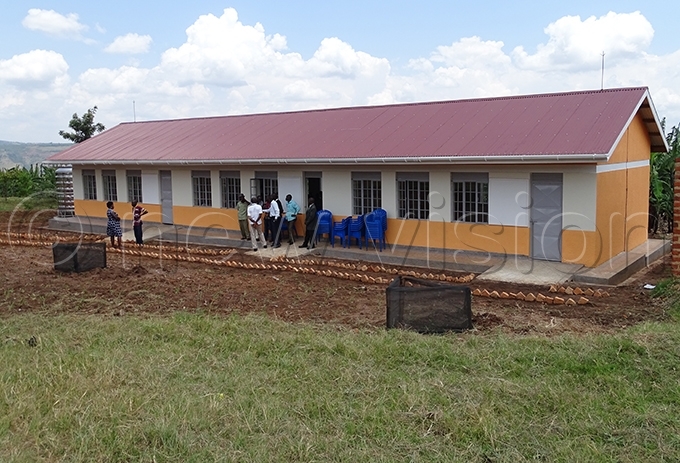 The government-aided school is located just shy of 4km from Rwamwanja Refugee Settlement, home to 78,000 refugees who fled violence in Congo's North and South Kivu in 2012.

Students at the primary school have just moved into two modern blocks of six classrooms, complete with toilets and large water tanks.

During the first six months of moving into the modern classroom blocks, enrolment figures show an increase in the number of pupils reporting to school, from 154 pupils last term to 204.

Monday Wilson, who headed the community procurement committee for the construction of the school says the facelift to the school will address the high drop-out rate.

"I studied at this school in the 1990s. We sat under trees. My children sat in those dilapidated buildings. I am happy to see learners move into modern classrooms," he stated. 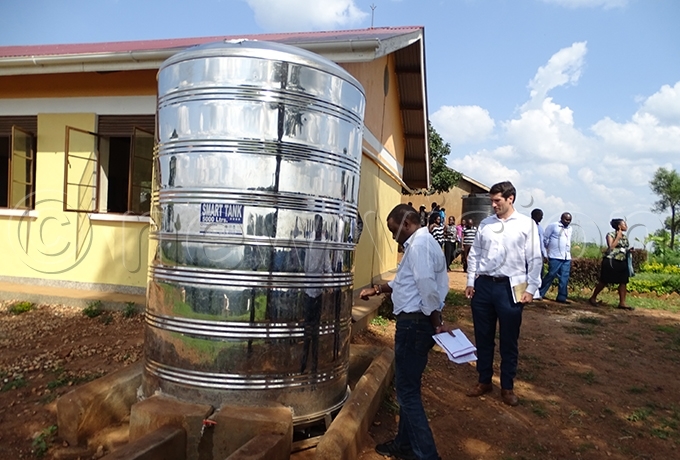 According to Wilson, many children in the village had been forced to drop out of the school or walk seven miles to the nearest primary school.

In Kyegegwa district, which is home to Kyaka I and Kyaka II refugee settlements with over 100,000 refugees, at least two primary schools have undergone a similar face-lift.

According to Charles Bafaki, the DRDIP project manager, the schools have been built using a model in which procurement, contract management and supervision is done by communities.

"Unlike the process where we rely on qualified professionals at the district, elected village representatives have committees which we support to handle everything," he explains.

Under the project, beneficiary schools are encouraged to plant trees around the premises, erect messages on environmental protection and adopt innovative energy-saving techniques. 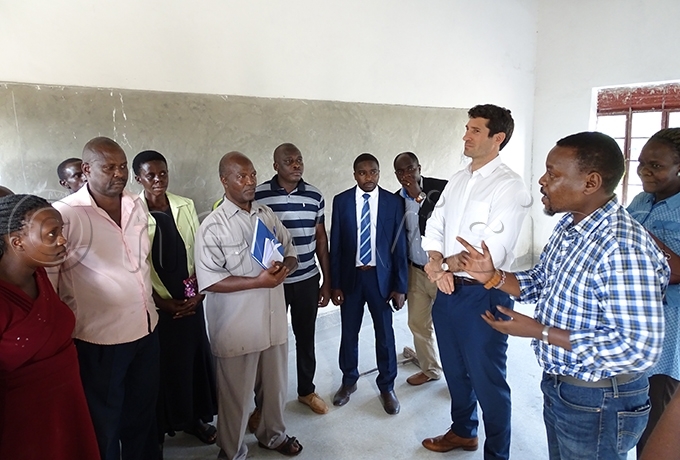 Munavu (right) and Mahony (2nd right) interact with the school management team of Rutaraka Primary School which got a facelift. Photo by Taddeo Bwambale

"We are pleased with what we have seen. The quality of work is good," said Michael Munavu, the World Bank's Team Leader for DRDIP during an inspection meeting in Kamwenge.

Munavu says the World Bank has committed another $150m (sh544b) to support more projects in health and education in refugee-hosting communities.

Unlike the existing phase of the project which covers only four districts until June 2020, the grant will cater to all of Uganda's refugee-hosting districts.

According to Munavu, the projects are part of recognition for Uganda's generosity towards refugees reflected by progressive policies that allow their integration into host communities.

Has Muzaata apologised to Kenzo?

Rema, Kenzo talk for the first time in two months