🎄 As it happened | Christmas Day in Uganda
Next Story

“The problem today is that our politics is so commercialised. We vote people because they have given us money. That is cheap politics," says the outgoing Church of Uganda Archbishop.

“The problem today is that our politics is so commercialised. We vote people because they have given us money. That is cheap politics," says the outgoing Church of Uganda Archbishop.

KAMPALA - The outgoing Church of Uganda Archbishop, Stanley Ntagali, has urged Ugandans to avoid being blinded by gifts and money and vote their leaders based on merit in the forthcoming elections.

"The problem today is that our politics is so commercialised. We vote people because they have given us money. That is cheap politics. Let's elect people on merit. Let's vote people who are able and can represent us in Parliament," he said.

He told Ugandans to trust in the Lord when it comes to choosing leaders, noting that leadership comes from the Lord. Therefore, he will bring them good leaders.

Ntagali was speaking at the Christmas service held at the All Saints Church's new cathedral in Nakasero. Hundreds thronged the midmorning service as Christians world over celebrate the birth of Jesus Christ.

In his Christmas sermon, the Archbishop said that that since Jesus is the Prince of peace, politicians should emulate him and promote peaceful coexistence between them and their political opponents. 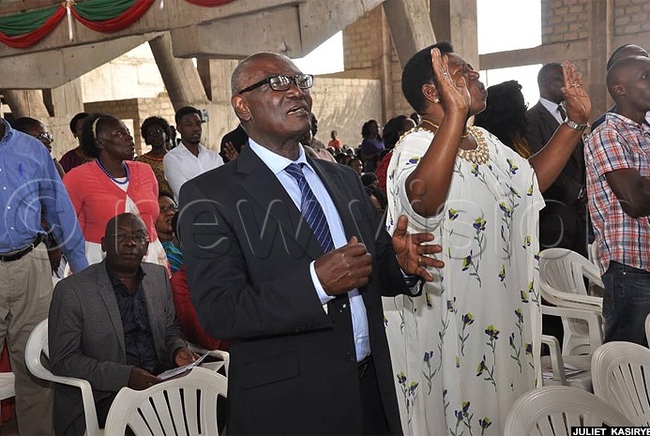 Ntagali also advised Ugandans to promote peace between their households and their neighbors, saying that they, too, should emulate Jesus the Prince of peace and ensure that they leave in peace with those around them.

He urged the faithful to accept Jesus Christ in their lives this festive season because all things, including life, are made through him. That He provides life and will be able to light up their path and guide them through life if they accept Him in their lives.

Giving the example of Mary, the Mother of Jesus who was blessed by God because of her humility, Ntagali urged Ugandans to be humble and accept Jesus as their personal Lord and saviour.

"God demonstrated his eternal love to the world when he sacrificed his only son. We have all sinned and fallen short o God's glory. Jesus came to bridge the gap that existed between us and God and us and fellow men," he preached.

He told Christians that when they receive Jesus Christ in their lives, they become full members of the wonderful kingdom of God and get their true identity as the children of God.

However, he noted that because of the love for materialism and quick gains, many people have abandoned the way of the Lord and chosen to live in darkness.

"In the Lord Jesus, we have great gains and we are more than conquerers. Follow Jesus and you will get all that you want," he told the congregation. 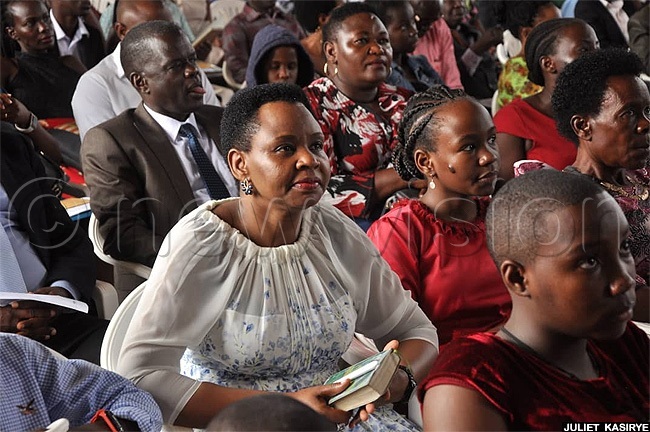 Lt. Col. Edith Nakalema, the head of the State House Anti-Corruption Unit, was part of congregation

On corruption, Archbishop Ntagali noted that greed and self-centredness are the key causes of corruption.

He said many Ugandans, especially those who hold positions of power, are self-centered and have no regard for fellow Ugandans in their greedy actions.

He lauded Lt. Col. Edith Nakalema, the head of the State House Anti-Corruption Unit, for organising the 2019 Anti-Corruption Walk, noting that by President Yoweri Museveni leading the walk, it symbolised that corruption is real and Ugandans need to come together and fight it.

He called on medics and those in power to care about the poor Ugandans instead of putting more above service delivery.

Ntagali also decried the rampant divorces, chaos and domestic violence in the country, and called on Ugandans to look up to the Lord for comfort.

He also warned Ugandans against engaging in sexual immorality and deviant behaviour.

FDC not popular in Entebbe - DP