Saturday’s action doubled as the Nkata Memorial which was won by Mark Rubatsimbira after he carded 64nett, also walking off with a trophy and absa goodies.

Entebbe Club Overall Mug Series winners Rita Akot Apell (left) and Robbins Mwehaire pose with their prizes after the Grand Mug of Mugs tournament at Entebbe Club, December 21 2019. They topped with 584 and 581nett respectively from the best of eight series competition. Photos by Michael Nsubuga

Saturday’s action doubled as the Nkata Memorial which was won by Mark Rubatsimbira after he carded 64nett, also walking off with a trophy and absa goodies.

Robbins Mwehaire and Rita Akot Apell were crowned as the best golfers of 2019 as the Castle Lite Grand Mug of Mugs as action came to a close at Entebbe Club on Saturday.

Mwehaire sealed it in style with a podium finish in the men's Group A where he carded 72nett , only beaten on count-back by Andrew Baguma who won the group and Twinemanzi Tumubweinee who was runners up, albeit with the same score.

Playing off handicap 9, Mwehaire won by 581nett from the best of eight series, relegating Ali Juuko who was two strokes ahead, going into the last round competition by two strokes to second place.

In the ladies category, Rita Akot Apell bagged her second mug series in a row having carded 584nett in her best eight rounds, with her closest challenger Irene Nakalembe, 8 strokes away in second. Maxi Byenkya finished third with 600nett while Briget Basiima and Pamela Tumusiime were fourth and fifth respectively. 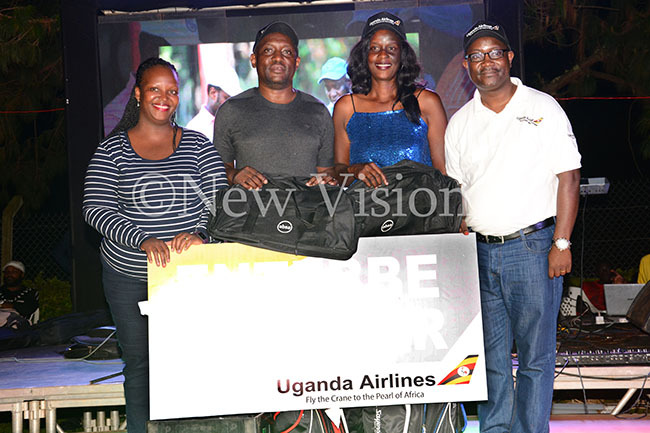 Mwehaire and Akot's efforts were rewarded with an air ticket to Zanzibar courtesy of Uganda Airlines on top of other goodies from absa. Annette Kiconco, Head of Customer Networks & SME, absa and Uganda Airlines Sales and Marketing Manager Deo Nyanzi crowned the champions amid a fireworks display as per Entebbe Club custom around this time.

The medal format of play competition was the season-ender that was spiced up by a fireworks display, dances and musical performances at the ‘19th hole'. 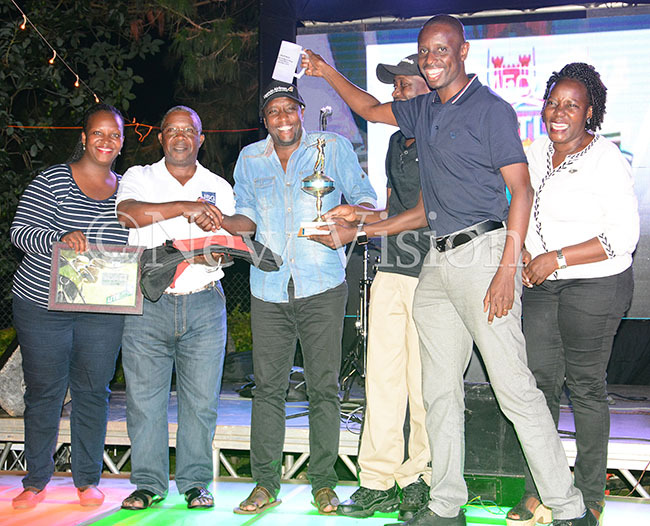 Saturday's action doubled as the Nkata Memorial which was won by Mark Rubatsimbira after he carded 64nett, also walking off with a trophy and absa goodies.

Andrew Baguma, Sam Kamugisha, and David Kateregga topped the men's Group A-C while Maxi Byenkya and Frista Birabwa scooped the Ladies Group A and B prizes.