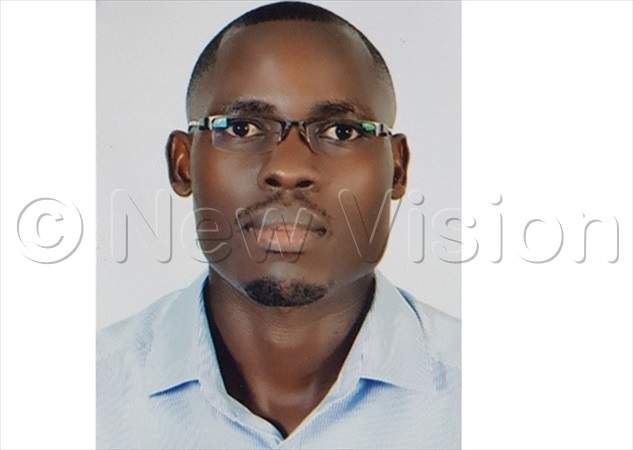 Social media has over the years changed the world, it has been rapidly growing ever since the early 2000s. The rapid adoption of these technologies has changed how we access information.

Facebook, Youtube and WhatsApp alone are estimated to have over 3.4 billion users globally, yet the world population is estimated to be 7.7 billion. Businesses have exponentially grown and loads of success stories have been documented because of social media information.

Why not bring this to health matters? Social media is now the largest transmitter of information worldwide. If health programmes were quickly spread through social media platforms the way some negative or positive social or political information is spread, we would be a step ahead in our key health indicators.

Uganda recently successfully conducted a historical mass vaccination campaign from October 16 to 22. This mass Measles-Rubella (MR) and Polio vaccination campaign registered extraordinary success; something Uganda had never seen in any mass campaign! It was with great surprise that a few Ugandans preferred to focus on the minor, but largely baseless negatives before and after the campaign.

The Immunisation and Public Health Acts meant that this campaign was mandatory for the sake of our children, but this was interpreted by some people as being forced to get bad medicine - the facts are not close to that. A total of 19,476,110 children received the MR vaccine and 7,955,597 received the Polio Vaccine. Following the campaign, measles isolation wards went dry; no child was admitted with measles. From the routine weekly reports received from all health facilities in Uganda, there was an over 70% drop in the number of suspected measles cases. Also important to note is that only about 45% of reported suspected measles cases are really measles following laboratory testing. This means that out of 100 suspected measles cases before the mass vaccination campaign, we currently have about 30 cases, but not all the 30 are actually measles.

Out of the 19,476,110 who received the MR vaccine, the Uganda Expanded Programme on Immunisation (UNEPI) - Ministry of Health, through the pharmacovigilance centre, had received only 90 reports of children with suspected side effects by November 15. This was over three weeks after the vaccination. Although the above facts were shared at a press conference by health minister Hon. Dr Jane Ruth Aceng, social media was not quick to spread them like it does some negative diversionary yet unconfirmed or baseless social media reports. Such negative reports can only cripple the good fight against killer diseases. When we get sick, undesirable socio-economic outcomes including loss of jobs, loss of income, low productivity at work and increased school absenteeism, if not dropout may follow, yet cheap or free interventions are available to us.

The public should note that interventions such as vaccination are for the good of the entire population. One of two individuals that report side effects does not mean that a given intervention/pharmaceutical product (drug or vaccine) is a bad one. By the way, there is no single drug without a side effect, however, as you might already know, not everyone gets the side effect(s), which are, moreover, largely minor.

For the MR vaccine, 86% of the side effects reported after the recent campaign were minor, while 14% were unconfirmed (they were being investigated). The rest were social media stories of unknown origin. The reported side effects included soreness, redness or rash at the injection site, fever and swelling of glands below the cheeks or neck.

What if we shared this mass vaccination story this way, on social media, "over 19 million children received the MR vaccine, less than 0.001% got side effects and the measles ward in Mulago is empty three weeks after the historical mass vaccination campaign in Uganda?" In fact, this campaign had a lot of positives that could have gone unnoticed by many social media users. The MR vaccine came as a combination vaccine with a new antigen against rubella and measles.

Rubella can cause serious birth defects if a mother catches it during Pregnancy, yet it was very common in Uganda before the mass vaccination campaign. So, when we get a vaccine against such a disease, it is worth sharing and encouraging the public (eligible children from nine months) to get treated. Always remember that Uganda only adopts safe and effective drugs, interventions or medical technologies that are approved by the World Health Organisation. Uganda's scientists also play a critical role in ensuring the safety of Ugandans.

Let us use social media to spread information that can positively impact public health because it will go a long way in improving our health standards and economic situation. The fact that over 75% of the diseases in Uganda can be prevented by encouraging people to do mostly free key practices, social media messages can change the status quo. Messages that guide the public to prevent HIV/STIs, malaria, TB, diarrhoea, respiratory tract infections, malnutrition and embracing key interventions such as family planning, immunisation, personal hygiene and environmental sanitation,  attending antenatal care, health facility delivery and postnatal care will help us prevent diseases with subsequent growth of household incomes.

Please contact the health ministry on toll-free 0800-100-066 or send a free message to 6767 for appropriate information on health matters.

The writer is a Field Epidemiology fellow at the Uganda Public Health Fellowship Programme, Ministry of Health