What if Mary was Ugandan
Next Story

Police advises shoppers to survey what they want to buy first and know the prices, plan exit routes and possible places for parking, then come back later with money and buy to reduce the risk of being robbed

Kampala- The Christmas season is here and people are flocking into Kampala to do shopping for resale up-country and across the border in countries such as DR Congo, Rwanda, Burundi, and South Sudan. Others are buying for their own homes or as gifts.

Thieves, too, are warming up to take advantage of the busy shopping crowd, people coming to Kampala for a short time and any opportunity to steal. They do so through forceful robbing, stealth pickpocketing or conning unsuspicious members of the public.

According to Police, forceful robbing is not common because there is deployment in most of Kampala city. Pickpocketing and fraud are the main crimes within the business centre. 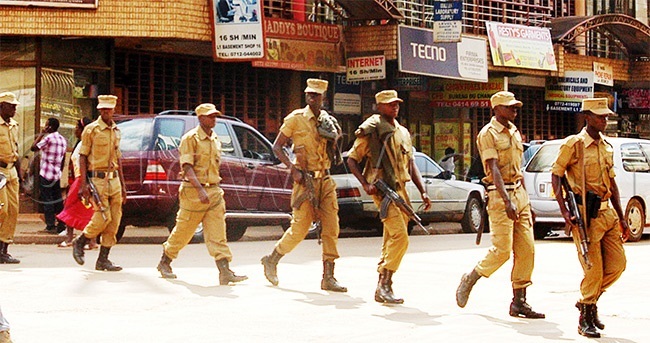 "People should be careful whenever they come to town because there are others waiting to reap from where they did not sow. Just be careful," he adds.

Most of the victims who report to Police say their misfortune happened in the morning and evening hours. Most of the thieves arrested dress in jeans and dirty sneakers.

Some of the shops in arcades that receive many customers have installed CCTV cameras. Police, therefore, advises the public to plan shopping routines wisely, shop during the day and probably move with a friend.

"Do not buy more than you can carry and always pay attention to your surroundings. Purchase expensive or large items on your last stop to avoid attracting criminals," Police guidelines say.

Police also advises shoppers to survey what they want to buy first and know the prices, plan exit routes and possible places for parking. They can then come back later with money and buy. This saves time, risk and inconvenience.

Many people are shopping for clothes and shoes for children. Some need to carry them along to try them on before they can buy. Before you come to the shopping district, teach your children what to do in case they are approached by strangers.

If possible, carry limited cash. Ask if you can pay by mobile money during your scouting tour. You can give priority to those who take digital money because that enables you to move with limited cash.

Carry your purses and wallets close to your body and, if possible, in the inside pocket. Be cautious of your purse while in crowds.

The Police adds that you should not hesitate to notify them if you see any suspicious activity. And, if you feel threatened, raise an alarm to attract attention from the Police, who will be on foot patrol or fellow shoppers.

If using public transport, have your change ready in your hands so that your wallet is out of sight. Do not board an empty taxi and avoid lifts from strangers; they can be dangerous.

According to the com­munity liaisons officer at Central Police Sta­tion, Fred Emacit, there are four common types of thieves in town.

Cheap stores criminals are always on the move, convincing unsuspected shoppers that they can take them to cheaper bargain shops.

"They are common in shopping malls, Ki­kuubo and arcades. It is usually a group of three men and one woman. Most people who have fallen prey to this group are foreigners, espe­cially those from DR Congo, Tanzania, and South Sudan," Emacit says.

He advises people not to be lured by cheap things and to always be careful.

The second group is conmen who operate in banks and around ATM machines. They disguise themselves as customers as they monitor clients. They then ask unsuspecting shoppers if they want help.

"The victim sees how they are dressed and the ATM cards in their hands and gets con­vinced that they are genuine Good Samari­tans. Meanwhile, the thieves are monitoring the victim's pin code. If their help is accepted, they exchange the cards in the process and take the victim's card," Emacit says.

Pickpocketers are also rampant in Owino, Kikuubo and Gazaland. They dress smartly, so you cannot suspect them. While walking, they rub themselves on you as another one is pickpocketing. Usu­ally, the victims do not know when and where they lost their items. They discover this much later.

Kampala metropolitan police spokesperson Patrick Onyango says criminals are every­where monitoring customers and moving aimlessly. Most people do not report such incidences, unless they have lost documents, such as national IDs and passports.

The other group is bag grabbers. These take advantage of traffic jams and lights, light crowds where they can easily make an escape and lone corridors. They pounce quickly and take off.