Speaker Rebecca Kadaga and other parliamentarians pose with the football trophy the Ugandan team won. Photos by Johnson Were.

The Speaker of Parliament Rebecca Kadaga has called for more cooperation within the East Africa community.

Kadaga was speaking to parliamentarians during the closing ceremony of the 10th edition of the East African Community Inter-Parliamentary games on at Hotel Africana, Wednesday night.

"Let us move forward; we need to deepen and widen the cooperation as demanded by the East African Community presidents. We need to identify areas of cooperation. Let's rally behind our Governments so that everything is run very well," Kadaga demanded. 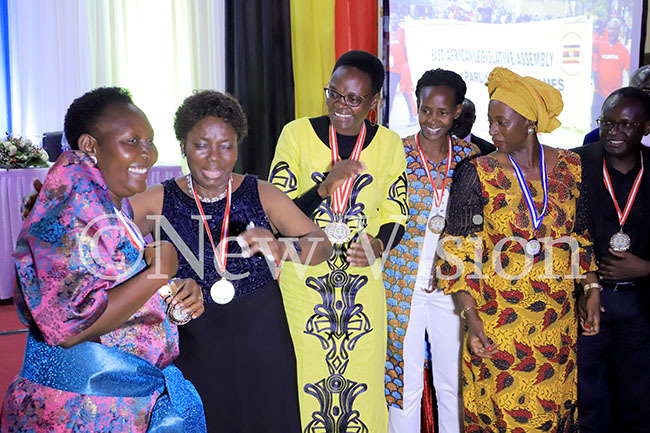 Speaker Kadaga having a good time with other legislators at the dinner.

Uganda that was the host of this year's edition managed to walk with gold medals in both men and women basketball, football, netball, and golf.  Kenya who was the closest contender to Uganda won athletics, volleyball, Tug of war, the walking race among others.

However, the organising committee said that the overall champions will be announced at a later date after computing all the results.

"We thank Uganda for being very good hosts. The successes we have enjoyed for the past few days is a product of hard work for the entire year of preparations.  Through cultural and social interactions it shows that we moving forward towards integration," noted Ngoga. 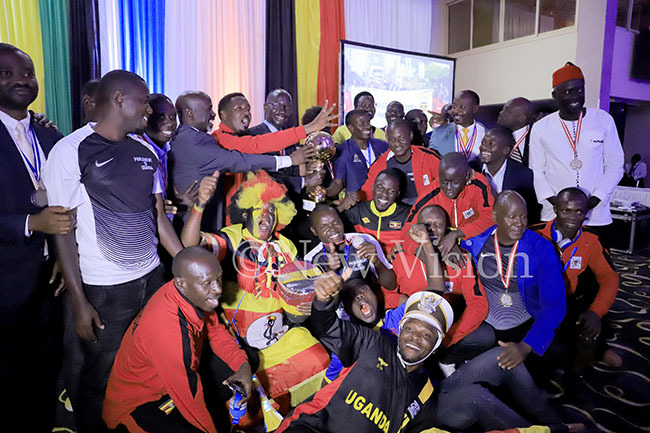 The joy of winning a trophy

The 11th edition of the games will be held in Arusha, Tanzania in December next year.

Tender notice from Bank of Uganda