Four sentenced to death over murder of mobile money agents

(L-R) Ntale Issa, Stanley Mulunda, Anichan Bob and Dennis Mangusho in the dock at the General Court Martial on Wednesday for their sentencing. Photo by Douglas Mubiru

The General Court Martial sitting at Makindye has condemned four men over the murder of mobile money agents, to be hanged. 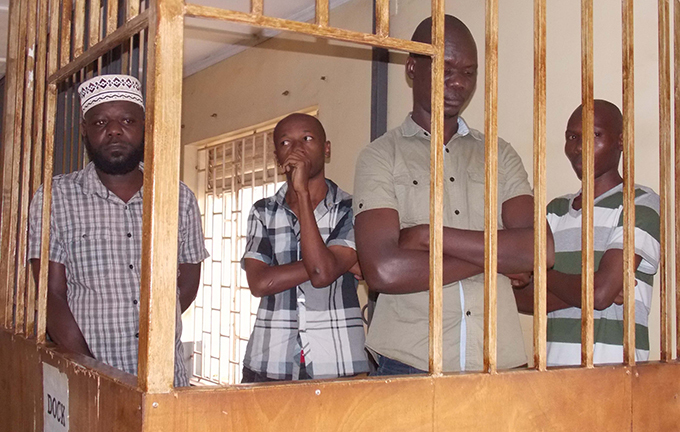 He added that the deceased left two young children aged five and two, who will never see a mother's love again and are now helpless.

The prosecution alleged that the convicts and others still at large on June 10, 2019, at Zzana cell, Bunamwaya, Makindye Ssabagabo in Wakiso district, with malice aforethought caused the death of Nakabuubi and Nalwadda.

The convicts also robbed Nalwadda of sh6.8m and immediately or before the time of the armed robbery were in unlawful possession of a deadly weapon, two SMG rifles.

Prior, state prosecutors Lt Col Raphael Mugisha and Cpt Ambrose Baguma requested for a maximum sentence on grounds that convicts have never reformed much as they have previously been charged and convicted over various robberies. 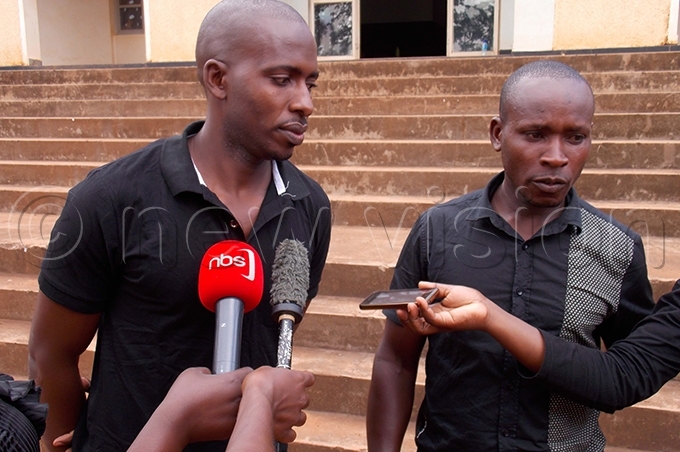 Relatives of the deceased speaking to the media after the sentencing the convicts. Photo by Douglas Mubiru

The deceased's brothers, Elisha Kato and Robert Kayemba, thanked the State for having adduced the required evidence that pinned the convicts.

"We want to thank the government for providing the 16 witnesses who played a tremendous role throughout the trial, we are now contented and happy for the penalty even though our sisters' lives are no more," Kato said.