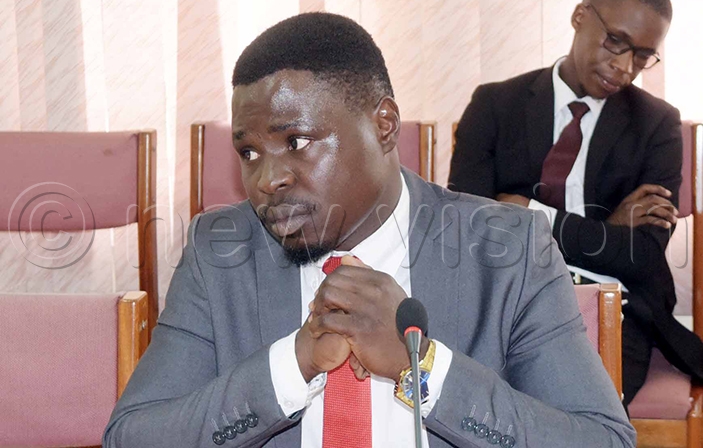 Mityana Municipality legislator Francis Zaake has said that the Makerere University Vice-Chancellor, Prof Barnabas Nawangwe, undermined the Parliament by branding it a ‘toothless dog' that could not resolve the institution's grievances.

Appearing on Wednesday before the Parliamentary Committee on Rules, Privileges and Discipline, Zaake said that he was compelled to confront Nawangwe after he allegedly undermined Parliament.

"Mr Chairperson, Prof. Nawangwe responded to a few questions when he appeared before the education committee. He never answered any of my questions and I felt that this was not only unfair but also a show of impunity from him. I walked towards the committee chairperson Richards Opolot (‎Pallisa County) to deliver my dissatisfaction," Zaake said.

"He (Nawangwe) later joined us smiling, from where I repeated the allegations to him because I felt that was an opportunity for my questions to be answered. However, instead of answering he just stated that Parliament was a toothless dog that could not do anything about what was happening at Makerere.

"I pray this committee treats Nawangwe's complaint against me with the contempt it deserves. As a legislator, I will keep standing for the oppressed, in order to strengthen their confidence in Parliament as an institution that upholds accountability," Zaake said.

Zaake is facing disciplinary probe, following his alleged misconduct of behaving dishonourably to Nawangwe, during the ongoing inquiry into the recent university strike.

The committee chairperson Kenneth Ongalo Obote (Kalaki County) reminded Zaake that "Nawangwe testified before the committee that you pointed a finger at him, threatened to punch him if he failed to answer your question. Also, the Jonam County MP Emmanuel Ongiertho testified that you were unruly and disrespectful."

Obote explained that Opolot told the committee that Zaake was hostile, dangerous and never sought for permission to ask the question. "Nawangwe and Opolot questioned your behaviour wondering how you were raised up. Opolot felt uncomfortable having a fellow MP acting in such a manner."

In response, Zaake, who kept on smiling, said: "I behaved and conducted myself in a parliamentary manner. I also respect the rules of procedures of Parliament. I wish the committee can watch footage of the recordings from the Parliament CCTV cameras to show what transpired during the inquiry."

Apollo Masika (Bubulo East MP) said: "Referring to Zaake's behaviour during the Amendment of article 102 of the constitution (age limit amendment), Zaake lifted microphone stands and chairs throwing them at others. He did not apologise to those he injured, it seems there an invisible force which pushes Zaake to behave like that."

Stella Nyomera Namoe (Napak) said: "According to the video footage I watched from one of the local television stations, you behaved badly, by pointing a figure at Nawangwe threatening him. However, it does not mean that fellow colleagues are witch-hunting you."