Who has been in Museveni's cabinet over the years?

In the last 33 years, President Museveni has changed cabinet several times at some time increasing the ministers and creating new dockets.

On January 29, 1986, Museveni took oath as president of Uganda and thereafter swore in his first cabinet.

Below is Museveni's first cabinet;

Dr. Paul Kawanga Ssemowogere
The former Democratic Party president served first as the internal Affairs minister before moving on to foreign affairs in the NRM government. After eight years in the NRM government, Ssemwogerere resigned and went on to contest for the presidency in the 1996 General Election. He relinquished the party leadership and retired to private life. 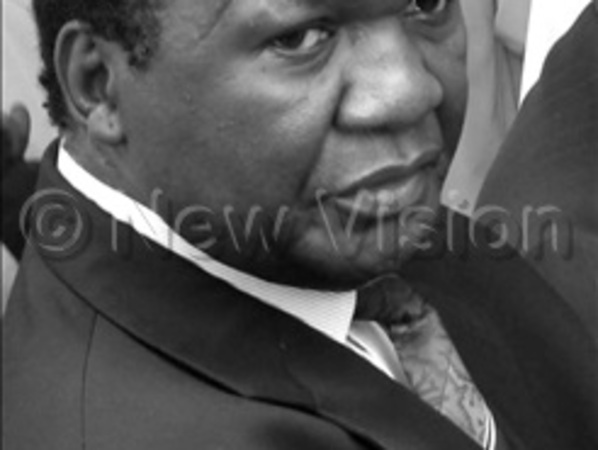 Dr. Ruhakana Rugunda
The current Prime Minister was among the first people to make it to Museveni cabinet. Rugunda served as a health minister in the 1986 Cabinet. He served in different ministries before becoming Uganda's the chair of the UN security council. He returned to the cabinet and was appointed prime minister replacing Amama Mbabazi.

Prof Shem Masaba
The controversial minister of veterinary and animal industries served for only a year, leaving the Cabinet in 1987. He is remembered for critisising fellow ministers calling them corrupt on the floor of Parliament.  "All ministers must be corrupt because they all lived a good life, which could not be financed from there official salary". He later went to teach at Makerere University before retiring to private life.

Prof Edward Kakonge
He was the Local Government minister in 1986. In 1989, like the rest of the cabinet ministers, he went to contest for the Constituent Assembly election, but he lost. Prof. Kakonge went back to teach at Makerere University.

Col Kizza Besigye
He started as the deputy minister for internal affairs and national political commissar in 1986. He served in many other capacities in government and the UPDF including director of logistics and engineering as well as commander of the merchandised Battalion at Kasijajirwa in Masaka. About 14 years into Museveni's government, he wrote a document that attacked the NRM government and the President, prompting a proposal to court-martial him. He escaped the court-martial but turned around and announced his plan to contest for president in late 2000. He went on to form a political pressure group - Reform Agenda - which gave birth to Forum for Democratic Change. Dr. Besigye has challenged Museveni in the last four elections; 2001, 2006, 2011 and 2016. 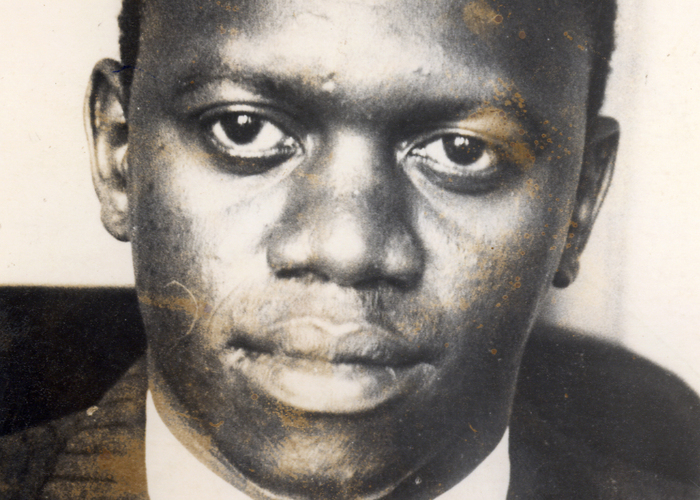 Capt. Gertrude Njuba
She was a deputy minister of relief and social rehabilitation. However, her stay in the cabinet was short-lived although she remained an influential politician in the government. Currently, Gertrude Njuda heads the land directorate in the office of the President.

Israel Kayonde
Kayonde was one of the first NRC that formed the legislature before it was expanded in 1989. Kayonde later retired to live a private life.

Robert Kitariko
Although a DP diehard, Kitariko was appointed the minister of agriculture in the first cabinet. He later went back to his party although not actively until 2001 when he was appointed commissioner on the Electoral Commission.

Kitariko a former Democratic Party (DP) secretary-general also served as the minister of Public service. He died in early 2016.

Sebana Kizito
The former Democratic Party leader and presidential aspirant was the first Regional Affairs minister in the NRM government. He went on to serve in different posts as minister of Cooperatives and Marketing. He was elected mayor of Kampala in 2001, before vying for the presidency in the 2006 General Election. After the failed presidential bid in 2006, Ssebana retired from active politics. 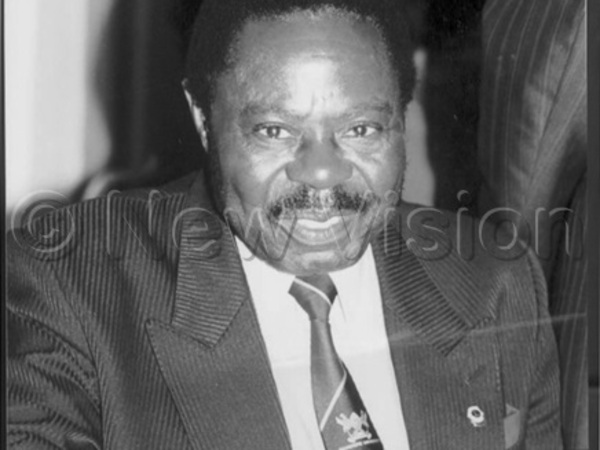 Amanya Mushega
Museveni's first deputy defence minister served in different capacities as a minister before leaving the local political scene to become the first Secretary-General of the revived East African Community in Arusha. Upon the expiry of his term, Mushega rejoined active politics as a member of FDC.

Kahinda Otafiire
He started as the deputy minister for local government and went on to serve in different ministries, before going on a sort of leave from politics when he offered to resign after drawing a pistol on a wife of one for the fellow ministers at Fairway Hotel. He was dropped from cabinet in 1999 after which he talked to local media of how disappointed he was, before adding that he was capable of causing trouble. He was later deployed in DR Congo before bouncing back as minister. He is now minister designate for East African Community affairs after a stint in justice and constitutional affairs.

Mayanja Nkangi
Nkangi first served as minister of education in the 1986 cabinet, before going on to serve in different ministries including that of finance. When he left cabinet, he was appointed the chairman of the land Commission where he served for 10 years.

Kirunda Kivejinja
The first minister of relief and social rehabilitation is a historical member of the NRM. During his tenure as the transport minister Kivejinja resigned from government when he was faced with a possibility of being censured by Parliament on allegations that he was responsible for the loss of thousands of litres of fuel from the former Uganda Railways. He went on to work as a director at the Movement secretariat before bouncing back as a minister in different dockets including presidency. Kivejinja is the Second deputy Prime minister and minister without protfolio

John Ntimba
In 1986, Ntimba was appointed the deputy minister in charge of higher education. A senior civil servant, Ntimba did not serve in different ministries. After leaving Cabinet, he became chairman of the Makerere University appointments board.

Dr crispus Kiyonga
He started as the minister of Cooperatives and Marketing in 1986 before moving on to Finance, replacing Prof Ponsiano Mulema who had passed away. Kiyonga spent some years out of a cabinet before bouncing back as a minister of Health and later health. He is now Uganda's ambassador to Beijing, China. 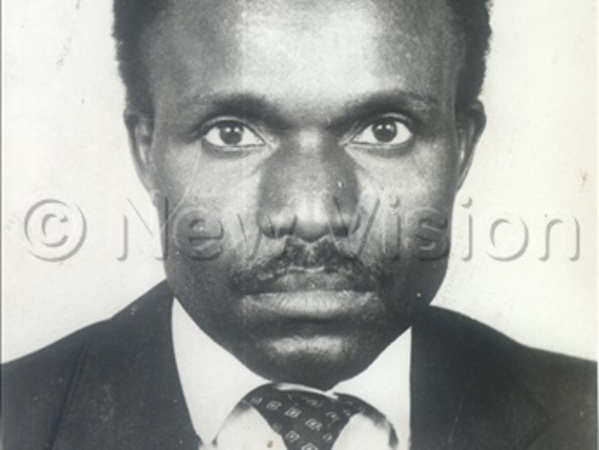 Victoria Sekitoleko
She started as a deputy minister for agriculture and rose to be the full minster in the same ministry. Sekitoleko later went on to work with the United Nations as head of the United Nations Food and Agricultural Organisation Central Africa region based in Harare. She retired to private life where she is one of the judges in the Vision Group's Best Farmers' Awards.

Bidandi Ssali
He started as a minister of labour before moving on to serve in different capacities as a minister for 17 years, including for local government. At the advent of the return to multiparty politics, he played a vital role in transforming the NRM organisation into a political party before falling out with the party he helped create. When he left government, he went ahead to form his political party - People's Progressive Party (PPP) - and he contested in the 2011 presidential elections.

Ben Okello Luwum
The son of the late Archbishop Janan Luwum was the lands and survey minister. Upon leaving his cabinet position, he went back to private practice as a certified accountant.

Samson Kisekka
Museveni appointed Dr. Kisekka as the Prime Minister of Uganda on January 31, 1986, in which position he served for five years. He was later elevated to the office of the Vice President on January 22, 1991. He also served as a special presidential adviser until his retirement in 1994. He died in 1999.

David Lwanga
He was a minister of environment in 1986 and after a short stint in politics, he went back to his medical practice.

Alex Ofumbi
He was the minister of youth Culture and Sports. The doctor returned to his private practice.

James Batwala
He was the first deputy minister for health under the Museveni government. A renowned gynecologist, Dr Batwala retired from politics back to his profession.

Mawumbe Mukwana
Mukwana started as a deputy minister of information and broadcasting. When he left Cabinet, he was posted as the RDC for Tororo.

The July 2, 1991 reshuffle was significant in that it introduced the office of the Vice-President and Dr. Samson Kisekka, who had previously served as Prime Minister was elevated to Vice-President. 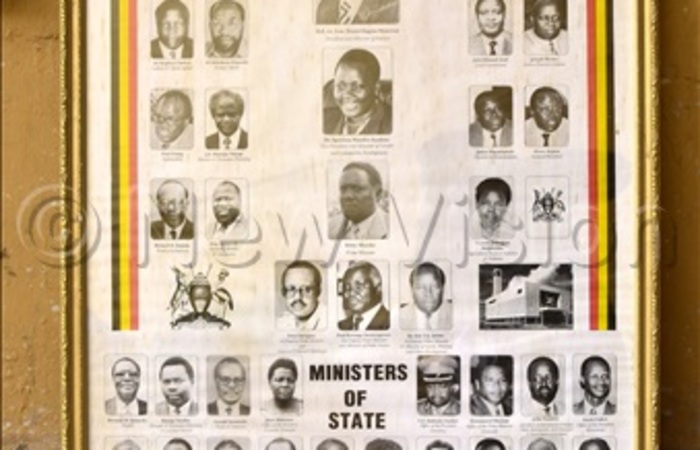 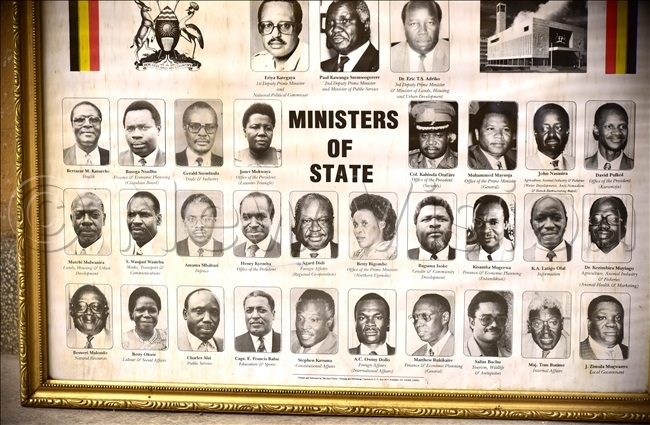 About three years later, both Samson Kisekka and George Cosmas Adyebo were dropped from the cabinet. Kisekka was appointed senior presidential advisor, while Adyebo never made it to the cabinet again until he died on November 19, 2000.

By the time he became Premier, Adyebo was an NRC member for Kwania (1989-96). He had been an Apac District Councillor (1987-89) as well as Principal of the Uganda College of Commerce Aduku.

Adyebo once said he had a list of the 100 most corrupt Ugandans. He never published the list. Several people from Lira and Apac said Adyebo was one of the most development-minded politicians.

Adyebo was replaced by the than Kalungu East (Masaka) legislator Kintu Musoke who served until 1999.

Kisekka was reportedly sacked while on an official trip to South Africa. He was replaced by the first woman Vice-President in Uganda and Africa, Dr. Specioza Wandira Kazibwe. Her appointment was viewed as the epitome of women's emancipation in Uganda and Africa.

She won accolades from all over the world and was recognized and wold fora as a symbol of women's emancipation.

The July 1996 cabinet reshuffle never brought in many changes, but it was the first after the first directly held presidential elections of May 9, 1996.

He won with over 75% of the vote, the highest he has ever got in any presidential election.

Barely a year later, another reshuffle was made in which the ministry of ethics and integrity was created. This was seen as a move to fight corruption in the country. The appointed minister was none other than the fire-spitting Miria Matembe.

Another reshuffle came months later and Kintu Musoke was dropped as Prime Minister. Prof. Apolo Nsibambi formerly a don at Makerere University was appointed to replace him. That was the last time Kintu Musoke was in active politics.

After the 2001 elections in which Museveni's biggest challenge came from his former confidant and doctor Col. Kizza Besigye. His new cabinet was seen as moving towards a softer stance. Museveni relieved himself of the portfolio of defence and gave it to Amama Mbabazi, while he posted Eriya Kategaya. The country was also preparing for a referendum that would usher in the multiparty dispensation.

In 2003, as the debate raged on who would replace President Yoweri Museveni if he decided to step down after 20 years of presidency in 2006, some voices within the inner circle of the National Resistance Movement called for a change of the constitution to remove the term limits.

According to the 1995 Constitution, a president was supposed to serve only two consecutive terms. Therefore, Museveni was serving his last constitutional term after getting elected in 2001.

While others wanted him to contest in 2006, a number of people including his arguably closest confidant and friend Eriya Kategaya opposed the move to change the constitution.

Museveni kept silent about the issue until June 11, 2003, when he sacked those who opposed the third term move as it was than known. Eriya Kategaya and Miria Matembe on that afternoon of June 11 sacked, and although Kategaya later returned to the cabinet in 2006, Matembe remained vocal and has never returned to government.

By the time Kategaya died 10 years later, he was Minister for East African Community affairs.

One of the surprising faces on this list was Eriya Kategaya's. He had been sacked for opposing Museveni's presidency after 2006, but after Museveni had won the elections, he appointed him a minister.

This was announced soon after President Yoweri Museveni was sworn-in on May 12, 2011. 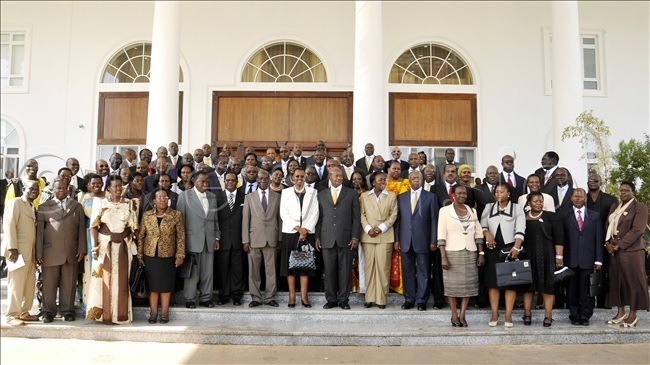 A group picture of the 2011 cabinet after taking the oath 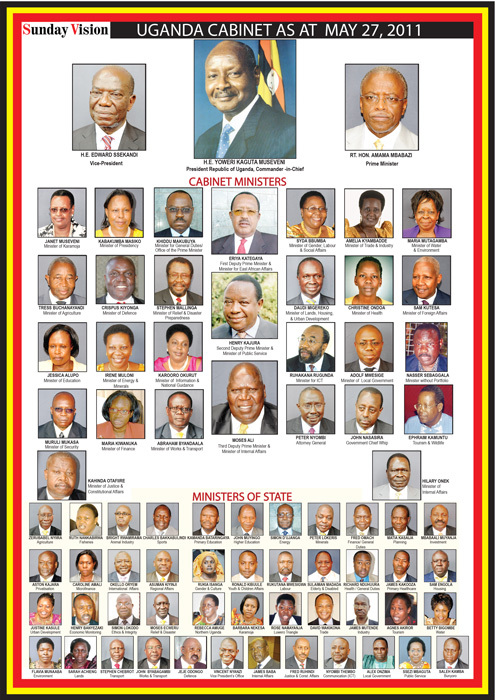 Edward Ssekandi and Amama Mbabazi came into the team on respective positions. 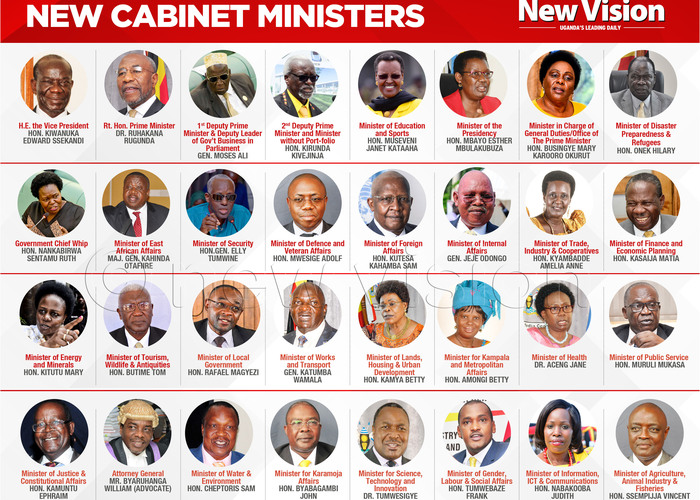 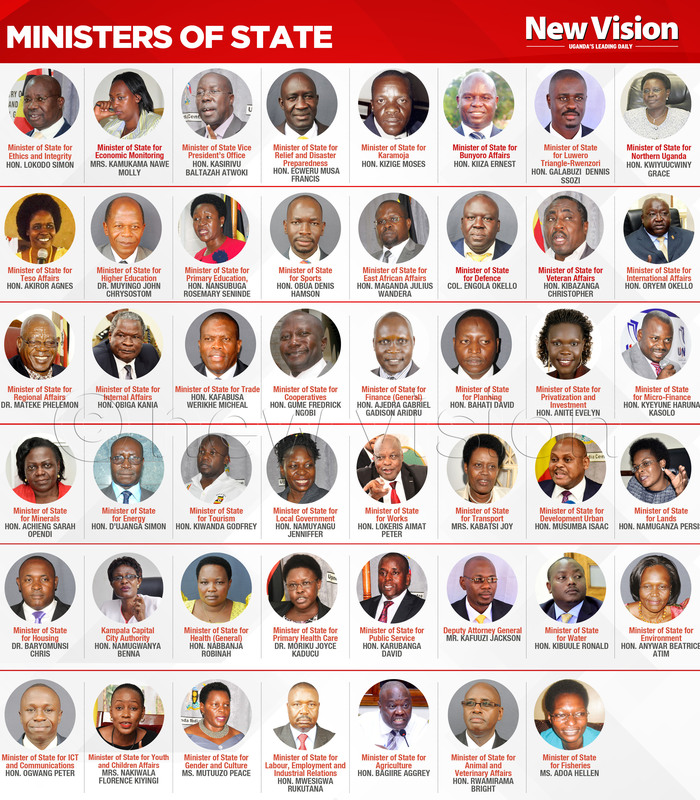