Marriage and Divorce Bill not dead, says N...
Next Story

"I had never gone through such struggles but when my father walked away from us while I was in Primary Three, I had the bitter taste of being brought up by a struggling single mother"

"I had never gone through such struggles but when my father walked away from us while I was in Primary Three, I had the bitter taste of being brought up by a struggling single mother"

On November 1, Vision Group launched a three-month multi-media campaign aimed at achieving access to sexual and reproductive health and rights for all Ugandans. The campaign, dubbed ‘Live Your Dream', is being implemented in the context of the United Nations Population Fund global strategic plan. Francis Emukule looks at the story of Ronald Eligu and how he is empowering young mothers in slums to live their dreams

If you take a stroll in most of Uganda's slums, you will encounter many single mothers struggling to fend for their children. With no resources, single mothers leave their children to the mercy of fate. Consequently, the children end up on the streets and engage in activities such as sex work, theft, and drug abuse.

Ronald Eligu experienced the harsh reality of growing up under the care of a single mother with no livelihood in the slums of Namuwongo in Kampala, a place characterised by hopelessness and devastation.

Amidst such tough conditions, it is very hard for most of the youngsters to live their dreams or even make ends meet. However, the 23-year-old first-year student of arts in social sciences at Makerere University has chosen to become a beacon of hope to the hopeless single mothers and adolescents in his slum community.

He helps them peddle through matters of sexual reproductive health and economically empowering them. Slum life "I have been in the slum since 2004. I have witnessed the struggles single mothers go through. I had never gone through such struggles but when my father walked away from us while I was in Primary Three, I had the bitter taste of being brought up by a struggling single mother," says Eligu.

Eligu and his siblings were only left with their illiterate mother, Annah Asamo, who was also unemployed. She could barely get them a meal a day. As a result, some of his sisters took to sex work to get food. Eligu was lucky to attain an education at a community centre in Namuwongo called Ray of Hope, which pushed him up to Senior Six. 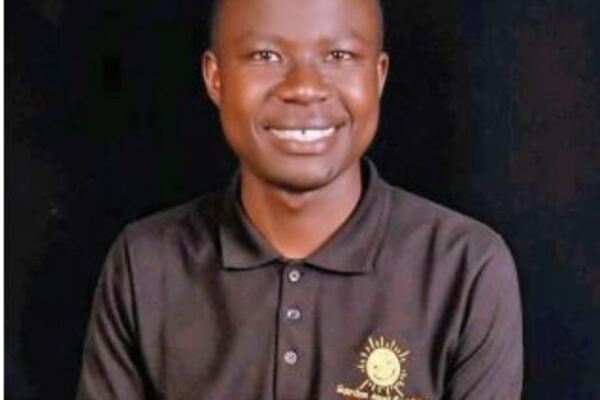 "After completing my Senior Six, I went back to the slum because I used to attend boarding section. "But what I found back in the slum was not pleasant. All the young people I used to study with at the community centre had turned to sex work in Kabalagala. My sister was among them," Eligu explains.

He adds: "Most of the boys joined gangs and engaged in drug abuse, I needed to bring hope." He started an outreach team with various stakeholders mostly from Alive Medical Services and women groups in Namuwongo to address the plight of young women and youth in slums.

The goal was to change the mentality of women in the slums in terms of relationships, sexual life and financial independence, targeting majorly young mothers. These efforts eventually birthed the Touch the Slum project, an initiative aimed at showing young girls that prostitution is not the only way to survive.

The project also empowers young mothers and the girl-child with sexual reproductive health knowledge. "We are offering vocational skills training to equip single mothers with hands on skills. Once we equip them with skills, they will be able to start their own small businesses to make some money for themselves," says Eligu.

Skilling is also a tool that Eligu hopes is going to keep the single mothers off the streets but most importantly, economically empower them and eliminate sex work as an option. Eligu also aims at preparing young mothers, teenage girls, and pregnant mothers by empowering them through mentorship from different experts such as doctors, peer groups and counsellors.

"We do peer-to-peer education whereby health workers from Kisugu Heath Centre talk to pregnant young mothers to equip them with maternal health knowledge. The youth are also given life skills counselling by university students," Eligu says. The project also provides academic scholarships for the underprivileged children in the slums through an umbrella project called Guardian Angel.

Eligu hopes to create an ecosystem that is self-sustaining and strong enough to tackle issues not only in his slum but far beyond his reach. His ultimate dream is to see a self-sustainable generation of young mothers who can develop communities beginning with themselves, he also wants to eliminate high rates of young mothers.