Shocking stories of the last 20 years in Uganda

The cult preached millennial armageddon, that the world would end on 31st December 1999.

The cult preached millennial armageddon, that the world would end on 31st December 1999.

2000: Followers of the Movement for the Restoration of the Ten Commandments of God, a group that splintered from the Roman Catholic Church were found dead from a fire believed to have been orchestrated by the cult leaders.

The leaders of the cult were identified as Joseph Kibwetere, Fr. Dominic Kataribabo, Fr. Joseph Kasapalaali and Credonia Mwerinde. It is believed that 778 members died in the fire. However, six mass graves were found on the cult land measuring up to 48 hectares. More than 280 bodies were found and recovered from these graves, bringing to the total death toll up to over 1000.

The cult preached millennial armageddon, that the world would end on 31st December 1999. Believers were encouraged to pay their debts, make peace with other people, and sell off their property in preparation for the death. The prophecy did not come to pass bringing mistrust among the believers.

2000: Captain Dan Byakutaaga disappeared after over $1m (then about sh1.6b) meant to pay UPDF soldiers' salaries mysteriously disappeared. He was the finance officer for Operation Safe Heaven based in the Democratic Republic of Congo.  Byakutaaga had previously worked in various units of the army as a finance officer in departments like the Luweero industries, the air force school, the school of infantry, Jinja and the pay unit at the general headquarters.

He was a trained officer who did his cadet officer training in Nigeria in 1987 and the company commander's course in Tanzania in 1998. He held a Bachelor of Commerce degree from India. As finance officer for Operation Safe Heaven, he was responsible for the payment of emoluments, salaries and other entitlements, including ration cash allowance, to all the officers in the units under the operation.

2001: Enock Ssebbanga came to prominence in 2000 when the Police arrested his father and step-mother for torturing and locking him up for over two months in a kennel. His father Charles Kayongo and step-mother Regina Nabakooza, who accused him of stealing money and food from them, were charged and each sentenced to seven years imprisonment. 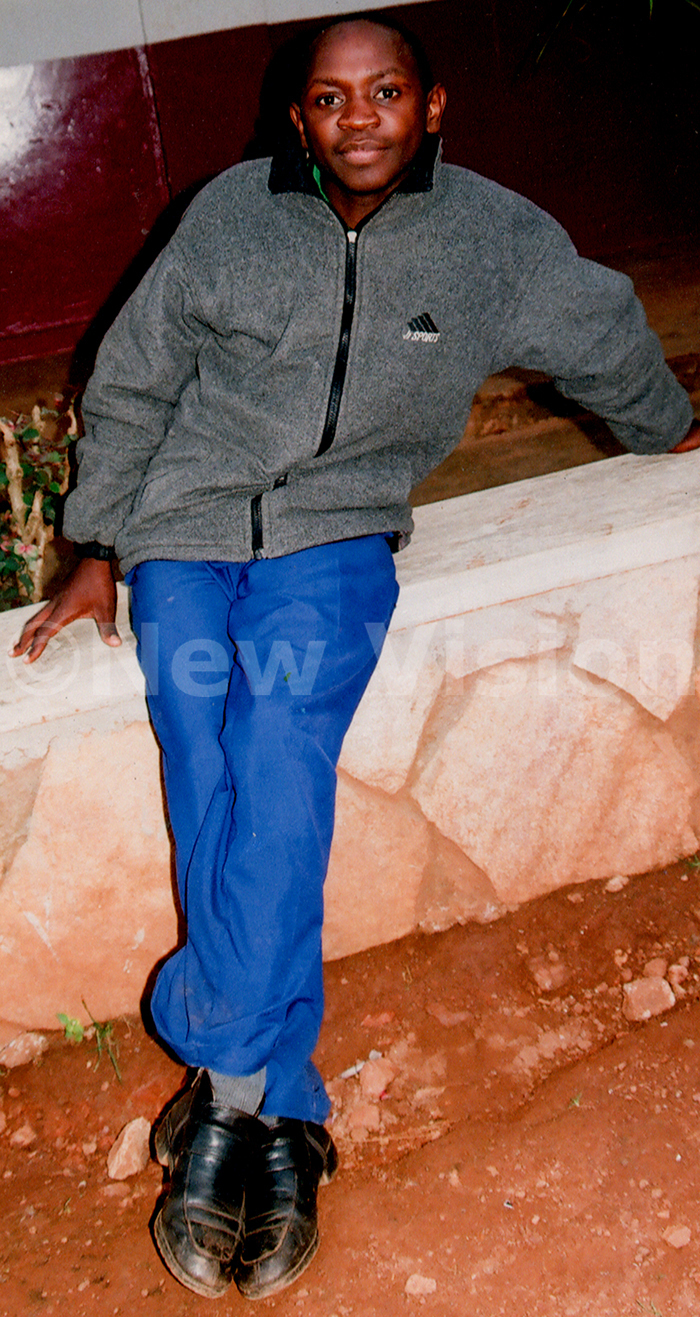 After Ssebbanga was rescued, he was adopted by a charity, African Foundation headed by the Rev. Kefa Ssempangi of Mukono.

2005: An Etesot man of Molo sub-county in Tororo district stunned crowds including President Yoweri Museveni when he ate a rat to demonstrate the community's desire to get a separate district.

2008: Nineteen children aged between eight and nine, died in a night inferno at Buddo Junior School in Wakiso district. The dead pupils, (all girls) occupied Nassolo dormitory, which was previously a classroom. 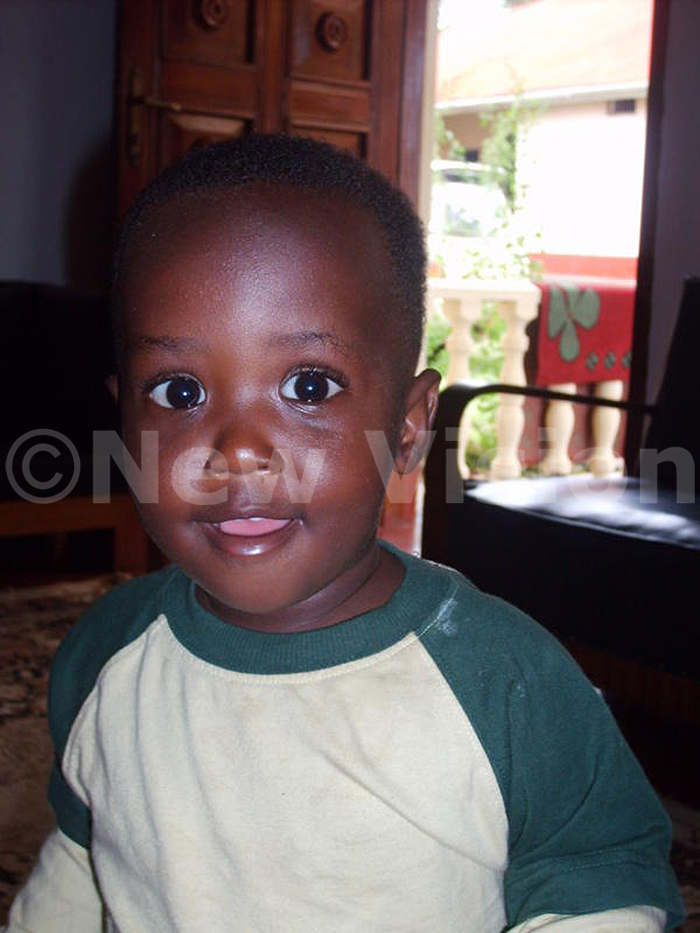 2010: Khan Kakama was one and a half years old when he was kidnapped from Bugolobi, an upscale Kampala suburb. He was missing for three weeks and was later found killed in a swamp in Kamwokya slum. 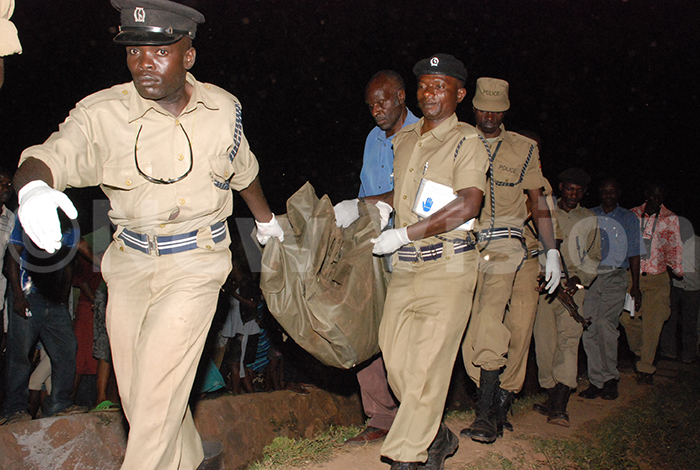 Khan Kakama's body carried by Policemen after it was discovered

The decomposing body of Khan was discovered in Kifumbira Kisenyi II at the border of Kamwokya and Kyebando in Kampala central division. The body, dressed in a blue sports pair of shorts and a cream T-shirt was wrapped in polythene sack and dumped next to a garbage dump, 3km from Kamwokya market.

2010: Landslides flattened villages in Nametsi Parish, burying an estimated 350 residents. The landslide was allegedly triggered off by a heavy downpour from 12pm to 7pm, began in the Mt Elgon National Park and buried three villages including Nametsi, Namakansa and Kubewo. 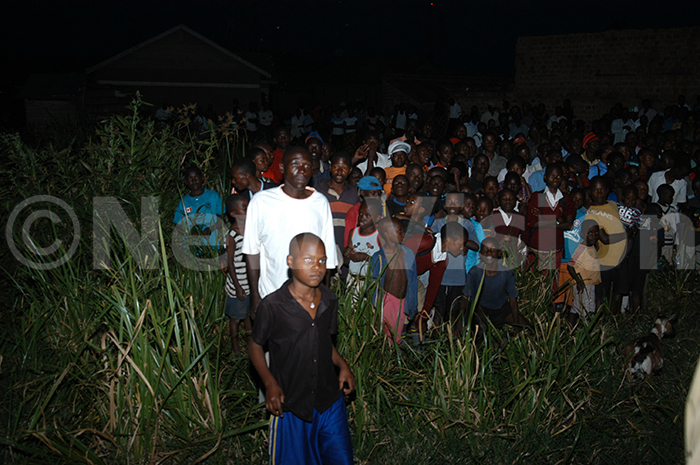 Residents looking at Khan Kakama's body in the bushes

2011: Lightning struck a junior school in western Uganda, killing 18 children and their teacher. Then Police spokeswoman Judith Nabakooba reported that 15 girls and three boys had died at Runyanya Primary School in the Masindi. 36 pupils were admitted in hospital.

2013: 33 people - mainly bodaboda riders were confirmed killed in the fuel tanker fire, which also destroyed about 20 motorcycles at Namungoona on the Northern Bypass. The tragedy unfolded when a station wagon vehicle rammed into the rear of a fuel tanker. The impact damaged the tanker, resulting in a fuel leak.

As the tanker moved on at a snail's pace with more fuel leaking, bodaboda motorcyclists merrily hooted and phoned their colleagues to bring jerry cans and buckets to tap the free fuel. Ever eager to make an extra buck, the cyclists pursued the trailer in anticipation of a fuel bonanza.

Nobody could tell where the fire came from, but witnesses talked of hearing a loud explosion as the tanker, two other cars and a horde of cyclists were engulfed in the blue flames.

2013: Property and infrastructure worth billions of shillings was lost after rivers in Kasese district burst their banks and destroyed roads, houses and bridges in various parts. Areas affected by the floods include Kilembe and Nyakasanga in Kasese municipality where homes, a hospital and schools were submerged. 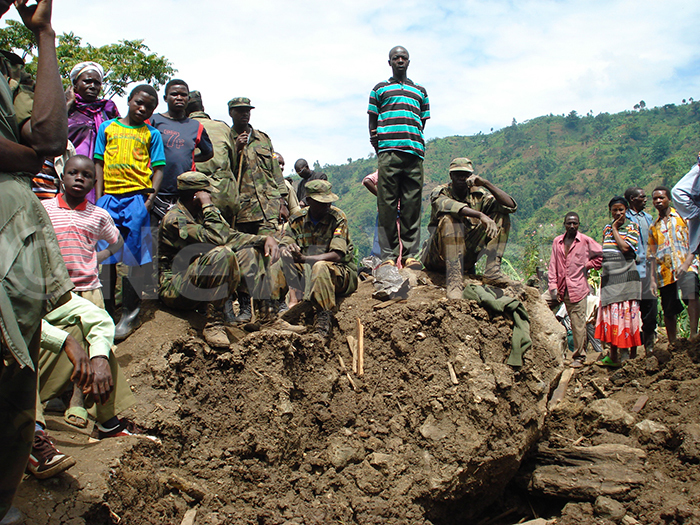 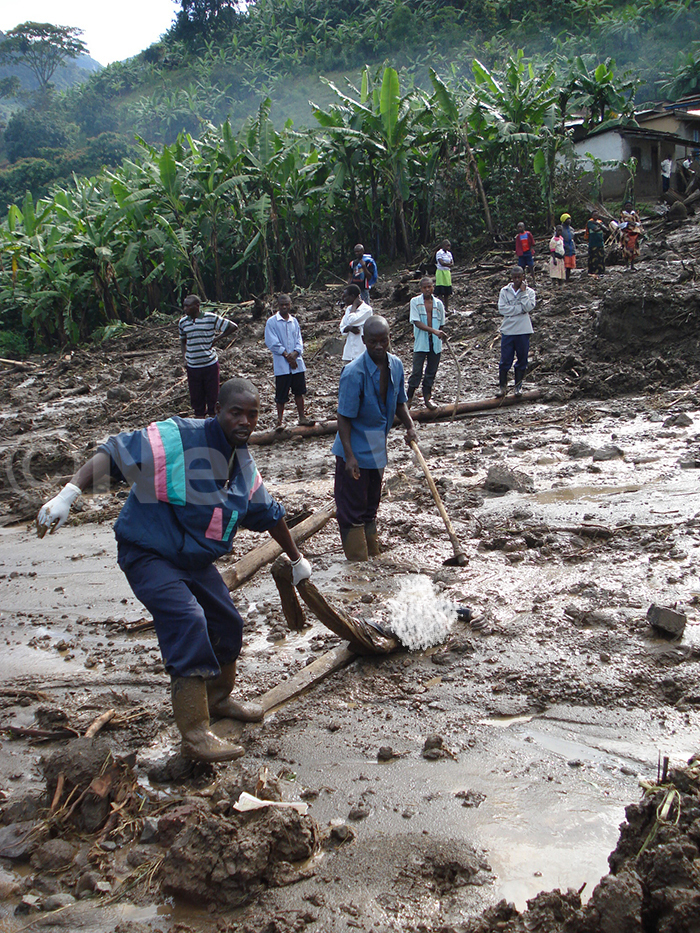 A body is pulled out of the mud in Bududa

Action must be taken against ghost schools - Museveni