If there is anything that has taken over this generation of recent then it must be statement T-shirts.

In the clothing and fashion world, evolution has been relatively fast and this has seen several styles become obsolete and many new ones adopted.

You have probably seen artistes, public figures and several funky youth donning these signature t-shirts. Ranging from catchy phrases from English, Runyankore and other languages to mimicking inefficient public entities to citizen.

We spoke to Edward Musoke Kulabako best known as Kamara The Addict online about his passion for making these t-shirts and how this hustle has changed his life.

The visibly busy millennial seemed to find it hard to make time outside his day's routine but eventually was able to.  We started off with how he ended up into this fast-rising business by the youth as a means to sustain themselves and have extra earning besides their entry-level jobs for some as most are unemployed. 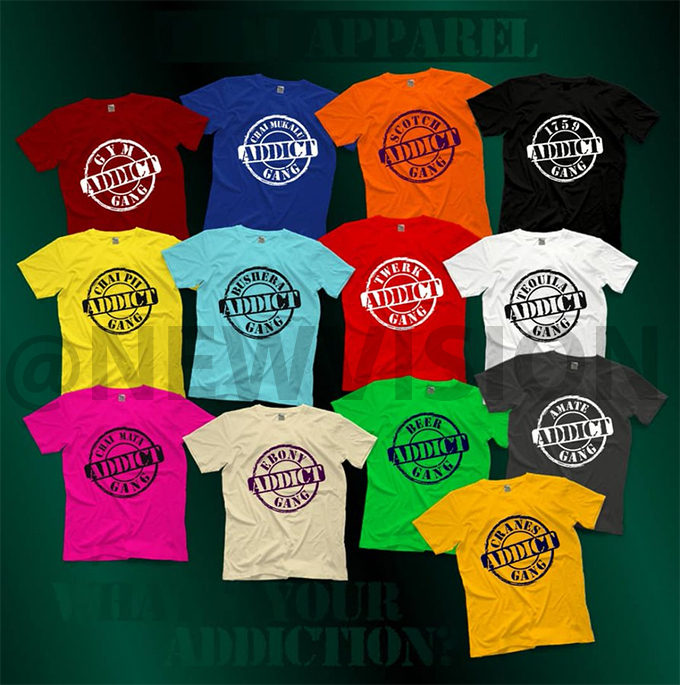 ‘I printed my first jumper (Chai Mukalu Gang) in February and most of my friends started asking for it so that's when I thought about printing more and thus started making for sale in March' he said.

The friends showed him love for his products and he has since never looked back.  Surprisingly, Edward started with around shs120,000 to reproduce for the initial orders.

Unlike many businesses that require ready capital, this one involves the sale of items at a margin so as to realize a more working capital for the next orders.

Edward says he drew motivation from the need to become a storyteller, this dating back to his school days when he had wanted to become a rapper but seemed not to work out.

‘since 2012 I've always wanted to work on something for my people like when you see someone in London wearing a jumper with Chai Mukalu addict, you just know that person is from Uganda creating a sense of belonging' he says.

While at this trade, Edward says his pricing is in line with the industry's competitive pricing so as to keep customers from deviating to the competition. Prices change sometimes depending on demand also fact that sometimes jumpers/ T-shirts are out of stock from his suppliers' inventory. He can get get a jumper at like shs45,000 or shs50,000, customizes it and when everything is done he sells it to a customer at shs70,000.

He receives an average of 25 orders per month and this clearly translates into a good profit margin. He sells the T-Shirts at shs35,000 after customization.   However it is not all joy in the business, he faces several challenges ranging from scarcity of the clothing, poor inventory by his suppliers and a human resource concern.

He plans to address these by registering a company that can fully engage in importing plain jumpers and t-shirts that can later be customized and sold. Besides, Edward wants to widen the product range from t-shirts and jumpers to caps, sweatpants and more with a website set up for the people in the diaspora to order directly for this merchandise.

Zero-hour on climate, but UN talks in another time zone