Khalifah wants Uganda girls to build on CO...
Next Story

Kirabo Namutebi proved she is still a force to reckon with in Zone 3 in the 13-14 years category with another outsatnding display in Kasarani where she picked 9 individual medals from different races. Photos by Michael Nsubuga

Uganda swimmers yet again produced one of their best performances outside Uganda when they finished second in the CANA Zone Swimming Championship held at the Kasarani Aquatic Center in Nairobi on Saturday.

Compared to last year, this was an improved performance for the 28-man team that had the boys this time taking the lead by topping the men's category with 1,421 points ahead of hosts Kenya who finished with 1,143.50.

Uganda sent (10 girls and 18 boys) for the championship that comprises one the four zones under the auspices of the African Swimming Federation (CANA).

The girls finished third overall on 851 points behind Tanzania and Kenya who won the category with 1,180 points.

But Uganda's Kirabo Namutebi once again unstoppable in the 13-14 years category that she led with 174 points ahead of Kenya's Islam Lubaina (140pts) and South Africa's Adams Keesha (131pts). 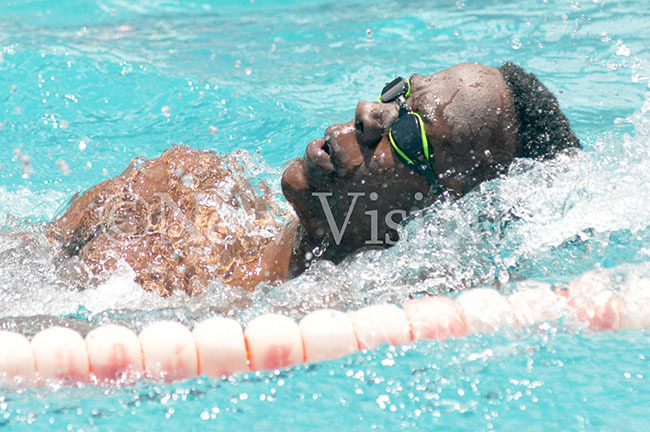 Adnan Kabuye led the boys' team as they topped the men's category with 1,421 points. 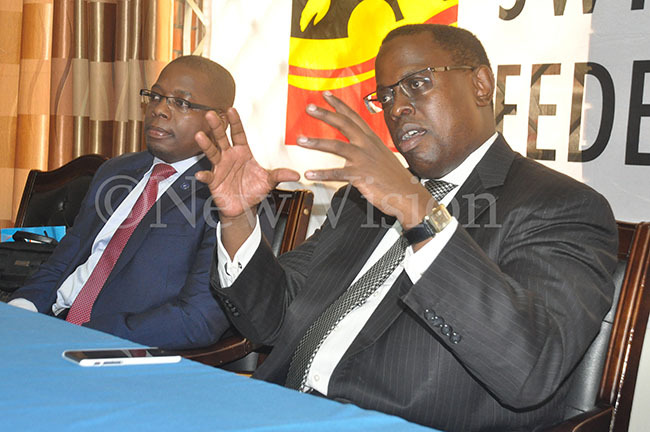