"Let me tell you. We are also sexually active. We produce children but when it comes to HIV/AIDS, sexual education we are excluded.

PWDs national representative Safia Nalule Juuko told parliament calling for inclusion in sex education during plenary during a discussion on the plight of the PWDs a head of the International day for PWDs. (Photo by Maria Wamala)

"Let me tell you. We are also sexually active. We produce children but when it comes to HIV/AIDS, sexual education we are excluded.

PWDs representatives have asked the government to also include them in sex education programmes in the country saying that they are excluded when it comes to sex education.

"Let me tell you. We are also sexually active. We produce children but when it comes to HIV/AIDS, sexual education we are excluded." PWDs national representative Safia Nalule Juuko told parliament adding that they are more vulnerable to sexual abuse.

"In government we have the PWD special grant but the PWD don't know how it is accessed. There is affirmative action and government sponsorship at university. We have 60 positions but we don't know how they select." Asamo said.

She also noted that PWDs still have challenges accessing services. "There are neither aides nor interpreters at polling stations, courts, schools and hospitals. When the PWDs are in conflict with the law, police bundle them up with the rest who end up abusing them."

Koboko district representative Margaret Baba Diri appealed for skilling PWDs, rehabilitation and counseling for newly disabled persons. "We are disabled but not unable. PWDs should also equally benefit from the skilling programs in the country." she said.

"Many new PWDs commit suicide if they are not counselled. Counsel and rehabilitate them so that they can do something after." she said.

She added that government needs to open workshops that do wheelchairs. "Our workshops were closed in Mulago and Kyambogo. A wheelchair is sh600.000 yet most of the PWDs who need them cannot afford them. We depend on NGO donations yet some wheel chairs can even aggravate the disability." she said. 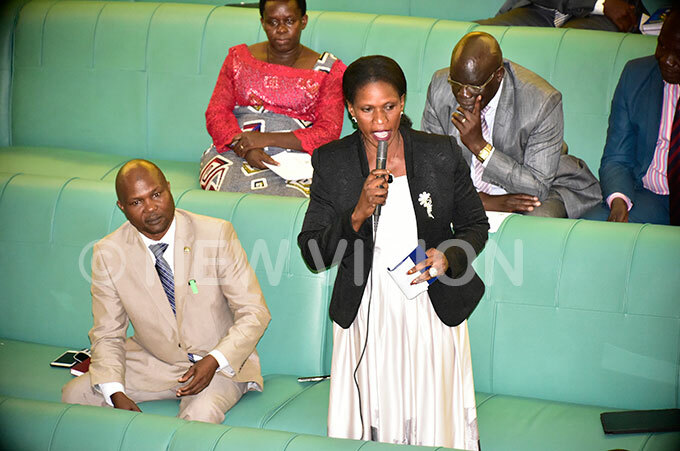 Adjumani district representative Jesca Ababiku said, "disability is permanent. Help PWDS economically to reduce the dependency syndrome otherwise, you increase the country's burden." She also urged government to increase the PWD special grant so that it can benefit well the PWDs.

"Please do not compare PWDs with other special interest groups. Increase our grant because our needs are more than those for women and children yet more expensive." she said.

Legislators were debating the plight of PWDs ahead of the commemoration of the International day for PWDs at parliament last week.

The day is not gazetted. Ababiku said it should be gazetted. "When we go for our celebrations, we speak to ourselves. We want the able-bodied to join our celebrations so that they understand our needs," she said.

Speaker Rebecca Kadaga called on legislators to go join the celebrations, tasked the minister for public service to come back this week and explain why the International Day for PWDs is not in gazetted.

She also noted that the PWDs population is growing citing a Lubu village in Mayuge where she visited and found that all people in that village are blind.