The punches that landed Kiwanuka title
Next Story

Despite a comfortable 4-1 win over arch-rivals SC Villa at Lugogo on Friday, KCCA FC Coach Mike Mutebi was left infuriated by what he termed the continued laziness and complacency of his players, notably defenders John Revita, Sam Kato, midfielder Kezron Kizito and goalkeeper Charles Lukwago.

"Revita and Kato are good defenders but very careless. They are making uncalled for mistakes and if we played against a very well organized side we would have conceded. I know they are young players still learning but am fed up with their continued laziness," Mutebi stated.

But he was happy performance and the result is what KCCA FC is known for citing that being the best team in the country, defending champions they have to always play like that and win with such goal margins.

"We are supposed to play like that since we are the best team in the country and there is no question about that. We are defending champions and that's how champions have to play," he added.

The win helped KCCA move to the second position on 29 points with a goal difference of 13,two more than BUL who is also on the same number of points.

KCCA FC's teenage striker Sam Ssenyonjo who was making his third maiden appearance in the senior team was voted the pilsner man of the match having been involved in three of KCCA's four-goals. 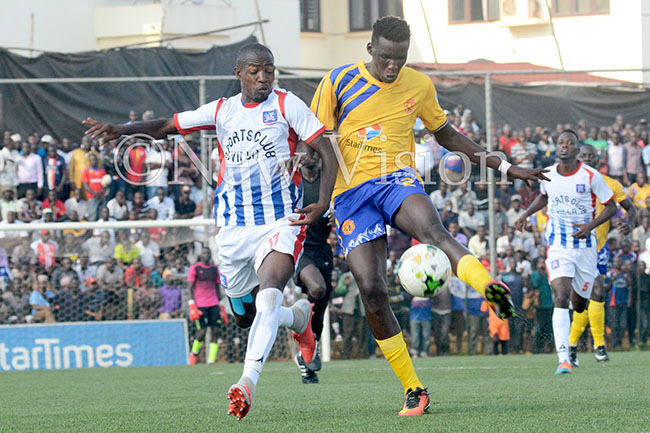 KCCA who still has one game in hand against Proline to finish the first round is seven points, behind leaders Vipers. Vipers stretched the lead after they were awarded three points by FUFA Disciplinary Panel that found Maroons FC guilty of fielding an ineligible player Hannington Sebwalunnyo against the Venoms when the two sides met.

Villa who had their 14-match unbeaten run come to end attributed Friday's loss to their unfamiliarity with the artificial turf.

"The fact that my boys are not used to playing on such a surface cost us a lot. Our ball movement was not good which was an advantage to the home side. The individual errors by some players also affected us," noted SC Villa coach Edward Kaziba.

Mother burnt alive by her children over land