President calls for Unity among African C...
Next Story

“Do not assign your-self the duty of judges to weigh up the evidence and make a conclusion before court reaches its decision,” Owiny-Dollo advised.

“Do not assign your-self the duty of judges to weigh up the evidence and make a conclusion before court reaches its decision,” Owiny-Dollo advised.

Deputy Chief Justice Alfonse Owiny-Dollo has warned journalists covering cases before court to avoid being judgmental in their reports.

Owiny-Dollo noted that some journalists have a tendency of allotting the role of judicial officers in their reports which he says is not only contrary to the sub-judice rule but also prejudice the court proceedings.

"Do not assign your-self the duty of judges to weigh up the evidence and make a conclusion before court reaches its decision," Owiny-Dollo said.

The sub-judice rule bars detailed public discussion of a case before courts of law.

Citing his decision to move the Constitutional court siting to Mbale in the famous age limit case, Owiny-Dollo noted that some journalists speculated on the decision and become judgmental on the likely outcome before the matter was heard. 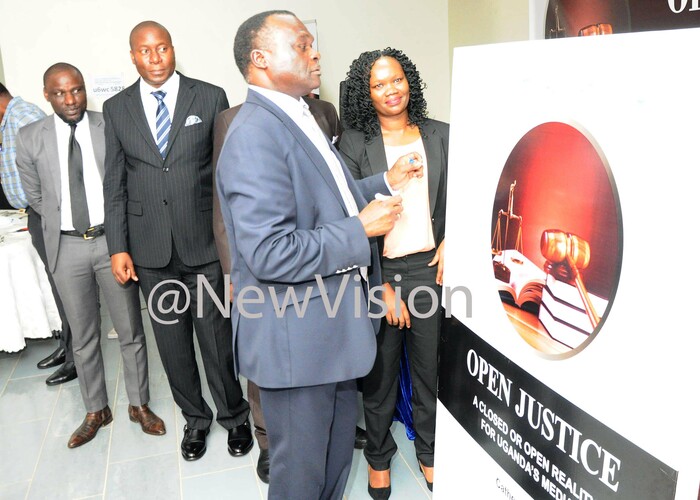 Owiny-Dollo also the head of the second top court on the land made the remarks at the launch of a book titled ‘open justice, a closed or open reality for Uganda's media' on Tuesday at Hotel Africana.

The 66-page book authored by Freedom of Expression (

, gives an insight on media coverage of the judicial process in the country.

FOE HUB is a non-government organisation focused on promotion of freedom of expression in the country.

"I think going forward not everyone should report on the court process and if one chooses to report on court process, he /she must understand the legal process," Owiny-Dollo said.

Owiny-Dollo also backed the proposal by high court judge Duncan Gaswaga of coming up with rules and regulations for journalists covering court proceedings.

"There is no process in the world that is not bound by regulations because even God gave us the Ten Commandments. I think the question should only rotate around whether the drafted rules promote the success of the court process because courts of law are not political rallies," Owiny-Dollo said.

"I think it is not right to conduct court business in chambers unless there is justifiable reasons," said Owiny-Dollo.

Prior, Gaswaga suggested that judiciary comes up with rules and regulations governing journalists reporting on court process for better results.

"We need guidelines for journalists who cover the court process whereby sanctions can be imposed on breach. We need balanced reporting based on facts. However, sometimes journalists come to court with interest in a given person and once a judge senses that such conduct would disrupt fair trial, he has to kick the media out of the trial," Gaswaga noted.

Human rights lawyer, Nicholas Opio said the guidelines on journalists should cater for all the parties involved in the judicial sector.

"We should not be viewed as un-invited guests in the court proceedings because we are the eyes and ears of the public," Wesaka said.

Catherine Anite, the executive director of FOE-HUB said media coverage including broad cast of court process will help to build public trust and confidence in the judiciary, noting that the public will be able to debate and criticise from an informed point of view. 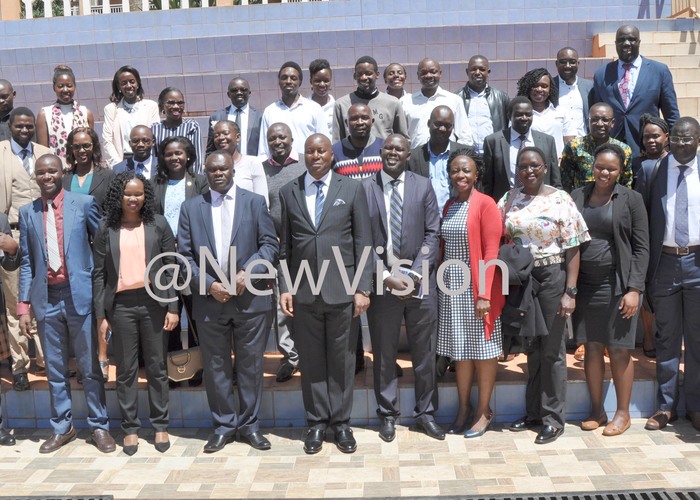 "Regular broadcast will enhance the public's understanding of the court process and it is imperative for the judicial officers to allow journalists access to all matters unless there is need for witness protection," Anite said.

Uganda Law Society boss, Simon Peter Kinobe implored journalists to respect the sub-judice rule if they are to create an impact in the delivery of justice.

"Some journalists tend to judge people especially  suspects as wrong elements even before the court process kicks off which some time leads to a miscarriage of justice," said Kinobe.

Nakaayi's journey to the top

No room for error as Nakaayi eyes golden double in Monaco