Suspected of defiling his pupil, Mbahairwe...
Next Story

Man who taught Museveni how to drive seeks support

“I took him through the basic driving skills and I must confess he is such a fast learner. When we reached the Mbarara roundabout, instead of going around, Museveni went through because he could not negotiate it.”

“I took him through the basic driving skills and I must confess he is such a fast learner. When we reached the Mbarara roundabout, instead of going around, Museveni went through because he could not negotiate it.”

The family of George Walwanyi, the man credited with saving President Yoweri Museveni's life in 1972 after the failed Simba Battalion barracks attack are appealing for help after he was admitted in Kirudu Hospital in a terrible condition.

His son Joshua Wakholi told Saturday Vision that efforts by the family to try and reach out to several government officials to come to their rescue bore no fruits.

"We have tried to move to every relevant government office for help including getting to state house but nobody has paid attention to us yet the President informed my father to always use government officers to get to him," Wakholi said.

Walwanyi is the brother to the late former public service and cabinet affairs minister George Wakholi. And he fled into exile in early 1970 after he was briefly arrested and tortured by soldiers who were looking for his brother Wakholi.

In an earlier interview with the New Vision, Walwanyi says that in Tanzania he was among the Ugandan's who were trained by Tanzanian army officials in preparation for an attack on Uganda.

On September 17, 1972, Ugandan exiles based in Tanzania attempted to overthrow the government of Idi Amin Dada.

At Bukoba, Walwanyi met his brother Wakholi. "When I arrived, Brig. Oyite Ojok asked to see me. I was so scared and thought I had done something wrong. He then directed me to where my brother was and I met him for the first time in over a year. He was dressed in a jacket and carried a gun.

My brother then told me I had been promoted to sergeant and I was going to attack the Simba battalion in Mbarara and wished me the best. He told me we would meet in Kampala and that he was going to be in another group that would travel via Mutukula to Masaka." 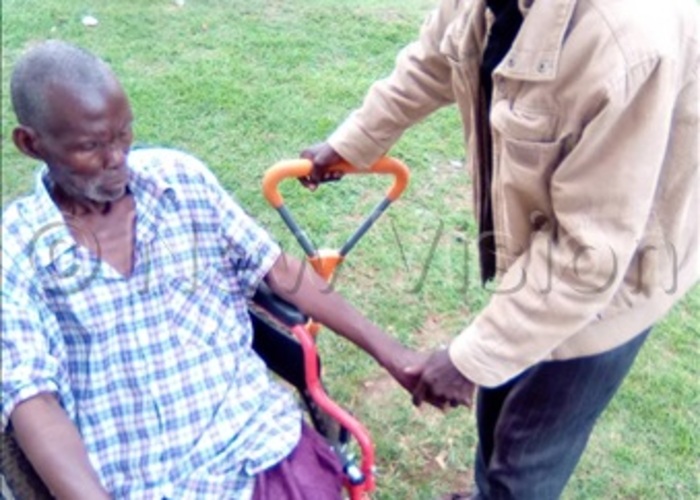 The group that left for Mbarara comprised 200 people and was told that they were going to meet another group of 40 headed by Museveni along the way.

"We were taken to the armory and given guns. Those who went via Mutukula were 800 and were under the leadership of Tito Okello Lutwa and Ojok, while we were under the command of Captain Oyille, Okumu, Okot and Museveni."

Their entry was smooth and they overran the resistance. "We then broke into groups, but the soldiers at the barracks put up a spirited fight. Within a few hours, most of the commanders had been captured and killed. We had no communication and could not know what was happening. It was then that we heard an announcement that all our commanders had been arrested and some killed."

Walwanyi says he witnessed some of his close friends killed in action. "We had taken cover in the banana plantations around Simba Battalion barracks and I saw my comrade Kutosi shot dead, while another fighter Peter Natoli who attempted to rescue Kutosi, was also hit in a fierce gun battle," Walwanyi recalls.

Panic set in and Museveni quickly moved in to fill the gap. By the time he took over, the group of 240 men had been reduced to 70. Most had been killed and others captured.

It was impossible to overrun the barracks at this time and no reinforcements were coming in, so Museveni made a decision to withdraw to avoid losing more men.

The trucks had been parked at a nearby hill and the group was asked to retreat. "By this time, most of the drivers we had come with had been killed. So Museveni asked who knows how to drive.

I raised my hand because I was an experienced driver. Someone else volunteered, but he only knew how to drive in one gear. Museveni also said he did not know how to drive, but had sat with drivers and had theoretical knowledge. He said if somebody reversed the car and put it for him on the road, he could drive in one gear.

"There were nine lorries. I went to reverse the first lorry and it couldn't brake because it had no brake fluid, so I crashed it in the valley. I went to the second truck and successfully steered it as Museveni organized and calmed the fighters.

"After the three vehicles were arranged, Museveni insisted that I lead, but I told him since he did not know how to drive, he leads and then the two of us follow him. My reasoning was that if he drove behind me he would easily knock me and in case he crashed we did not have communication and it would be impossible to save him. 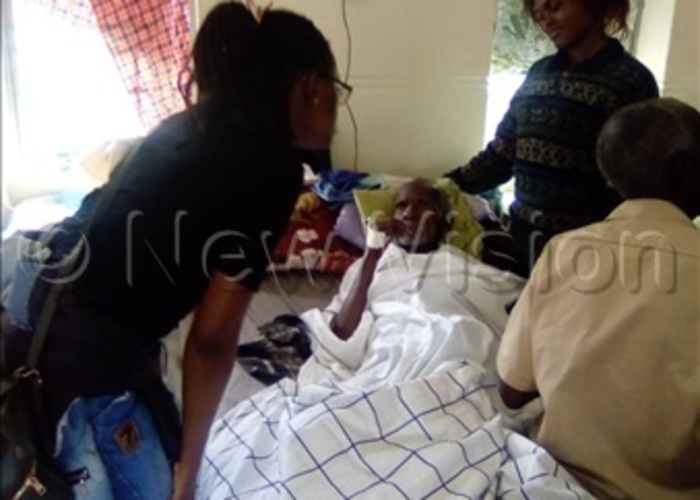 "I took him through the basic driving skills and I must confess he is such a fast learner. But then most of the combatants were scared to drive in the other two Lorries because the drivers were learners. When we reached the Mbarara roundabout, instead of going around, Museveni went through because he could not negotiate it."

And as they went to refuel, Museveni crashed into the petrol station. "At the station he wanted us to go back and burn the remaining trucks, but we were scared to go back and since we had survived, what we wanted was to get as far away as we could.

At the station, I drove the lorry back to the road and he started it himself. We drove 34km out of the 64km and he got tired. We were driving at a distance but could not see him ahead. It was a slope and it seems he had slept on the steering, lost control of the truck and swerved off the road.

"When I asked him what had happened, he told me driving had fatigued him. I got the truck back on the road and we reached Mutukula without any major incident," Walwanyi says. On arrival, the group was disarmed and immediately taken to a camp.

"I learnt about the fate of my brother and the others through Radio Uganda." Wakholi was allegedly captured and eventually succumbed to his injuries and up to now, the search for his remains continues.

Soon after, a fall out among the leaders resulted in the formation of new groups. "I joined Museveni's group at my rank of sergeant and was taken to a camp in Nakingwea, bordering Mozambique. I was later deployed in Kisumu and coordinated activities around Lake Victoria."

But Amin's dreaded State Research Bureau started rounding up rebel sympathizers and some of those who had trained with them at Nakingwea were killed. Others opted to go to exile and Walwanyi decided to look for another job.

"I left Kisumu and later went to Dar-es-Salaam where I got a job as a driver. I later quit and got another job. But still kept in touch with my friends in the struggle."

COMING BACK TO UGANDA
When Amin attacked Kagera, Nyerere quickly rallied the dissident groups. "I also abandoned my job and joined the liberation war. I came on the sidelines of the Tanzanian army.

After the war, I was told to go to Russia, but I refused because I had no shelter and my wife had been taken by another man. I was arrested and detained for 14 days. I still refused and was put in for another seven days. But I was saved by Ikuya (Magode) who went and briefed Obote about my predicament."

Later those who never wanted to remain in the army were asked to choose what they wanted. "I applied to be made a Ssaza chief. But Obote refused, saying I was too senior for that position. He advised me to stay in the army. Those who were dealing with war allowances minded about their own people. We who did not have people in that office were given very little money to start us off."

MEETING MUSEVENI AGAIN
"Museveni was the Minister of Defence at the time and we met one day in Kampala. He was so happy when he saw me. He gave me some money. We decided to quit the army and do private business.

Four of us joined hands and formed Wanale Quick Transporters. We did not have sufficient money to start off big, but we were lucky we had friends who were well-placed. Magode Ikuya was Minister of Rehabilitation and we had another friend, Moses Apiliga, who was Minister of Supply.

With such friends, all they needed were chits to introduce them to key places for subsidies and foods.

"If you had a chit from a minister, you could go to NYTIL and you are given bundles of textiles. I was given 21 rolls and I sold them and got sh240, 000 and used that money to buy a new Datsun pick-up at Uganda Motors to start off.

"I was given a chance to go to Nile Breweries and pick some crates of beer and sell them. I also went to Foods and Beverages and was given sacks of sugar."

After selling this, the four collected the money and bought the first bus and a lorry.

CHANGE OF EVENTS
But following the defeat of the Tito Okello junta in January 1986, the groups which had now established themselves lost everything. "The soldiers who were fleeing grabbed all our vehicles and properties and fled with them as they were retreating.

"Life has been so difficult for me ever since that time. I wish I can get another opportunity to meet my friend Museveni and share it with him," he says. He now lives a simple peasantry life in Lwangoli village Busoba sub-county in Mbale district and still hopes that one day, he will be rewarded for his participation in the liberation struggles of Uganda.

"Currently I am living a miserable life. My old house carved in and it was my son who built for me this small one. I have been trying to meet the President, but I have failed," he says.