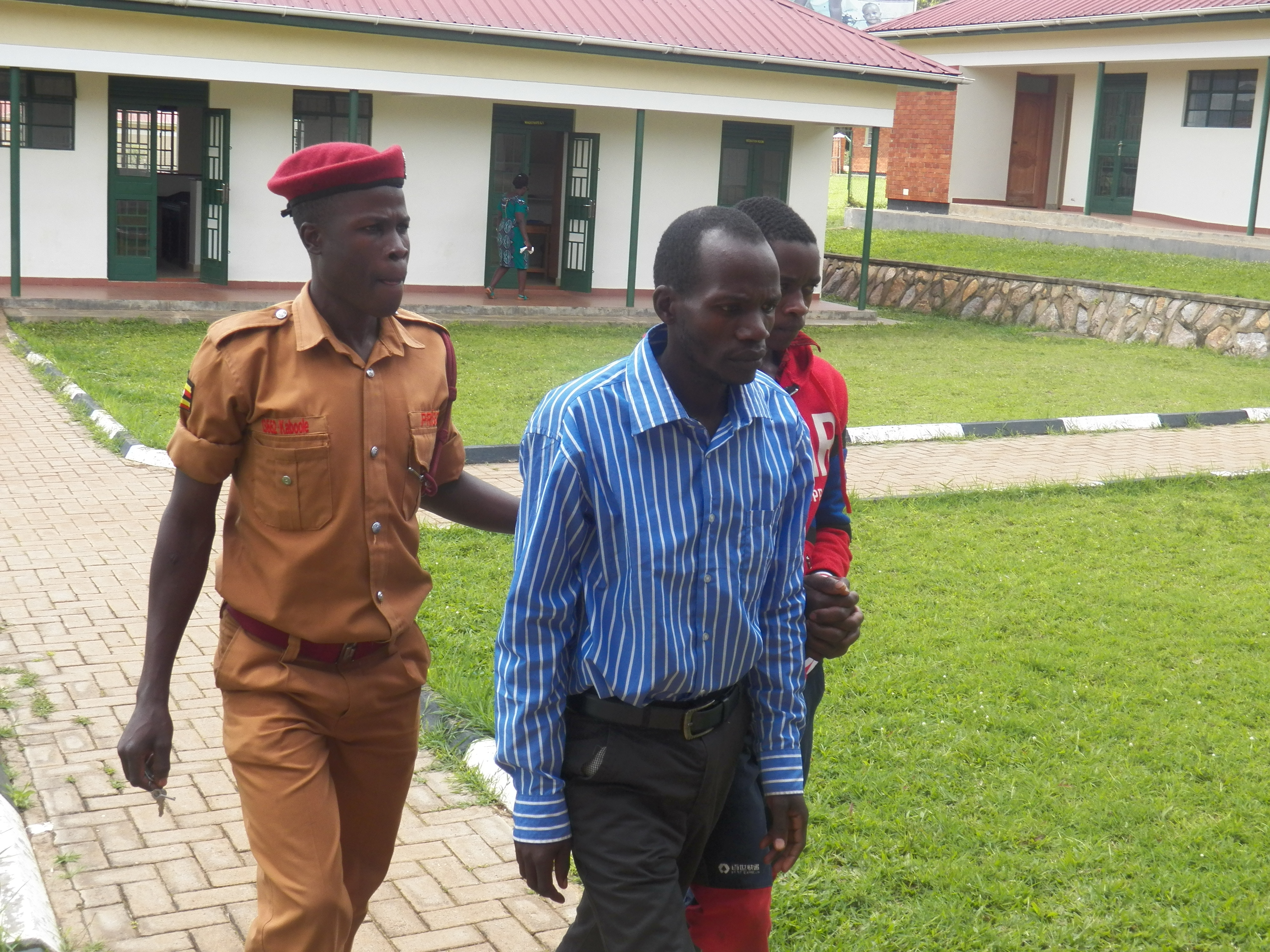 Preliminary investigations revealed that Mbahairwe committed the offence on November 15, 2019, in Kibagarwa 3 cell in Bisheshe.
TOP National STORY
Thu Nov 28 2019 .
Suspected of defiling his pupil, Mbahairwe has been jailed

Preliminary investigations revealed that Mbahairwe committed the offence on November 15, 2019, in Kibagarwa 3 cell in Bisheshe.

Mbahirwe Godfrey being escorted from court shortly after he was remanded for aggravated defilement. Photo by Lawrence Mucunguzi

A 35-year-old teacher at a Kyanyabigando Primary school in the Bugarama ward of Bisheshe Division in the Ibanda Municipality has been remanded to Nyabihikye government prison, following his arrest and arraignment for alleged defilement of his pupil.

Geoffrey Mbahairwe reportedly defiled his 14-year-old Primary Four pupil. The father of the victim reported the incident to the Police at Ibanda Police station and the teacher was arrested.

Preliminary investigations revealed that Mbahairwe committed the offence on November 15, 2019, in Kibagarwa 3 cell in Bisheshe.

Yeteise said the charges on Mbahairwe tantamount from simple to aggravated defilement since a teacher is a person with authority over the pupil with the cardinal responsibility of protecting her.

His pleas were not registered given that defilement is a capital offence which may earn the offender a death sentence and so he was sent on remand by the magistrate until December 12.