What is remarkable about Tshaka’s story is not that he has been beaten down to as far as one can get, but that he has taken it with grace and fortitude that some saints would be proud of.

What is remarkable about Tshaka’s story is not that he has been beaten down to as far as one can get, but that he has taken it with grace and fortitude that some saints would be proud of.

Tshaka Mayanja, of the countless known and unknown noms de guerre, is a very good example of how Uganda's unforgiving entertainment industry can grind one down to the very limits of hell.

But he is also a very good example of how a determined and principled person can not only survive all that the vagaries of the music industry, but come up shining and able to celebrate a life that has been full.

What is remarkable about Tshaka's story is not that he has been beaten down to as far as one can get, but that he has taken it with grace and fortitude that some saints would be proud of.

I first saw the then Winston Mayanja in 1994, at a reggae show at the then Little Flowers. I was just starting out my career as a photojournalist and looked for all opportunities to both take pictures and write about what I saw. I've loved reggae from an early age, and when I heard there was a reggae concert, I quickly volunteered to cover it. 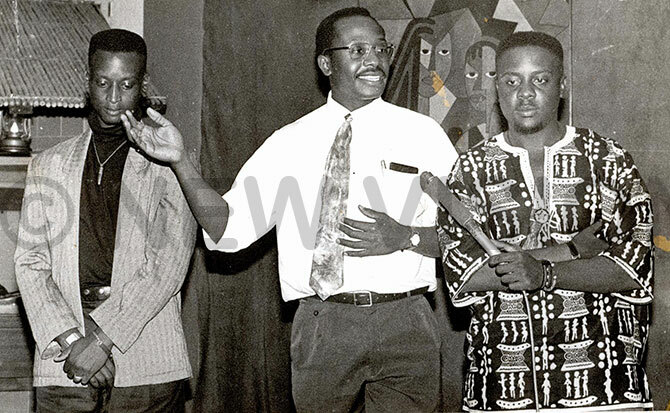 I had no camera because the one I had been using to explore my photo abilities had been taken back by the owner, my late friend Steven Kafuko. So Jimmy Adriko, who I found at the New Vision and would become a lifelong friend, took the pictures.

I was barely a year as a cub reporter on entertainment, but I had already realised that many Ugandan musicians did not take their art or themselves very seriously. And in fact, the opening acts (lost to the mists of memory), were indeed a lackluster act. What kind of reggae was this? 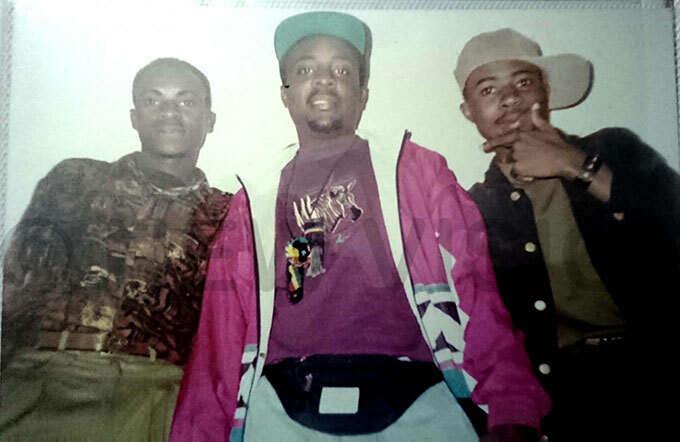 My famously impatient self was ready to just leave when the Blood Brothers came on stage. I didn't know who they were, but my friend Sam ‘SMD' Mugoya was playing drums, so I knew there was something here. Then Mayanja came on stage, and like a commanding general completely took it over.

But about a year later I was not too impressed with what he was doing and wrote a not too flattering article about him. I have no idea how he took it, but I heard that he went on a kind of a music sabbatical. While others would have probably turned to hurling insults at me, and loudly accused the media of wanting to destroy them (you hear this kind of thing almost every day), Mayanja just re-invented himself. 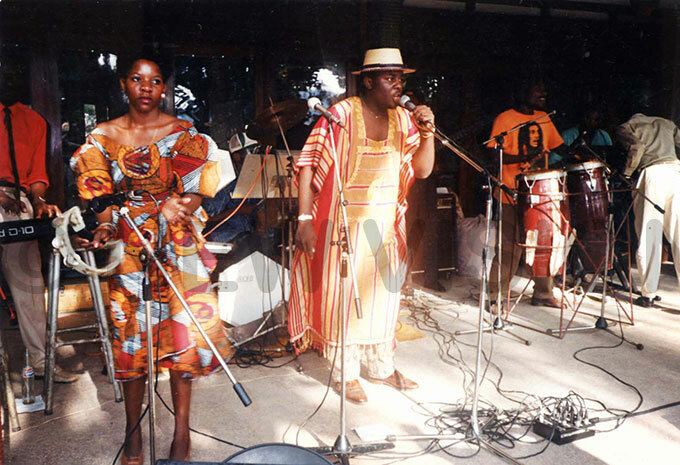 After Andrew Rugasira brought in Lucky Dube in 1996 and changed our world of entertainment forever, Mayanja joined the promotion business. That same year he brought in Chaka Demus and Pliers for a very successful show. By then, he was fully into reggae and had grown his dreadlocks.

He would later bring in reggae musicians like Third World, Shaggy, Buju Banton, and Shaba Ranks. Chaka Demus and Pliers would return two more times, and the third put Mayanja in all sorts of problems. Although his dreads had grown and he was seen to be a Rastaman, he was not street smart and trusted too much in the goodness of people.

His ‘business partners' took advantage of this, and Mayanja would spend time in civil prison as a result. But he did not let even that break him, and he came back stronger. In 2008 he organised the very first Jazz safari, at the Ange Noir parking lot with Eric Marienthal and Oscar Seaton. 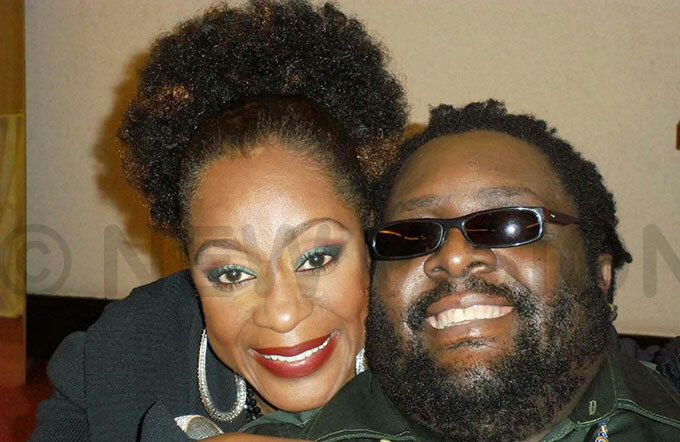 Mayanja with Regina Belle in 2012

That was soon to grow into the biggest single entertainment event in the country and gave Ugandans the chance to watch international artists live on stage. From jazz greats like Jonathan Butler, Gerald Alright and Hugh Masekela to famous soul singers Herbert Hewitt, Joe, Regina Belle, and Karyn White, the Jazz safari was the highlight of the year for a long time.

Although he would declare an end to the Jazz safari after more than 10 years, Mayanja has one more gig to do. And this week he will celebrate 30 years of being in the music industry with what he has always done best - with a concert. This time Soul Songstress Mya will be the headline act. 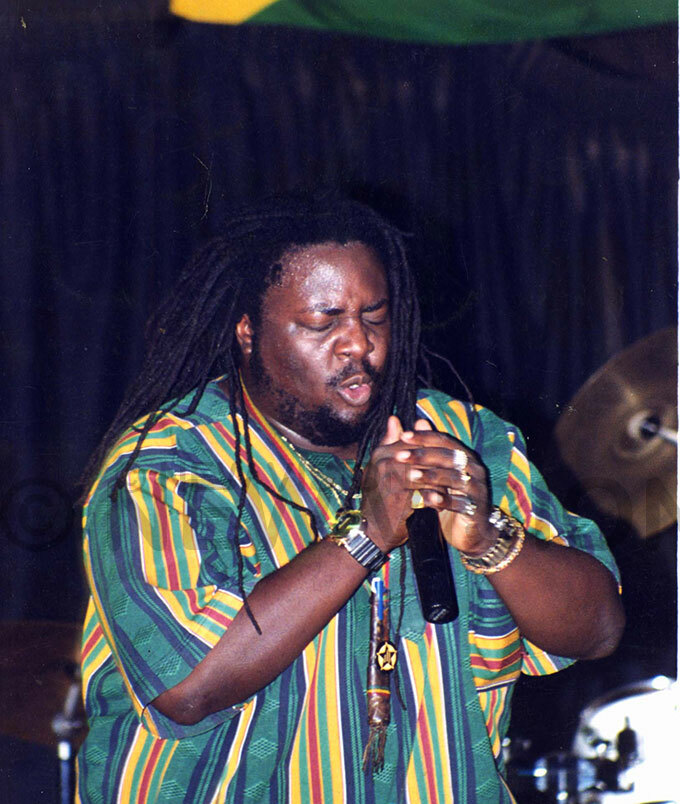 In the midst of all that he also took to producing jazz albums, and released collaborations with the likes of Angela Kalule and Pragmo N'Saiga.

Of recent, he has been sharing bits of his history on Facebook, and we can't wait for the inevitable book that will eventually come out. You have indeed come a long way, Tshaka Ham Winston Shakarama Mayanja. 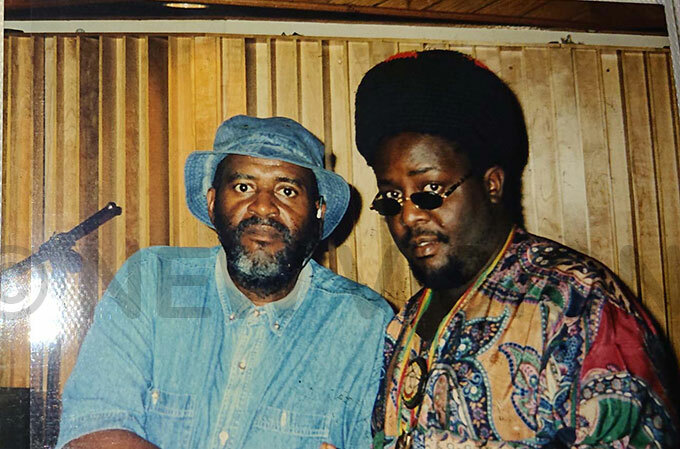 Mayanja with With Dean Fraser in Mixing Lab, Kingston