Namibia votes in polls set to test ruling ...
Next Story

Buganda Road Court Grade One Senior Magistrate, Stella Amabilis, arriving at Central Police Station in Kampala to verify the crime scene where Ingrid Turinawe is alleged to have insulted a police officer (Photos by Douglas Mubiru)

Buganda Road Court Grade One Senior Magistrate, Stella Amabilis, has visited the Central Police Station (CPS) in Kampala, the scene of crime were Ingrid Turinawe is alleged to have assaulted a police officer.

The Magistrates' visit to CPS was an entreaty made by the senior state attorney, Timothy Amerit for court to visually observe what his witness was testifying.

"Your honor, it's our humble prayer that you are pleased, the witness takes us to the crime scene and we exactly see how the accused accessed it to an extent of insulting officers," Amerit requested.

The defense notaries, Erias Lukwago and Isaac Ssemakadde did not object to the state's request prompting the court to visit the crime scene. 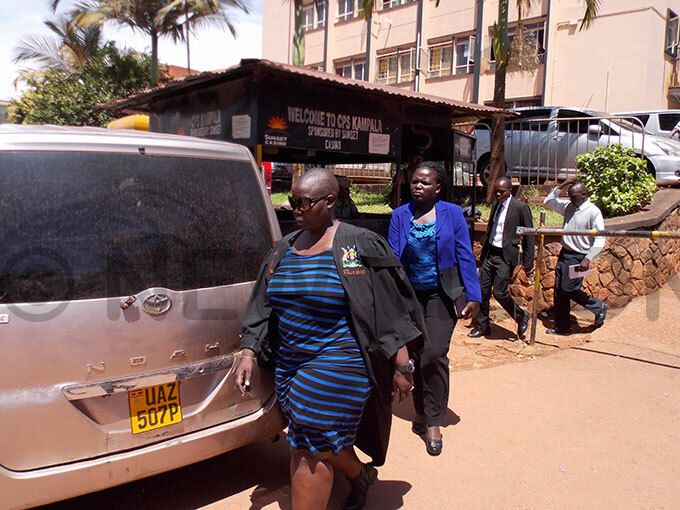 While there, Turinawe's counsels tasked Alunyu to explain how the accused wetted the CPS reception as he alleged in his statement yet she had a single bottle of water.

"She poured water onto my face and chest, so I moved back and I could not come closer.

She then picked the second bottle at that the moment and began sprinkling water to whoever was there while shouting on top of her voice," Alunyu said.

He added that he was unable to see for about twenty minutes but on going to a police clinic, he was told that he was ok.

"Pouring on me water that I wasn't ready for was an insult plus watering the reception area, this is why police ladies were ordered to arrest Turinawe," he added.

The magistrate, lawyers, the accused and the witness also visited the prison Cells were Turinawe claimed she was detained with men.

Journalists were barred from entering the cells.

After visiting the crime scene, the magistrate adjourned the case to December 2, 2019 for further hearing.

Turinawe, who is on bail was arrested on August 4, this year over assaulting a police officer as she had gone to CPS to visit the FDC party members, who had been detained for allegedly attacking and insulting a magistrate during Dr. Stella Nyanzi's 18 months sentence at Buganda Road Court. 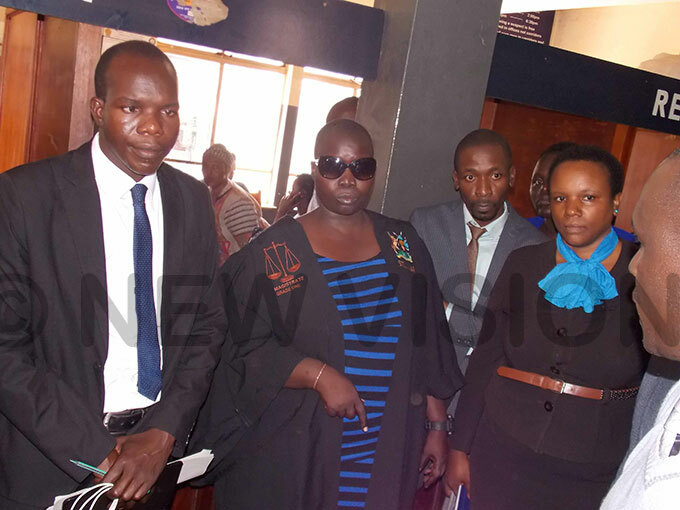 The law states that any person who commits the misdemeanor termed a common nuisance is liable to imprisonment for one year.

For assault, the law states that anyone convicted for occasioning actual bodily harm is liable to imprisonment for five years.

Prosecution alleges that on August 4, 2019, at CPS, Kampala in the central division, Turinawe did an act that caused annoyance or inconvenienced the public in the exercise of her leading to the conclusion that she was a common nuisance.

FUFA elections in the pipeline

FUFA elections in the pipeline