Two-day down pour leaves one dead in Mbale

The institutions that include Livingston University, Grace Secondary School, Parents Secondary School, Busamaga Bridge, and Kumi road bridges were submerged by water and people on foot could not access either side.

According to an eye witness, an identified boda-Boda man who was carrying a woman was flushed by the heavy speed water storms as he tried to cross flooded Nabuyonga Bridge and by press time only the motorcycle had been recovered.

Another eye witness also said a six-month baby was also flushed by floods that submerged the house where the baby was sleeping in Busamaga suburbs of Mbale municipality on Friday night but the body was recovered the next morning. It is reported that the body was found in a forest in the outskirts of town.

The heavy rains pounded the region for over nine hours none stop hence causing flooding in most of the suburbs of Mbale municipality and this made most of the residents fail to access their home. 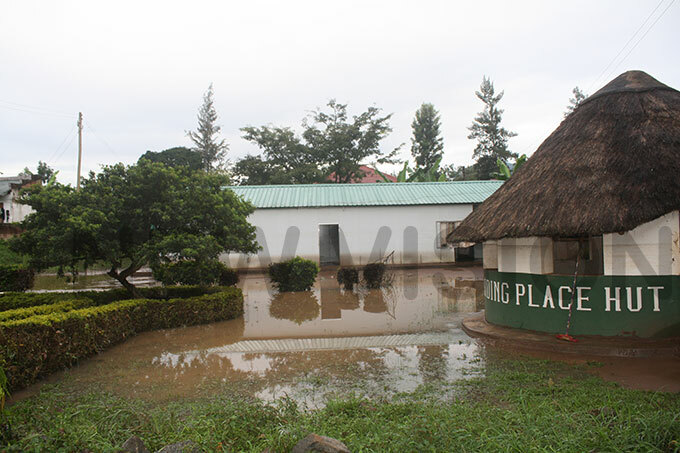 He said the two areas have no major alternative routes and that some residents were forced to sleep in town while others risked and crossed to go and check on their homes in fear of being robbed.

Earlier, motorists had been advised to wait until the volume of water reduced but they did not listen and ended up becoming victims of the floods.

"Those of you coming from Kumi Road to Mbale town and from Mbale town to Kumi were told to use Namakwekwe through Busamaga to High court on Republic Street, as the road was affected temporarily," he said.

Water has cut the whole of Northern division. Small cars could not get access. We advise the people with small cars to pass other roads connecting to the town Centre," he said.

The traffic jam stretched from Nabuyonga River to Pallisa road traffic lights and beyond. Motorists created various lanes on different parts of the road in a bid to get ahead but have instead made the jam worse.

Sam Wambuya one of the event managers who had organised a function at Hotel 100 in Mbale said he made losses as people feared to turn up for the event.

John Wepukuru, a resident of Kampala Road that we got scooping water from his house said that it was his first time experiencing floods, adding that all his beddings and other documents got soaked in water.

Sarah Namono resident of Namatala said that the bridge that connects Mbale town to Namasaba Sub County was cut off hence making transport a nightmare for the residents, adding that electricity too was cut off.

She said roads in the outskirts of Mbale town without tarmac became adding that transportation of harvests from villages to town was affected because tracks got stuck along the way.

"We last experienced this type of rains in 1997 where all the rivers surrounding Mbale got submerged and people died. We are worried that in case it continues more people will be killed and displaced hence causing an outbreak of water-related diseases," Namono said. 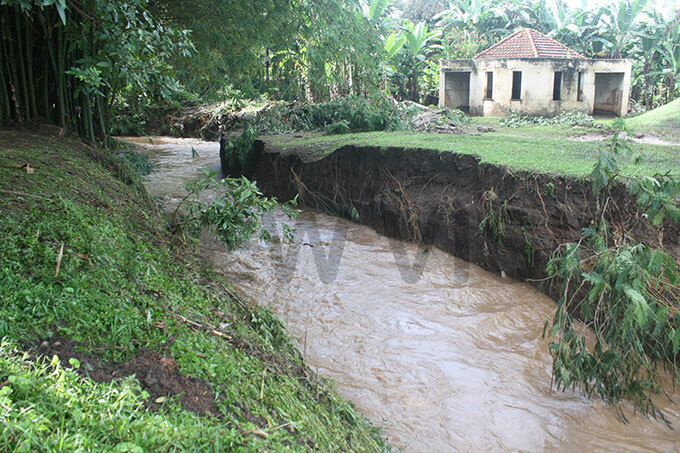 Mbale woman Member of Parliament Connie Nakayenze Galiwango rushed to some of the families that were affected by the heavy downpour in Busamaga and extended support to those that were injured to access health facilities and treatment.

"I have come here to access the magnitude of damage and join you in this trying moment and I am going to make my report to the office of the prime minister and other concerned offices so that we can forge way out," Nakayenze said.

"My people have been killed by floods and their property has been destroyed. They have also lost their animals. Poverty and famine is now looming," Nakayenze said

By the time we filed this story the downpour was still on, this has made residents remain fearful of being trapped by the floods.