Zeddy Maruru, the man who saved the 1985 coup d'état

This angered the Acholi that when Tito Okello and Bazilio Olara Okello overthrew Obote, Maruru got his next promotion,

This angered the Acholi that when Tito Okello and Bazilio Olara Okello overthrew Obote, Maruru got his next promotion,

When the mainly Acholi soldiers of the Uganda National Liberation Front (UNLA) captured power from Milton Obote in July 1985, they were not sure how to handle the situation. Although an initial announcement of the coup had been made by Brig. Walter Ochora, the coup leaders had left a lot of room for a counter coup, until they talked to Maj. Gen. Zeddy Maruru.

"I had been around for a while and that in all coups the first logical thing to be done is to suspend the Constitution, then I told them that since Parliament was still working, we needed to dissolve it and dismiss the whole cabinet. "I told them to close the airport and to stop all foreign exchange transactions in the central bank," Maruru said in a media interview.

It was also in the same breath that Parliament was suspended, the airport and borders were closed, thanks to the hindsight of the general. For his good advice, Zeddy Maruru was promoted to the rank of major general in the regime of Tito Okello between 1985 to mid- 1986 and he became the Chief of Staff of the short-lived regime.

Maruru joined Ntare School in the mid-1950s and went on to complete his Cambridge School Certificate in 1959. He was a brilliant student, especially at mathematics and many science-related subjects. After his Cambridge School Certificate, Maruru was one of the first students to join the Uganda Technical College, Kyambogo for a civil engineering course.

He later joined Nairobi University to study other engineering courses. In 1965 Maruru was among the first Ugandans recruited into the Uganda Air Force as a pilot cadet and sent to Czechoslovakia for training. While in Czechoslovakia, he was one of the best cadets to qualify in flying the EL-29 jet fighter plane in 1967.

When Maruru returned to Uganda he was commissioned an officer and promoted to the rank of 2nd Lieutenant. He was one of the first group of pilots to open an Air Force Base in Gulu. His group included the late Lt. Otunnu Lakor and Jackson Okello. Maruru, a very active pilot trained young Ugandans to become fighter pilots.

He was older than the rest of the pilots in the Uganda Air Force but very cooperative, social and intelligent. In his junior rank, Maruru was respected because of he had the skills required by the Air force. 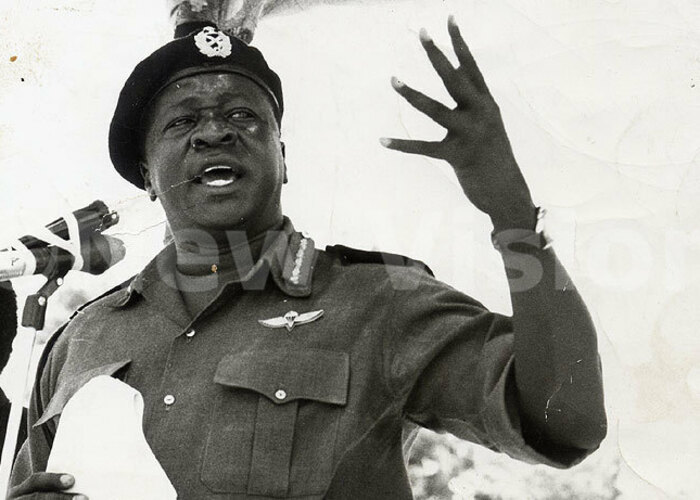 When Amin took power in 1971, Maruru was out of Uganda for another course related to fighter planes in the Royal Air Force Academy in Britain. It was at that time that Idi Amin went on tour in Europe that he visited the academy where he was impressed by Muraru's performance. Amin promoted Maruru to the rank of Captain, while he was still pursuing his course and upon return he elevated Maruru to major.

There was a case of a British professor, Dennis Cecil, who was sentenced to death for calling Amin, a village tyrant. "That is when a senior British officer, Gen. Blair, was sent. Amin called us for a meeting before Gen. Blair arrived.

Amin asked what he should do to Cecil, but unfortunately, everybody was inflaming Amin, reminding him how he had been insulted by the professor," Maruru recalled. Amin was asking individual officers and nobody was trying to challenge what he had decided on.

Then, asking Maruru, Amin said, "You air force, ona sema nini (air force officer, what do you think)?" "I told him that a court was a court, but that we had to look at the issue objectively. I reminded him that our army ran on British equipment, that all our vehicles were Land Rovers and BedFords," Maruru recounted in the media interview. He told him that the army's armoured vehicles, the Saladins, were British-made, and that we had been in the process of negotiating with Britain for Harrier jets. I asked him if, after killing the man, he thought the British would give him spares for what he had already purchased. Maruru said, "this character is about to die of old age. If you kill him and lose all these privileges, will it be worth it?" He kept quiet, started sweating and just wiped sweat off his brow with his [bare] hand.

Then, Blair came and told Amin almost exactly what Maruru had told him. So after that, there must have been a question mark about Maruru. "I was under surveillance after that and it was not surprising that in 1975 that he dismissed me."

When Maruru was dismissed, he decided to find ways of going to exile, since his life was in danger. Through trickery, he found his way to Nairobi, then Dar-es-Salaam. When the liberation war started to fight Amin's regime in 1979, Maruru was one of the men to organise the operation.

He was one of the top commanders of the Kikosi Malum regiment. This was a contingent of troops commanded by Tito Okello and Oyite Ojok. In 1979 during the Uganda National Liberation Front UNLF Government, Maruru became a member of the National Consultative Council, which was the Parliament at that time. After the fall of President Godfrey Binaisa in 1980, the Uganda National Liberation Army appointed Maruru top member of the Military Commission to run the affairs of the country. 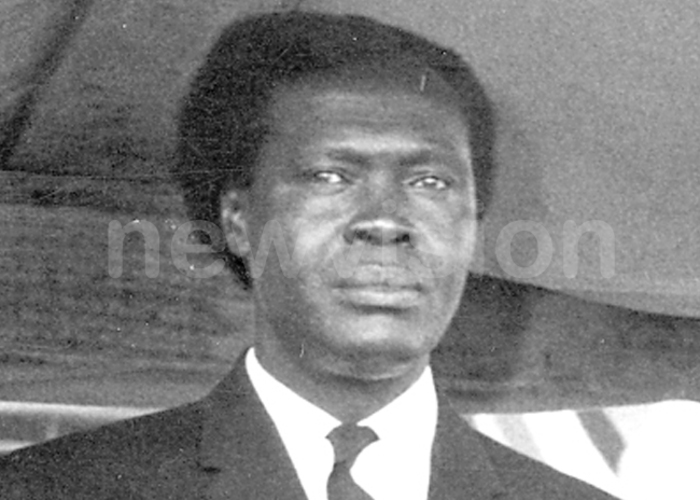 General elections were held in the country in 1980 and Maruru was appointed Brigade Commander in northern Uganda based at Gulu. He was later transferred to command the Brigade in Western Uganda.

Maruru also held a position of Chief of operation and training in the then Uganda National Liberation Army (UNLA). Upon Maj. Gen. Oyite Ojok's death, Maruru's name came up. He was the only senior officer with a better academic background and had done both Infantry and Air Force training at Staff College level. But Obote took on Brig. Smith Opon Acak instead.

This angered the Acholi that when Tito Okello and Bazilio Olara Okello overthrew Obote, Maruru got his next promotion, the last being under Amin. He became Brigadier and shortly after major general and was appointed Army Chief of Staff. 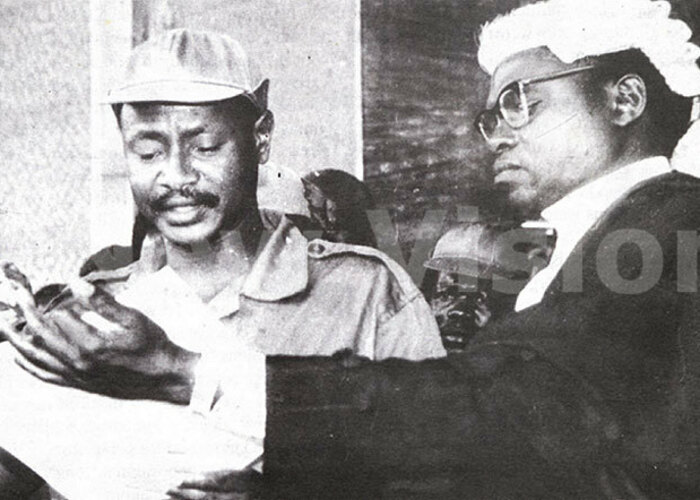 When Museveni captured power, Maruru did not go to exile. "Museveni knew me from Tanzania. He sent his chaps to look for me on the night they entered Kampala. I met him at Republic House that very night.

I told him: "My friend, I have gone through hell, a lot of bad times...Now that you have arrived, if you want me as prisoner of war, fine," he recalled in the media interview. "If you want to let me free, let me go now," said Maruru but Museveni had other plans for him.

"You have worked for everybody, but you cannot work for me or with me?" Asked Museveni. Maruru remained in the army and even stayed in his Kololo house. In 1990, he became the general manager of Uganda Air Cargo, a company that had one aircraft then. "I was in the village when Museveni's boys came looking for me, saying he had a job for me," he says. Maruru retired in 2002.

Basoga most unfaithful, number of virgins up